After the court's judgment, the defence lawyers had claimed that the interview and examination of senior journalist Abhilash Mohan as a 'defence witness' proved crucial in the Bishop's acquittal. 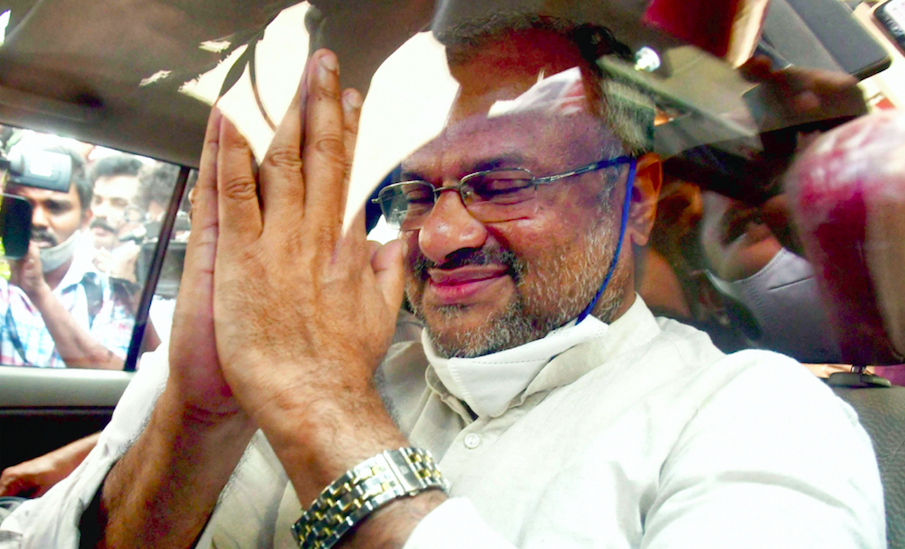 Kochi: “When it is not feasible to separate truth from falsehood, when grain and chaff are inextricably mixed up, the only available course is to discard the evidence in toto,” reads the judgement by the additional sessions court of Kottayam, Kerala, acquitting Franco Mulakkal, head of the Jalandhar diocese of the Catholic Church, who was accused of raping a nun from the Missionaries of Jesus convent in Kuravilangad.

The additional sessions judge, G. Gopakumar, holds that the victim’s statement is “inconsistent” and her claim that she was raped on 13 occasions under duress cannot be taken on the basis of her solitary testimony.

“There is no consistency in the statement of the victim. The grievance projected by her to her companion sisters was that the accused was taking retaliatory steps for not yielding to his sexual desires, whereas her version before the court was that she was forced to do sexual intercourse with the accused on 13 occasions including fingering on the first occasion. Prosecution has failed to give proper explanation for the inconsistent version. Of course, it is contended that initially the victim was reluctant to disclose to her companion sisters about the sexual abuse. But there is no explanation for the omissions made in the first information statement (FIS) and the history narrated to the doctor wherein also penile penetration was not disclosed,” reads the 289-page judgment.

Initially, no allegation of “rape” or “sexual violence” was levelled against the Bishop; the victim complained that the accused forced her to “share a bed” with him, according to the judgment.

In the first investigation statement too, she did not disclose “penile penetration”. Her version was that the accused inserted his fingers into her vagina and that he attempted to thrust his sexual organ into her mouth and that she was forced to hold his sexual organ.

In her cross-examination, the PW1 (primary witness) was asked about this anomaly. She explained that the first information statement was not taken in a free atmosphere. She further stated that she had no trust in the woman police officer who recorded her statement. According to her, the senior inspector of Kuravilangadu police station is an “ex-seminarian”. It was further deposed that after recording her statement, she had telephoned the district police chief and informed him that “she had no faith in PW37”. No such fact has come out from the testimony of the investigating officer. On the other hand, the additional statement of PW1 and the statement of many other witnesses were recorded by PW37 herself. She was part of the investigating team and had recorded as many as 23 statements of various witnesses. None of them has raised any complaint against her. Hence, the explanation of PW1 cannot be accepted on face value, said the judgment.

Even a cursory reading of the judgment suggests that the court had not been in the mood to take the testimony of the witness. Moreover, it is clear from the judgment that a very detailed and lengthy session of testimonial and argument had taken place on an alleged illicit relationship between the victim and a witness (CW16), who is the husband of her cousin and a practising lawyer in the Supreme Court. Even though his wife, who had levelled the allegation of inappropriate relationship between her husband and the victim, retracted the statement in the court, it was not taken into account citing various reasons.

The statements of sister Anupama who was a prime prosecution witness and an active participant in the protest staged by the SOS (Save our Sisters), demanding the arrest of Bishop Franco, were also not regarded as “fully reliable”. The court relied on a television interview the witness had given to journalist Abhilash Mohan, and the senior journalist was examined as a defence witness.

‘Not an innocent move’: Journalist who was made a defence witness in the case

After watching the DVD deposed before the court, DW4 testified that there is no tampering or doctoring of the content of Ext.D17, and that those are the actual questions put by him and the actual answers given by PW4. However, when the same interview was shown to PW4 she denied some of her statements and submitted that the interview appears to be an edited one. The witness’s version in the interview was that even she was not aware about the allegation of rape and unnatural sexual intercourse until the police registered the case’.

The defence lawyers, after the court’s judgment, had claimed that this interview and examination of Abhilash Mohan as a defence witness proved crucial in the acquittal of the Bishop.

“The most important witness in this case is ‘your’ Abhilash Mohan,” said Raman Pillai, the senior counsel for the accused, immediately after the verdict. The most important piece of evidence in this case is what the nun Anupama said on the senior journalist’s close encounter on the Reporter channel. In that interview, sister Anupama had admitted that they came to know about the sexual offence only after the case came to light. The lawyer said that Abhilash had admitted in court that what he was told was being aired and “not edited”.

On the other hand, Abhilash feels this was a ploy by the defence lawyers to discredit the media and they were using him for that purpose.

“Now after the verdict, I do not think it was an innocent move at all,” he said in an article written in Malayalam. “The defence lawyers were building a narrative that the very media that was instrumental in putting this case in the limelight contributed to the acquittal of the Bishop.” His interview with sister Anupama had nothing to do with the case directly and even the prosecution had no objection with him testifying in the court, added Mohan.

The court even cast doubt on the protest staged by the nuns demanding the Bishop’s arrest.

“There is nothing wrong in organising and participating in protests, especially when justice is not seen to be done or when the investigation appears to be tainted. But a protest aimed solely for the arrest of a person cannot be regarded as a protest in good taste,” reads the judgment.

After a detailed analysis of the judgment, the prosecution has decided to move an appeal against the verdict in the high court. According to sources, it will be pointing a string of short falls in the judgment, from discrediting of all prosecution witnesses to unexplained delay in its publication.

The investigation officer, then district superintendent of police S. Harishankar, had already opined that it was a very unusual verdict which was unheard of in the country and they will file an appeal against it.