Nobody Can Be Forced to Take the COVID-19 Vaccine: Supreme Court

A bench of Justices L. Nageswara Rao and B.R. Gavai said bodily autonomy and integrity are protected under Article 21 of the Constitution. 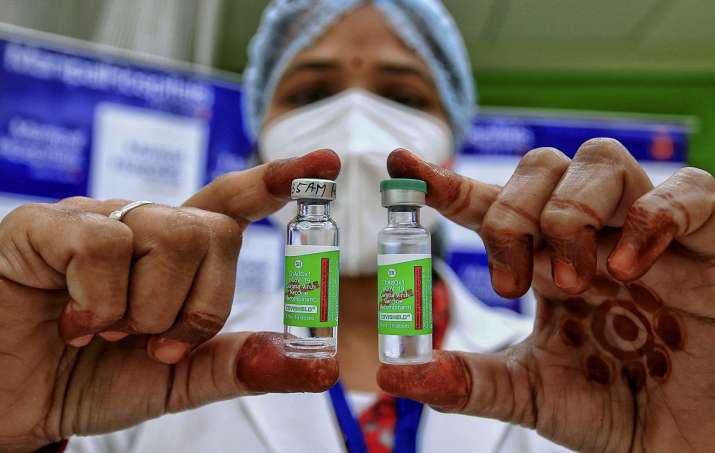 A nurse holds up vials of Covishield. Photo: PTI/Files

New Delhi: The Supreme Court on Monday said that no person can be forced to get vaccinated against COVID-19 and asked the Union government to make public the effects of such immunisation.

A bench of Justices L. Nageswara Rao and B.R. Gavai said bodily autonomy and integrity are protected under Article 21 of the Constitution.

The top court said the current COVID-19 vaccine policy cannot be said to be manifestly arbitrary and unreasonable. “Till numbers are low, we suggest that relevant orders are followed and no restriction is imposed on unvaccinated individuals on access to public areas or recall the same if already not done,” the bench said.

The court also noted that vaccine mandates imposed by various states were “not proportionate”. “No data has been provided by the Union of India or States before us controverting the material placed by petitioner which indicates that the risk of transmission by unvaccinated is at par with vaccinated.In light of this, the vaccine mandates cannot be said to be proportionate till the infection rate remains low and new development of research emergence which justifies the mandate,” LiveLaw quoted the bench as saying.

Regarding segregation of vaccine trial data, subject to privacy of individuals, all trials conducted and to be subsequently conducted, all data must be made available to the public without further delay, it said.

The apex court also directed the Union of India to publish reports on adverse events of vaccines from the public and doctors on a publicly accessible system without compromising data of individuals.

The court delivered the judgement on a plea filed by Jacob Puliyel seeking directions for disclosure of data on clinical trials of COVID-19 vaccines and post-jab cases.

Puliyel is a former member of the National Technical Advisory Group on Immunisation (NTAGI). In his petition, he had argued that by restricting access to public services only to those who are vaccinated, a citizen’s rights are being violated. Many states, NDTV quoted the petition as saying, had made vaccines necessary for state government employees, for travel in public transport and to access subsidised food grains – moves that the petitioner called unconstitutional.

The petitioner had also questioned the government’s methods for reporting Adverse Events Following Immunisation (AEFIs), which he alleged was opaque, flawed and unknown to the public at large. He had asked the court to order that this system be revamped.

The Union government had argued in the court that the petition was against the “national interest”, as it may promote vaccine hesitancy.