B. Ramalinga Raju, convicted for accounting fraud, filed a petition against the docuseries claiming that it was "palpably designed to bring down his reputation". 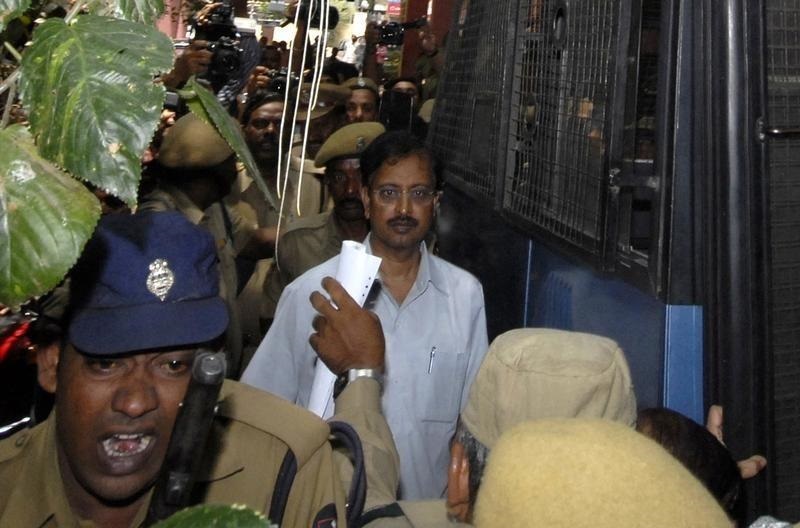 New Delhi: Netflix was unable to release its docuseries Bad Boy Billionaires: India on Wednesday after a Hyderabad civil court on Tuesday passed a restraining injunction based on a petition filed by Satyam founder B. Ramalinga Raju, who will feature in the series.

According to The News Minute, Raju – who was convicted in the Satyam accounting scam – sought orders to restrain Netflix from releasing the series on the ground that it would invade his privacy in an unlawful manner. Raju, who has been out on bail since 2015, also claimed in the petition that the narrative presented in the docuseries contained “half-truths and was palpably designed to bring down his reputation”.

Asked about Netflix’s strategy now that the series has been restrained, an official spokesperson The Wire, “We don’t have a comment to share.”

The docuseries, which investigates allegations of financial fraud against businessmen Vijay Mallya, Nirav Modi, Subrata Roy and Ramalinga Raju, has been mired in legal troubles.

Before Raju, Roy and Mehul Choski approached courts to seek a stay on the docuseries’ release. Roy, who is accused of fraud in the Sahara investor case, was able to obtain an interim stay preventing Netflix from using his name in the series. The Delhi high court asked Netflix to consider granting Choksi, allegedly involved in the PNB scam, a pre-screening.

Bad Boy Billionaires was described on Netflix as an investigative docuseries that explores the “greed, fraud and corruption that built up – and ultimately brought down – India’s most infamous tycoons”.

“What would you do to make it to the top? To build an empire? To maintain an image? Bad Boy Billionaires answers just that. Dive into the stories of India’s most infamous billionaires – Vijay Mallya, Nirav Modi, Subrata Roy, and Byrraju Ramalinga Raju as they plan, plot and manoeuvre through their rises and falls. Watch as insiders and experts discuss what made these men genius and, in some cases, the greatest conmen,” reads Netflix’s description of the series.

The over the top (OTT) streaming service had released the trailer for the docuseries on its platform, which was taken down after Roy obtained an interim stay.

In January 2009, Raju confessed that Satyam’s books and profits were cooked to the tune of several thousand crore rupees. He was arrested and later convicted in the scam, which was described as India’s biggest corporate fraud, along with two of his brothers and seven others to seven years in prison in the case. However, a month later, the metropolitan sessions court suspended their sentence and granted them bail.

On Wednesday, the Supreme Court refused to entertain Netflix’s appeal against the stay obtained by Roy. A bench headed by Chief Justice S.A. Bobde granted liberty to Netflix to approach the Patna high court against the order passed by a lower court at Araria, Bihar.

The bench issued notice on a separate petition filed by Netflix seeking the transfer of petitions pertaining to the web series which are pending in various high courts. The OTT service requested the apex court to transfer these matters to itself.

Senior advocate Vikas Singh, appearing for Sahara India, opposed the Netflix plea and said that the order was passed by a civil judge and an appeal would lie before the district judge and not before the high court or the apex court.