Counsel for Aryan Khan argued that since no drugs had been seized from him, he should not be penalised at the stage of granting bail. 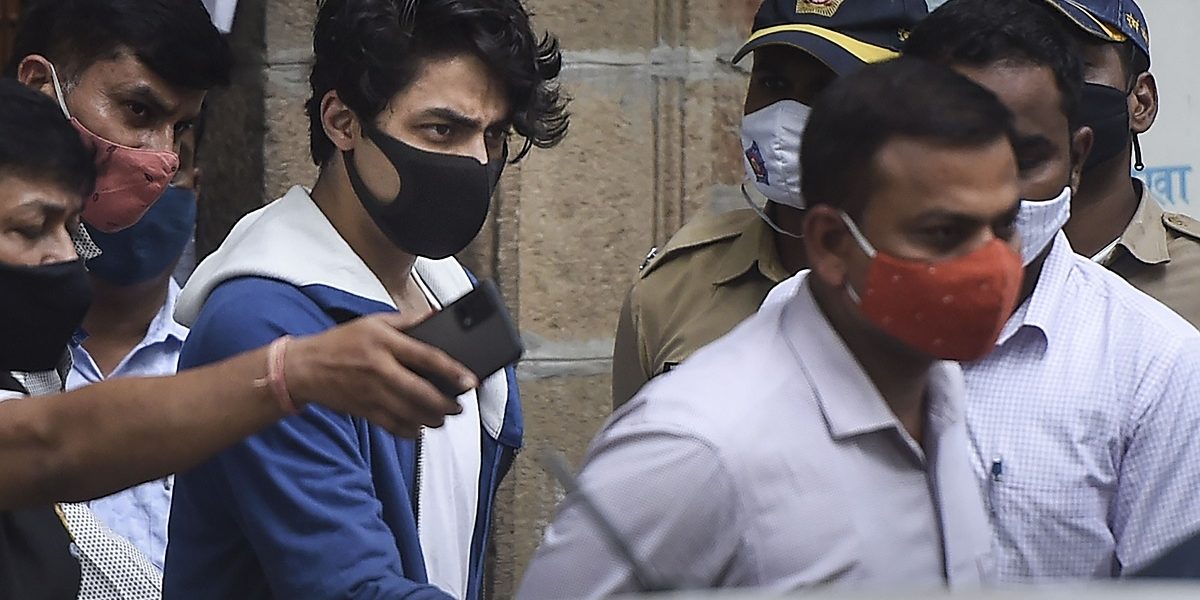 Mumbai: The Narcotics Control Bureau (NCB) on Wednesday told a special court that its probe has revealed that Aryan Khan, son of Bollywood superstar Shah Rukh Khan, arrested in connection with the seizure of banned drugs on board a cruise ship off Mumbai coast, was involved in the conspiracy, illicit drug trafficking as well as its procurement and consumption.

Senior counsel Amit Desai, appearing for Aryan Khan, termed the NCB’s contention as “inherently absurd” and argued that when there was no recovery of drugs from him, then he should not be penalised at the stage of granting bail.

Desai told the court that the accused in the present case are young adults and not drug peddlers, traffickers or racketeers.

“In many countries, these substances (drugs) are legal. Let us not penalise them at this stage when bail is sought. Let us not make it worse for them (accused). They have suffered enough and they have learnt their lesson, if at all,” he said.

Special Judge V.V. Patil, designated to hear matters related to the Narcotics Drugs and Psychotropic Substances (NDPS) Act, was on Wednesday hearing the bail plea filed by Aryan Khan. The court will continue hearing the plea on Thursday.

The NCB, while opposing the bail plea, said that Aryan Khan had been consuming drugs for a few years now and was in touch with some persons who appear to be a part of an international drug network for procurement of drugs. Further probe is on with regard to the financial transactions done abroad, the agency said.

“During the initial investigation, some international linkages pertinent to this applicant (Aryan Khan) have been unearthed, which prima facie indicate towards illicit drug procurement. The investigation requires sufficient time so as to approach the foreign agency concerned,” the NCB said in its affidavit.

Additional solicitor general Anil Singh, appearing for the NCB, argued that even if one accused is released on bail, then the investigation would be hampered. He told the court that WhatsApp chats of the accused (Aryan Khan and Arbaaz Merchant) refer to bulk quantities of drugs and chats with a foreign national.

“The entire nation is concerned with drug trafficking and consumption of drugs is a serious offence. Day in and out, parties are organised and drugs are consumed by people including college students,” Singh argued.

He further opposed Aryan Khan’s argument that there has been no recovery from him and said Arbaaz Merchant first met Aryan Khan at his residence and then started for the cruise.

“As per the NCB panchnama, the contraband (six grams of charas) found in Arbaaz’s possession was to be used for consumption. Aryan Khan knew of this possession and hence this would amount to conscious possession,” Singh said.

The NCB, in its affidavit, claimed that it was prima facie revealed that accused No 1 (Aryan Khan) used to procure contraband from accused No 2 (Arbaaz Merchant) and the sources connected to accused No 2, from whose conscious possession six grams of charas was recovered.

It added that the case of each of the accused cannot be considered individually or separately as prima facie investigation reveals that there is a close link/nexus among all the accused including Aryan Khan for conspiracy to commit offences.

“It is not feasible to dissect or separate each from the other. All ingredients of the crime that are preparation, intention, attempt and commission are present for this applicant (Aryan Khan),” the affidavit said.

Aryan Khan was arrested on October 3 following a raid on the cruise ship and is presently in judicial custody. He is lodged at the Arthur Road prison. He approached the special court seeking bail after a magistrate’s court rejected the same last week.

Desai argued that there was no recovery of any contraband from Aryan Khan.

“He (Aryan Khan) did not even have any cash. Hence, he had no plans to purchase. If he had no contraband then he was not going to consume or sell,” Desai said.

He further argued that on October 3 only three persons were arrested Aryan Khan, Arbaaz Merchant and Munmun Dhamecha. The others were arrested subsequently. “The NCB cannot bring in unconnected persons and call it a conspiracy,” Desai said.

He told the court that the intermediate and commercial quantities of drugs allegedly recovered by the NCB are from the people that Aryan Khan had nothing to do with and said the NCB should have lodged two different cases.

Desai told the court that when admittedly there has been no recovery of drugs from Aryan Khan there is no need to keep him in custody anymore.

The senior counsel further argued that India as a country has moved into a reformative state where earlier the punishment for consumption of drugs was five years and was brought down to one year in the year 2001.

The NCB in its affidavit said that the material collated during investigation primarily revealed that Aryan Khan has a role in illicit procurement and distribution of contraband.

Prima facie investigation reveals a close nexus between all the accused persons and their involvement in the conspiracy to commit illegal acts cannot be ruled out, it said.

“The case of each applicant cannot be considered in isolation. All these persons are an integral part of a common thread which cannot be separated or dissected from one another. In such a situation, the quantum of recovery (of drugs) from one accused becomes inconsequential,” the affidavit said.

“Considering the influence that Aryan Khan holds in the society, it is very much possible that he may tamper with evidence and influence other witnesses whom he personally knows,” he affidavit said, adding that there is also a possibility of the accused fleeing justice.

Advocate Ali Kashif Khan Deshmukh, appearing for Dhamecha, argued that no case was made out against her and that she was a fashion model who was invited to the cruise. He said Dhamecha doesn’t know Aryan Khan or Arbaaz Merchant, but only that Aryan is a famous person.

So far 20 persons have been arrested in the case.