Activists say exempting persons with disabilities is not the answer, but the law should take the reality into account and provide guidelines accordingly. 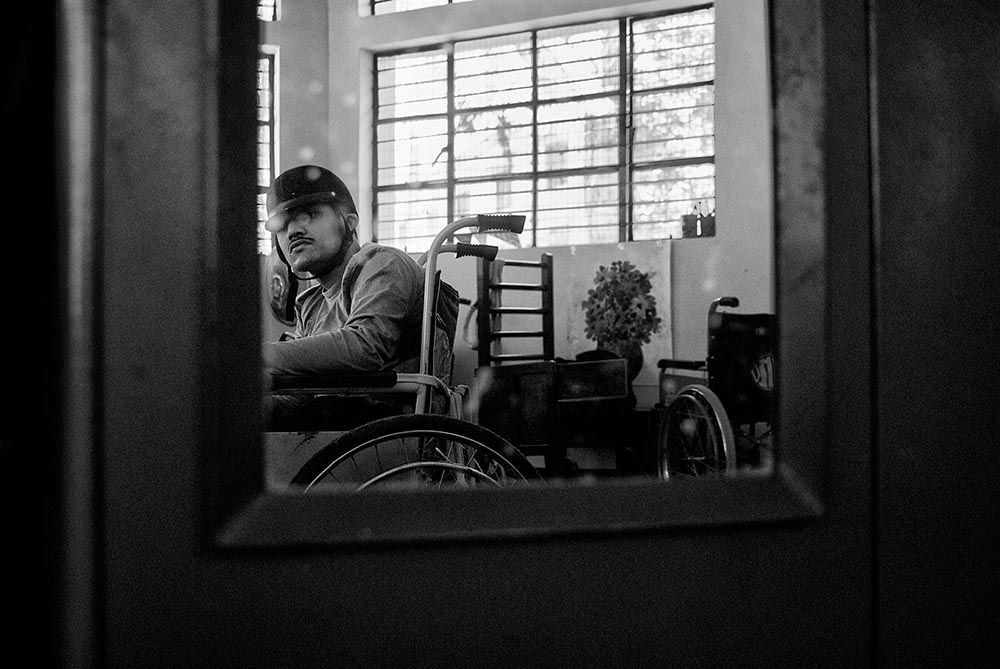 New Delhi: The guidelines sent by the home ministry to the Supreme Court on how persons with disabilities (PwDs) should conduct themselves when the national anthem is played has triggered a controversy with several people criticising the ministry for being ‘insensitive’. However, among activists fighting for disability rights, the opinion is divided on whether a strict classification is required or whether showing respect should be left to the senses and the ability of PwDs. Activists are unanimous in the opinion that a proper protocol should be put in place to alert PwDs well in advance before the anthem is played.

Among other things, the guidelines stated: “The persons with locomotor disabilities and other wheel chair users having affected lower limps shall position himself/herself to the extent of maximum attentiveness and alertness with or without the help of appropriate aids and appliances. For example, a wheel chair bound person with disability shall make the wheel chair static, position himself/ herself maintaining the maximum possible alertness possible”. Similarly the guidelines also spelt out how persons with hearing disabilities, with blindness or low vision, or with intellectual disabilities should conduct themselves.

Referring to the guidelines, Anjlee Agarwal, accessibility consultant and co-founder of Samarthyam: National Centre for Accessible Environments, said she was very apprehensive about how they could be met.

“What would happen if PwDs using wheelchairs or sitting in the seat cannot get up as according to the guidelines they may be required to sit straight and balance their bodies. But many such PwDs are not able to move their limbs. In some cases people with severe cerebral palsy or Parkinson’s or with multiple sclerosis even find it very difficult to hold on to the body movements because there are some involuntary movements which keep happening which cannot be controlled.”

As a consequence, she said, “to someone who is ignorant or some stranger sitting next to a person with disability, it would seem that the PwD is intentionally moving his or her head or intentionally moving the limb. In such a condition where one person does not have control over their body movements, what would happen?”

Apparently, Agarwal’s reference had much to do with the manner in which some PwDs have been assaulted in cinema halls by ignorant people in the past.

“For other persons with disability though, as in my case of muscular dystrophy, it may be slightly easier. I saw Dangal recently in a theatre and when the national anthem played I kept myself erect in the wheelchair. But in a theatre for a person with cerebral palsy it would be extremely difficult to control involuntary movements. So it is not the same for everyone,” she said.

Agarwal insists that “exemption is not the answer”. She says directions such as sitting straight with hands down should be done away with as for some people with disabilities these may be very difficult to adhere to.

The Rights of Persons with Disabilities Act, she said, provides several exemptions and concessions for PwDs over 40%. “But when it comes to a movie, do you expect people to be carrying their disability certificates with them. So there should be some disability specific relaxations in keeping with the disability-related severity. If someone is not showing respect intentionally then it is one thing, but otherwise you need to be lenient towards PwDs. Also there is a thin line between the intensity of disability – between mild, which is up to 40%, profound which is between 40 % and 80%, and severity which is over 80%”.

She also said that the norms for playing the national anthem should be standardised. “It should either be played before the advertisements or just before the movie. Also there should be an alert message much in advance – say 30 seconds – so that everyone is ready for it. I was being shifted from my wheelchair to the seat when the national anthem was played out and my helper and me and several others in the hall were left completely surprised.”

The government should also have norms for playing of the national anthem in a movie scene, she said. “In Dangal there is a scene where the national anthem is played after a wrestler wins a competition. Now for this scene, no one got up while the anthem was played. So does that not amount to showing disrespect to the national flag and the national anthem. Also where was the need to play the full anthem when the recent Supreme Court guidelines clearly lay out that the anthem cannot be played for commercial gains. Is the movie not a commercial venture?”

A different point of view

“I am myself a wheelchair user but I have another identity and that is the greater identity – that I am an Indian. The point is very simple that we as citizens of India must respect our flag. And when the national anthem is played we should show it respect. All my life I have attended functions in schools, college and elsewhere where the national anthem has been played and what you do is show respect and assume a certain posture. So while I can’t get up, I assume an erect posture with my hands down and folded to do so.”

Because of this controversy, Abidi questioned if it would be right for PwDs to approach the Supreme Court to exempt them. “That would be, according to me, stupid and preposterous. By taking the easier way out, you are – knowingly or unknowingly – reinforcing that traditional image of garnering sympathy for the disabled, that we are special people and we should be treated specially.”

“I don’t agree with that. I am as much a citizen of this country as anyone else. And if I am making a demand on my country and demanding equality, education and jobs and accessibility then I also owe it to my country to show respect and pay respect where it is needed.”

As for the fear of vigilantism or someone misbehaving with a disabled person in a cinema hall, the remedy lies in the Indian Penal Code and not in these guidelines, Abidi said. Acknowledging that there have been unfortunate incidents like what happened to Salil Chaturvedi in Goa, he said in all such cases a police complaint would be in order.

On the larger issue of showing respect, Abidi said while the issue of whether national anthem should be played in cinema halls may be controversial, the fact remained that even if you remove it from cinema halls it would continue to be played at other events.

“It is for this reason that the Supreme Court had asked the Centre for its opinion on the guidelines and the matter was referred through the ministry of home affairs which had sought the views of the ministry of social justice and empowerment, the nodal ministry for disability issues, in this regard. I had also seen the guidelines which were sent and did not find anything wrong with them. They just explain types of disability and the ways to deal with them reasonably well,” he explained.

He said the ministry’s guidelines fails to acknowledge that not all PwDs are the same and rather than issuing general guidelines it should specify how each category should conduct themselves.

Abidi said what is needed from the Centre is a protocol – when exactly should the national anthem be played, whether before or after the advertisements, for it should not be played abruptly between advertisements. Also there should be a prior notice with some reasonable time lag to alert the patrons. The policy of having signs or subtitles for those impaired of hearing should also be made mandatory and one of the ministries, like the information and broadcasting ministry, should be tasked with it to do away with arbitrariness.