Over 60 people died in the communal clashes and 40,000 were displaced. 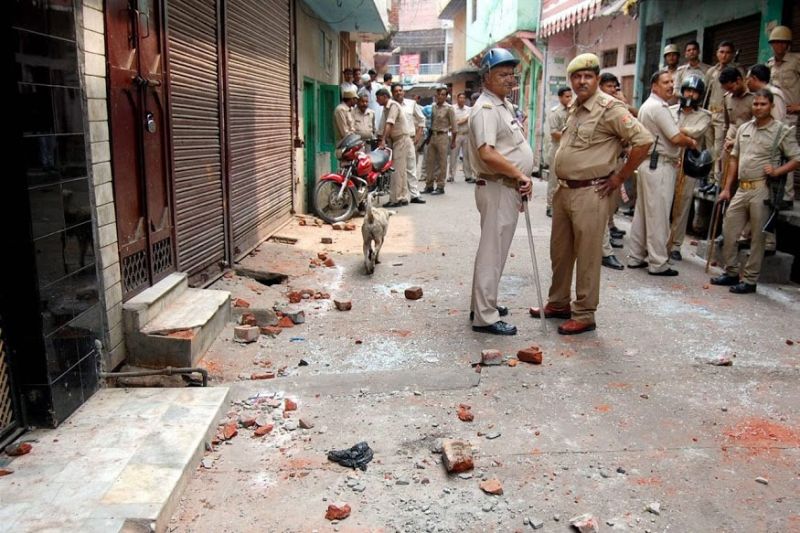 File photo of policemen standing in the street of riot-affected Muzaffarnagar in 2013. Credit: PTI

Muzaffarnagar: A court on Tuesday fixed September 24 as the date to frame charges in a Muzaffarnagar riots case against the former Uttar Pradesh minister Saeeduzama and nine others.

The former UP minister along with former MP Kadir Rana, ex-MLA Maulana Jameel and seven others have been accused of inciting communal tensions through inflammatory speeches in 2013.

Special Judge Gopal Upadhyay has fixed September 24 for framing of charges after eight of the accused appeared before him on Tuesday.

Over 60 people died in the communal clashes and 40,000 were displaced.