A decade-long agitation and finally a favourable order by the Aurangabad bench of the Bombay HC has led to the registration of a criminal case in the alleged embezzlement of funds at a temple trust. 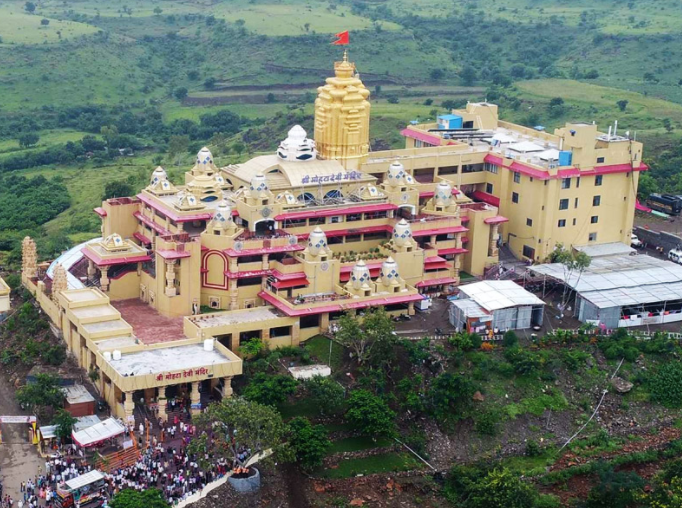 Mumbai: Over a decade ago, three sitting district judges, also members of a temple trust, were allegedly involved in a rather bizarre act of superstition and embezzlement of funds. A decade-long agitation and a favourable order by the Aurangabad bench of the Bombay high court has now led to the registration of a criminal case in the incident. The judges, even as they continue to preside over their respective courts across different districts of Maharashtra, are facing the inevitability of arrest.

Anticipating police action, one of the three sitting sessions judges, Nitin Tribhuvan, had to urgently move a pre-arrest bail application before another sessions court. The court, however, rejected his application observing that the charges against him are of “serious nature”. While Tribhuvan continues to serve as an additional sessions judge in Kandhar at Nanded district, the Pathardi police investigating the case are in the process of seeking appropriate permissions to proceed with his custodial interrogation.

Tribhuvan was an ex-officio member of a renowned Mohta Devi temple in Ahmednagar district in western Maharashtra from 2010 onwards when he along with other trust members – which included the then principal judge of Ahmednagar Nagesh Nhavkar and another judicial officer – had allegedly passed an illegal resolution to use the trust’s money to buy 2 kg gold, which they wanted to bury underneath the temple to “boost” the goddess’s power.

The Shri Jagdamba Devi Sarvajanik Trust, commonly known as Mohata Devi trust, was directed by local godman Pradip Jadhav to get a weapon made out of the 2 kg of gold. It spent another Rs 25 lakh of the trust to carry out a bizarre ritual. This entire ritual, the FIR states, had been done without seeking any permission or floating a tender. And more importantly, the act doesn’t have any mention in the trust’s scheme of action. Nhavkar (wrongly mentioned as Nhavalkar in the FIR) has been named as the prime accused in the case. According to the National Judicial Data Grid website, Nhavkar is presently deputed as the president of the industrial court in Mumbai.

The Mohta Devi temple, which sees several lakh devotees every year, has been mired in controversies for a very long time. Even before this matter came to light, issues of alleged irregularities and misappropriation of funds were raised twice in the state assembly session, even leading to an inquiry in one instance. However, this is the first time that police action has been taken. Two persons – Jadhav and another trust member Sandip Palve – have already been arrested in the case.

The case dates back to 2010, when Tribhuvan was one of the ex-officio trustees of the Shri Jagdamba Devi Sarvajanik Trust in Mohote village in Pathardi taluka. In his anticipatory bail application, Tribhuvan has claimed that since he was only an ex-officio member and important decisions were taken by the director (Nhavkar at the time of the incident), he should be given court protection against the arrest.

The police, however, forcefully opposed the application and claimed that the two arrested accused – Jadhav and Palve – have spilt “crucial information” against Tribhuvan and other yet to be arrested accused persons in the case. The police, represented by the director-general of prosecution, S.K. Patil, told the court that, all trustees including Tribhuvan have committed “illegal acts and have passed illegal resolutions”. The two resolutions – passed on September 12, 2010 and December 12, 2010 – have Tribhuvan’s signatures on them.

Although the case dates back to 2010, it first came to light in 2017, when following a series of stories in the local Marathi daily Lokmat, Andhashraddha Nirmoolan Samiti (ANiS), an organisation founded by slain rationalist Narendra Dabholkar, moved the charity commissioner’s office seeking action. No action was initiated even after much evidence was provided. But the case gained some impetus after it was raised in the assembly by Shiv Sena leader Neelam Gorhe. (Sena, along with the BJP, was leading the state then.)

Soon after, in 2019, a Pathardi resident, Namdev Garad, moved the Aurangabad bench of the Bombay high court seeking action against the trust members. Garad, in his criminal writ petition, raised several pertinent questions – superstition as one of his primary concerns. The court, clubbing ANiS’s complaints to the charity commissioner, ordered a police investigation early this year.

The court accepted Garad’s application for registration of a case under several sections of the Indian Penal Code and the Maharashtra Prevention of Eradication of Human Sacrifice and Other Inhuman, Evil and Aghori Practices and Black Magic Act, 2013 for cheating, criminal breach of trust, criminal conspiracy and promotion and propagation of “evil practices”. Tribhuvan, in his pre-arrest application, has opposed the application of the black magic law as it came into effect three years after the said crime. The additional sessions judge N.L. Kale, however, referred to the high court order and rejected Tribhuvan’s argument. 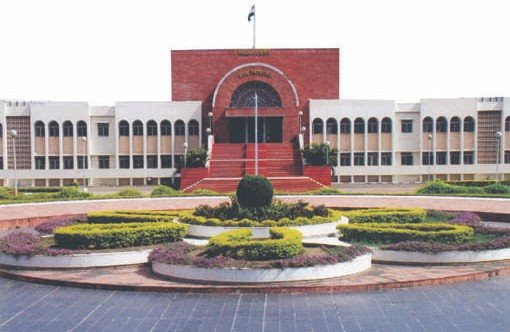 The Pathardi police, which received a favourable order on March 5 from a sessions court in Ahmednagar against Tribhuvan, say they are awaiting orders from the high court and other higher officials to initiate action against the sitting judges. The police will have to seek sanction under section 197 of the Code of Criminal Procedure for prosecution of judges in the case.

The Wire made several attempts to contact the Bombay high court registrar general Shivkumar Dige for his response. Each time, his office said that Dige was busy and unable to attend calls. The Wire also tried to reach out to Tribhuvan but was not successful. The story will be updated as and when their responses are received.

The FIR, filed on February 2, has mentioned the names of three ANiS members as complainants. One of them, Ranjana Gawande, a resident of Sangamner city in Ahmednagar and also a lawyer, told The Wire that the incident did not just involve embezzlement of trust funds but several other “disturbing practices” that need thorough investigation.

Gawande says their investigation – which has been taken seriously by both the high court and the local police – found that the accused Jadhav had demanded “gorochan” or a cow’s gallstone for the ritual. Each gram of this stone costs Rs 2,000, and Jadhav, along with another accused, had asked for 500 grams. “One has to ascertain where did they procure so many gallstones, how many cows had to be killed in the process,” Gawande told The Wire.

This case, Gawande says, exposes a deeper nexus between religious institutes and the judiciary which she said “goes unchecked”. “It is not about just one trust in one district but several other trusts that have either colluded or hoodwinked judicial officers and misappropriated crores of public fund. With this case, we hope for transparency and accountability both from the sate and judiciary,” Gawande added.