An FIR has been registered against the four under Section 307 (attempt to murder) after they were arrested for allegedly 'misbehaving' with and 'assaulting' RSS district pracharak Manoj Kumar and other workers at Devraha Baba ghat. 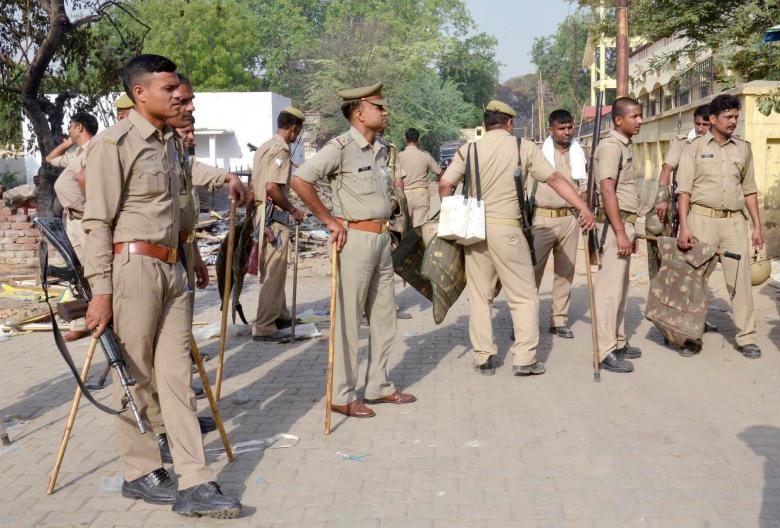 New Delhi: Mathura police have arrested four policemen – including a sub-inspector and two home guards – for allegedly “misbehaving” with and assaulting” RSS district pracharak Manoj Kumar and other workers as they were bathing at the Yamuna’s Devraha Baba ghat on Saturday, the Times of India reported. They have been booked on charges of attempt to murder.

According to the report, the two policemen have been suspended by the Mathura senior superintendent of police (SSP). The report further said that action against the home guards will be taken by their commandant.

SSP Guarav Grover told TOI that an FIR has been registered against the four — sub-inspector P.K. Upadhyaya, constable Amit and home guards Harendra Tomar and Rajesh – under Section 307 (attempt to murder) of IPC on a complaint filed by Manoj Kumar.

Following this incident, BJP workers gathered at the police chowki. Clashes were reported between police personnel and BJP workers. Some police officers also resorted to lathi-charge while BJP and RSS workers were protesting outside Shau Shaiya hospital in Vrindavan.

During the clashes, one BJP worker was reportedly injured.

According to the report, in one of videos, a woman, along with BJP councillor Rashmi Sharma, is seen thrashing a policeman with slippers. In another video, some protesters are seen chasing cops and beating them.