Mastering the Art of Keeping Indians Under Surveillance

In its present state, Indian surveillance law is unable to bear the weight of the CMS project, and must be vastly strengthened to protect privacy and accountability before the state is given direct access to communications. 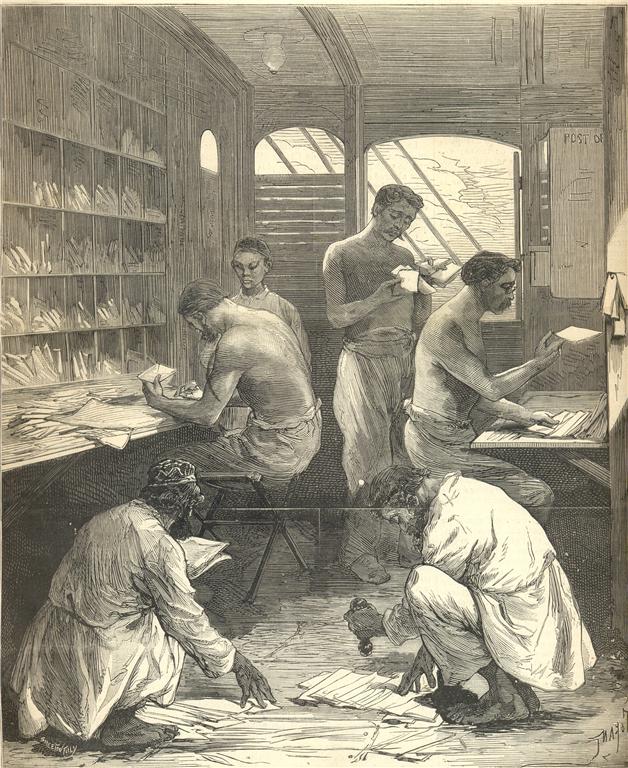 In its first year in office, the National Democratic Alliance government has been notably silent on the large-scale surveillance projects it has inherited. This ended last week amidst reports the government is hastening to complete the Central Monitoring System (CMS) within the year.

In a statement to the Rajya Sabha in 2009, Gurudas Kamat, the erstwhile United Progressive Alliance’s junior communications minister, said the CMS was a project to enable direct state access to all communications on mobile phones, landlines, and the Internet in India. He meant the government was building ‘backdoors’, or capitalising on existing ones, to enable state authorities to intercept any communication at will, besides collecting large amounts of metadata, without having to rely on private communications carriers.

This is not new. Legally sanctioned backdoors have existed in Europe and the USA since the early 1990s to enable direct state interception of private communications. But the laws of those countries also subject state surveillance to a strong regime of state accountability, individual freedoms, and privacy. This regime may not be completely robust, as Edward Snowden’s revelations have shown, but at least it exists on paper. The CMS is not illegal by itself, but it is coloured by the compromised foundation of Indian surveillance law upon which it is built.

The CMS is a technological project. But technology does not exist in isolation; it is contextualised by law, society, politics, and history. Surveillance and the CMS must be seen in the same contexts.

The great sociologist Max Weber claimed the modern state could not exist without monopolising violence. It seems clear the state also entertains the equal desire to monopolise communications technologies. The state has historically shaped the way in which information is transmitted, received, and intercepted. From the telegraph and radio to telephones and the Internet, the state has constantly endeavoured to control communications technologies.

Law is the vehicle of this control. When the first telegraph line was laid down in India, its implications for social control were instantly realised; so the law swiftly responded by creating a state monopoly over the telegraph. The telegraph played a significant role in thwarting the Revolt of 1857, even as Indians attempted to destroy the line; so the state consolidated its control over the technology to obviate future contests.

This controlling impulse was exercised over radio and telephones, which are also government monopolies, and is expressed through the state’s surveillance prerogative. On the other hand, because of its open and decentralised architecture, the Internet presents the single greatest threat to the state’s communications monopoly and dilutes its ability to control society.

The power to intercept communications arises with the regulation of telegraphy. The first two laws governing telegraphs, in 1854 and 1860, granted the government powers to take possession of telegraphs “on the occurrence of any public emergency”. In 1876, the third telegraph law expanded this threshold to include “the interest of public safety”. These are vague phrases and their interpretation was deliberately left to the government’s discretion.

This unclear formulation was replicated in the Indian Telegraph Act of 1885, the fourth law on the subject, which is currently in force today. The 1885 law included a specific power to wiretap. Incredibly, this colonial surveillance provision survived untouched for 87 years even as countries across the world balanced their surveillance powers with democratic safeguards.

The Indian Constitution requires all deprivations of free speech to conform to any of nine grounds listed in Article 19(2). Public emergencies and public safety are not listed. So Indira Gandhi amended the wiretapping provision in 1972 to insert five grounds copied from Article 19(2). However, the original unclear language on public emergencies and public safety remained.

Indira Gandhi’s amendment was ironic because one year earlier she had overseen the enactment of the Defence and Internal Security of India Act, 1971 (DISA), which gave the government fresh powers to wiretap. These powers were not subject to even the minimal protections of the Telegraph Act. When the Emergency was imposed in 1975, Gandhi’s government bypassed her earlier amendment and, through the DISA Rules, instituted the most intensive period of surveillance in Indian history.

Although DISA was repealed, the tradition of having parallel surveillance powers for fictitious emergencies continues to flourish. Wiretapping powers are also found in the Maharashtra Control of Organised Crime Act, 1999 which has been copied by Karnataka, Andhra Pradesh, Arunachal Pradesh, and Gujarat.

Meanwhile, the Telegraph Act with its 1972 amendment continued to weather criticism through the 1980s. The wiretapping power was largely exercised free of procedural safeguards such as the requirements to exhaust other less intrusive means of investigation, minimise information collection, limit the sharing of information, ensure accountability, and others.

This changed in 1996 when the Supreme Court, on a challenge brought by PUCL, ordered the government to create a minimally fair procedure. The government fell in line in 1999, and a new rule, 419A, was put into the Indian Telegraph Rules, 1951.

Unlike the United States, where a wiretap can only be ordered by a judge when she decides the state has legally made its case for the requested interception, an Indian wiretap is sanctioned by a bureaucrat or police officer. Unlike the United Kingdom, which also grants wiretapping powers to bureaucrats but subjects them to two additional safeguards including an independent auditor and a judicial tribunal, an Indian wiretap is only reviewed by a committee of the original bureaucrat’s colleagues. Unlike most of the world which restricts this power to grave crime or serious security needs, an Indian wiretap can even be obtained by the income tax department.

Rule 419A certainly creates procedure, but it lacks crucial safeguards that impugn its credibility. Worse, the contours of rule 419A were copied in 2009 to create flawed procedures to intercept the content of Internet communications and collect metadata. Unlike rule 419A, these new rules issued under sections 69(2) and 69B(3) of the Information Technology Act 2000 have not been constitutionally scrutinised.

Despite its monopoly, the state does not own the infrastructure of telephones. It is dependent on telecommunications carriers to physically perform the wiretap. Indian wiretaps take place in three steps: a bureaucrat authorises the wiretap; a law enforcement officer serves the authorisation on a carrier; and, the carrier performs the tap and returns the information to the law enforcement officer.

There are many moving parts in this process, and so there are leaks. Some leaks are cynically motivated such as Amar Singh’s lewd conversations in 2011. But others serve a public purpose: Niira Radia’s conversations were allegedly leaked by a whistleblower to reveal serious governmental culpability. Ironically, leaks have created accountability where the law has failed.

The CMS will prevent leaks by installing servers on the transmission infrastructure of carriers to divert communications to regional monitoring centres. Regional centres, in turn, will relay communications to a centralised monitoring centre where they will be analysed, mined, and stored. Carriers will no longer perform wiretaps; and, since this obviates their costs of compliance, they are willing participants.

In its annual report of 2012, the Centre for the Development of Telematics (C-DOT), a state-owned R&D centre tasked with designing and creating the CMS, claimed the system would intercept 3G video, ILD, SMS, and ISDN PRI communications made through landlines or mobile phones – both GSM and CDMA.

There are unclear reports of an expansion to intercept Internet data, such as emails and browsing details, as well as instant messaging services; but these remain unconfirmed. There is also a potential overlap with another secretive Internet surveillance programme being developed by the Defence R&D Organisation called NETRA, no details of which are public.

In its present state, Indian surveillance law is unable to bear the weight of the CMS project, and must be vastly strengthened to protect privacy and accountability before the state is given direct access to communications.

But there is a larger way to understand the CMS in the context of Indian surveillance. Christopher Bayly, the noted colonial historian, writes that when the British set about establishing a surveillance apparatus in colonised India, they came up against an established system of indigenous intelligence gathering. Colonial rule was at its most vulnerable at this point of intersection between foreign surveillance and indigenous knowledge, and the meeting of the two was riven by suspicion. So the colonial state simply co-opted the interface by creating institutions to acquire local knowledge.

The CMS is also an attempt to co-opt the interface between government and the purveyors of communications; because if the state cannot control communications, it cannot control society. Seen in this light, the CMS represents the natural culmination of the progression of Indian surveillance. No challenge against it that does not question the construction of the modern Indian state will be successful.

Bhairav Acharya is an Indian constitutional lawyer based in Delhi and Bangalore.