Th. Shyamkumar Singh jumped to the BJP without resigning and became a minister in March 2017. New Delhi: Days after Congress and JD(S) MLAs in Karnataka shifted their support to the BJP to help the latter form the government, the Manipur high court has come down heavily on the assembly speaker of the north-eastern state, under the BJP’s rule, for not disqualifying a Congress MLA, Th. Shyamkumar Singh, for the last two-and-a-half years. Shymakumar jumped to the BJP and became a minister in the N. Biren Singh-led Manipur government in March 2017, without resigning from the party or seeking a re-election, thus violating the tenth schedule of the Constitution.

On July 23, Justice Kh. Nobin Singh disposed two petitions filed by Congress MLAs T.N. Haokip and Md. Fajur Rahim against the turncoat minister, the speaker and the assembly secretary, citing jurisdiction issue. But it made a lengthy observation about the “inaction and indecision” of the speaker – BJP MLA from Singjamei constituency Yumnam Khemchand Singh – in the matter.

Shyamkumar is the minister for municipality and administration, housing and urban development (MAHUD), town planning, forest and environment, horticulture and soil conservation.

“It may not be appropriate for this court to pass any order for the time being, as regards the inaction or indecision on the part of the Speaker to take a decision and moreover, the judicial discipline and propriety demand that High Court shall refrain from issuing a writ petition of quo warrant to declaring the public office of the minister being held by the minister as illegal.”

Shyamkumar Singh won the Andro seat in the 2017 assembly elections. Though Congress was the single largest party with 28 seats, it fell three seats short of the required number to achieve simple majority in the 60-member assembly. The BJP, with 21 seats, stitched up an alliance with the Naga People’s Front (NPF), the Nationalist People’s Party (NPP) and the Lok Janashakti Party (LJP), thus taking its tally to 30 seats. This was still one short of the majority mark. Shyamkumar Singh’s defection to the BJP thus helped the party form a coalition government. 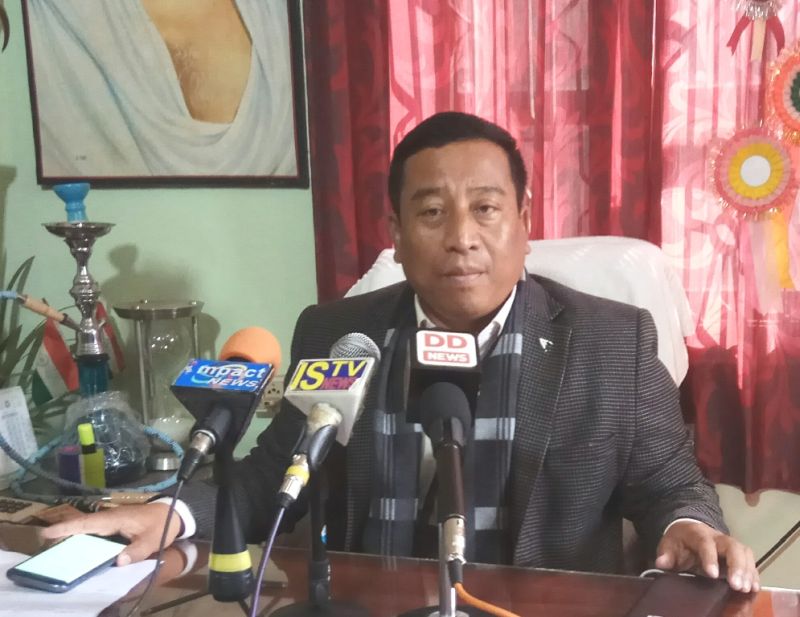 Appeals to the tribunal court of the speaker

Prior to knocking on the high court’s door, the state Congress filed as many as 13 petitions at the tribunal court of the speaker to bring disqualification proceedings against Shyamkumar, but failed to see any action. Thereafter, T.N. Haokip, the former state Congress chief, filed a petition against it in the state high court, followed by another one by Rahim, K. Meghachandra and others. Since 2018, the court had been hearing the petitions. On July 2, it reserved its order in the case.

It is important to note that since the speaker did not take any action against the erring Congress MLA, allowing the BJP-led government to stand despite violating constitutional norms under the anti-defection law, seven other Congress MLAs in the state have publicly joined the BJP without resigning from their MLA posts. The state Congress also filed petitions in the speaker’s tribunal against these MLAs in November 2018, but again to no avail.

Speaking to this correspondent in May 2018 on the issue, senior Imphal-based journalist and political commentator Laba Yambem had said, “What is interesting is that though these MLAs have become part of the BJP without resigning from the Congress, when the assembly is in session, they don’t sit in the treasury benches, but with the opposition – just to avoid the anti-defection law. It is not only unprecedented in Manipur, but completely bizarre and a violation of the constitution.”

In the 40-member Goa assembly, though Congress MLA Vishwajit Rane shifted allegiance to the BJP in April 2017, he had to resign from both his MLA post and the party a few days before it to carry on as a BJP minister. Rane, in August 2017, was elected as a BJP MLA in a by-election. However, the Congress MLA from Manipur, Shyamkumar, or the other seven other MLAs, haven’t taken that route yet. 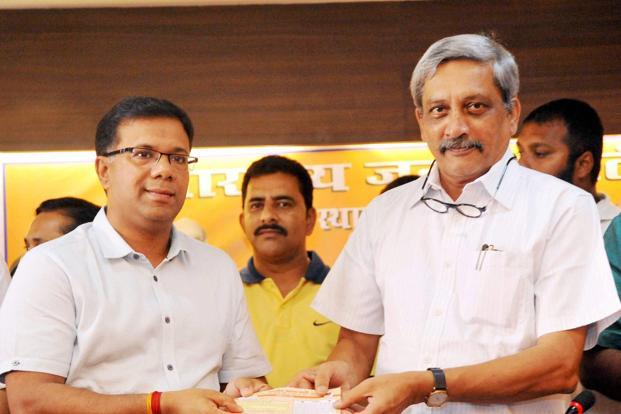 What was shocking was that even without resigning from the party, Shyamkumar accompanied the BJP MLAs to the Raj Bhavan on March 13, 2017 to stake claim to form a BJP-led government. On March 15, the state Congress issued him a show cause notice and thereafter threw him out of the party for six years.

Recently, 10 of the 15 Congress MLAs in Goa too defected to the BJP, but didn’t violate the Tenth Schedule. As per the 2003 amendment to the anti-defection law, at least two third of the members of a political party must agree for a merger or a split to not attract its provisions.

In an editorial, ‘Shame and Scandal’, on July 26, the Imphal Free Press‘s editor Pradip Phanjoubham pointed out, “Two and half years since their defections, the votes of these illegal turncoats in the Assembly would have been part of many of the major policy decisions of the government. As for instance, the electoral college of the Assembly elected the lone Rajya Sabha MP of the state during the term of this Assembly, and without the votes of these illegal defectors, the BJP candidate would probably not have won. So is the sitting Manipur Rajya Sabha MP, illegitimate? Indeed, the contamination that the sins of allowing these defectors to remain shielded from the provision of the 10th Schedule would have by now gone too deep into the veins and arteries of the present power structure that only the next election and a fresh mandate of the people can purge it of the dark scourge it is now cursed with.”