The Delhi police had opposed Punia's bail, saying that the he may "indulge in instigating the protesters." 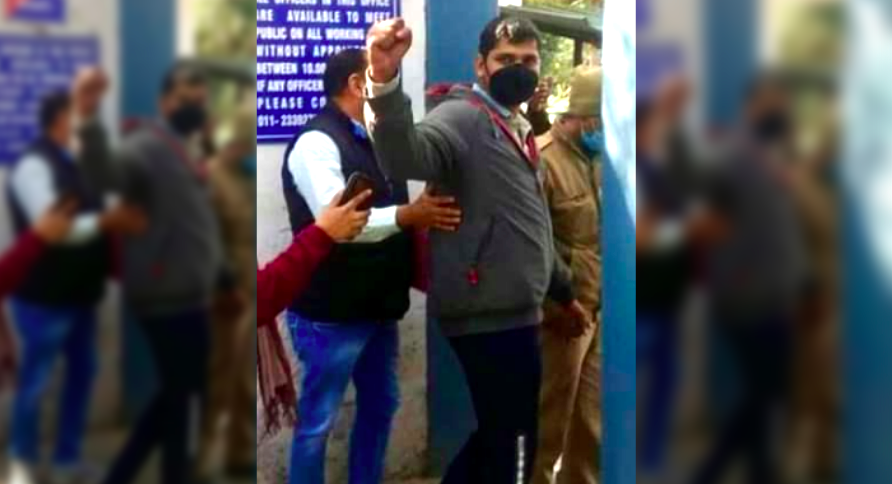 New Delhi: Journalist Mandeep Punia, who had been detained on Saturday, January 30, at the Singhu border while at work, was given bail on Tuesday, February 2.

Chief Metropolitan Magistrate Satvir Singh Lamba observed that the complainant, victims and witnesses are all police personnel – a fact that Punia had highlighted in his bail plea on January 31.

“There is no possibility that the accused and applicant can influence any of the police officials,” the judge said.

The court directed Punia not to leave the country without its permission.

The Delhi police had opposed Punia’s bail, saying that the he may “indulge in instigating the protestors and may create nuisance at the protest site with the group of different people and may hamper the investigation.”

The FIR against him states that he had come into physical contact with a constable and had attempted to move through barricades set up by police. A senior police officer told Indian Express that “he misbehaved” and that “there was some manhandling as well.”

However, editors of Caravan magazine, where Punia is a contributor, had said that he was working on a report on what went into the sudden appearance of men who claimed to be locals at Singhu on January 30, when he was arrested.

“It is pertinent to mention here that the alleged scuffle incident of present case is of around 6.30 pm. However, the present FIR was registered at around 1.21 am on the next day,” the court noted.

Punia had noted the seven-hour delay in his plea as well.

Punia will have to furnish bail bond worth Rs 25,000 and a surety of the same amount.

Bar and Bench had reported that Punia, in his bail plea, had highlighted that not having his press card on him was not reason enough to detain him.

Journalists had severely condemned his arrest and had staged a protest outside the police headquarters in New Delhi.