Why Imposition of President's Rule in Maharashtra Was Unconstitutional

Previous judgments have established that president's rule can only be imposed when no other recourse is left, which was not the case in Maharashtra. 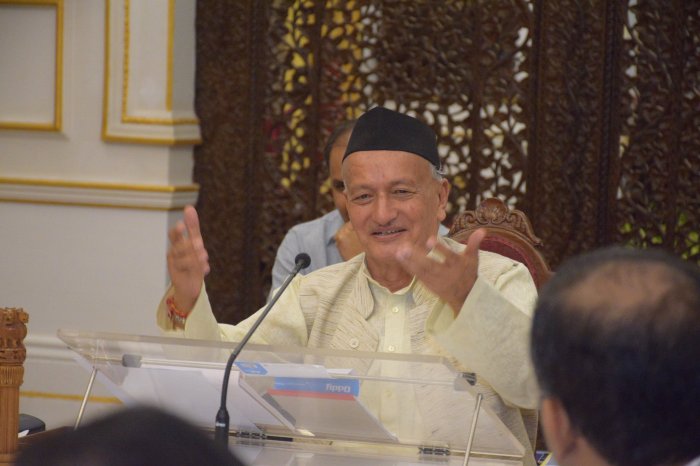 In my opinion the imposition of president’s rule in Maharashtra under Article 356 of the Indian Constitution was unconstitutional and needs to be declared as such by the Supreme Court.

In the October 21 elections to the 288-member Maharashtra legislative assembly, the BJP got 105 seats, the Shiv Sena 56, while the NCP got 54, and the Congress 44. Although the BJP and Shiv Sena had fought the election in an alliance, it fell apart after the results were declared on the issue of who will be the chief minister. No single party got a majority in the house, and no alliance could be formed claiming a majority. Hence, the governor of the state recommended president’s rule, which was imposed.

Now a similar situation had arisen in UP in 1996, where also president’s rule was imposed soon after the legislative assembly elections for the same reason, viz no party, nor combination of parties, had a majority in the house.

The imposition of president’s rule was challenged in the Allahabad high court, and a full bench, of which I was a member, held the imposition unconstitutional, vide H.S. Jain vs Union of India.

The reasoning which the bench gave in that case squarely applies to the imposition of president’s rule in Maharashtra too.

What was held by the full bench was this: it has been held in the authoritative judgment of the Supreme Court in the Bommai case, (1994) (in paragraphs 109, 120, 383 and 391) that imposition of president’s rule should not be resorted to unless all other recourses have failed.

In paragraph 112 of the Allahabad HC decision, the full bench observed,

“The Governor should have sent a message to the House under Article 175(2) of the Constitution, after summoning it under Article 174(1) stating that despite his best efforts he was unable to find out who is the person who can command the confidence of the House, and hence the House itself should inform him about such person. The Governor in this message should have asked the House to assemble and decide within a reasonable period of time about this matter, and then inform him. In this message the Governor could have also warned the House that if it did not make up its mind within a reasonable period of time, the House may have to be dissolved.”

In paragraph 128, the verdict observes that in a case of a fractured electoral verdict where no party or combination of parties appeared to have a majority in the house, “The only legal alternative left for the Governor is to ask the Assembly to inform him the person in whom it has confidence. Who can be in a better position than the House itself to inform the Governor in whom it has confidence?”

Paragraph 131 goes on to say, “Although this course of action has not been expressly mentioned in the Constitution, it logically flows out of Article 164(2), and is the only democratic alternative short of dissolution. In today’s era of fractured verdicts, it is the only logical method.”

The Allahabad high court held in 1996 that the imposition of president’s rule was unconstitutional. Photo: PTI Files

Thus, when the governor of Maharashtra could not find any party or combination of parties which appeared to have a majority in the assembly, before recommending the imposition of president’s rule, he should have sent a message to the house under Article 175(2) , after summoning it under Article 174(1), asking the house to assemble, deliberate, and then inform him within a reasonable period of time in whom it has confidence, so that he could be appointed chief minister.

Some people may ask what use such a step would have been when the political leaders were unable to come to a compromise. The answer was given in paragraph 134 of the Allahabad HC judgment:

“In my opinion if the elected members are permitted to come together and meet in the House, then a Socratic debate may take place, and it is possible that a solution may emerge. When 2 or more persons are sitting separately they may not be able to resolve their differences, but when they come together it is possible that by discussions and negotiations some compromise may come about. This is the democratic method also. The elected representatives may put pressure on their leaders to give up their intransigent and uncompromising attitude, and adopt a more flexible approach.”

If elected representatives are not allowed to meet in the house, should they meet in a tennis court, as happened during the French Revolution of 1789?