Remember the Lokpal? Modi Just Made It Clear He Doesn't Want One

Given its counterproductive amendments, the government might not have any real intention of allowing the watchdog to emerge, says activist Anjali Bhardwaj. 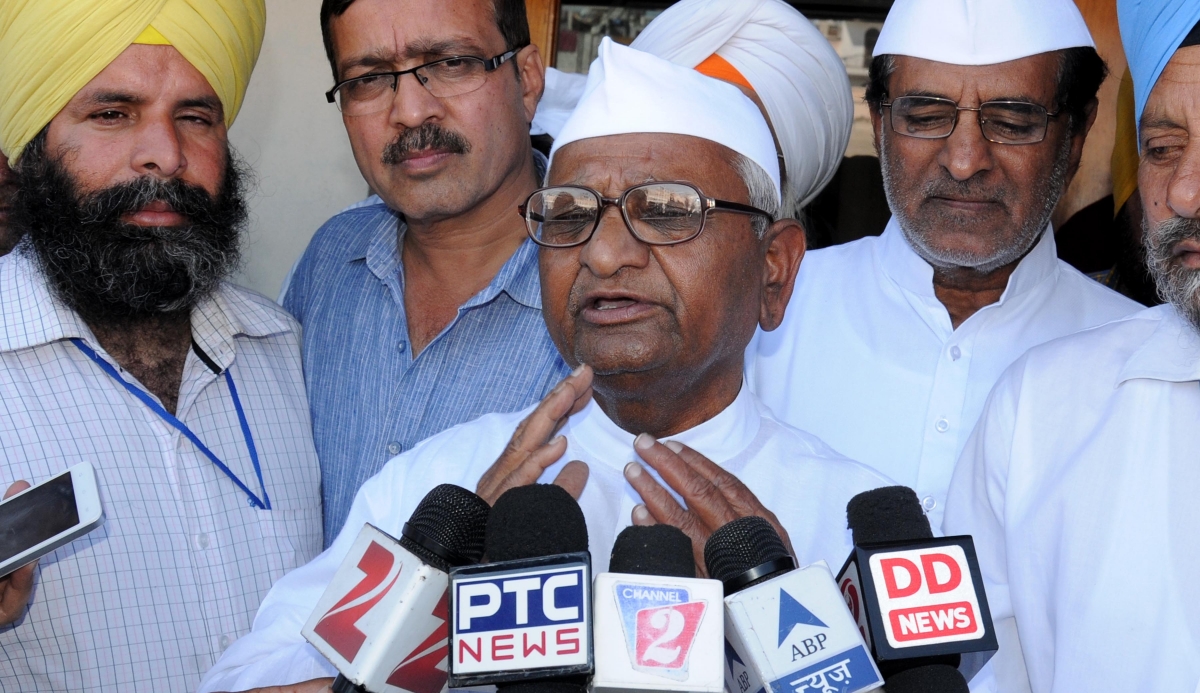 New Delhi: The Lokpal and Lokayuktas Act 2013 was notified on January 1, 2014, to cover all public servants in and outside India.

The Act had provided for setting up of a Lokpal at the Centre and Lokayukta at the level of the states.

Laying the basis for setting up of the Lokpal, it had stated that the body would consist of:

(b) Members, not exceeding eight, out of whom 50% were to be judicial members.

Also the Act specified that not less than 50% of the members of the Lokpal shall be from amongst the persons belonging to the scheduled castes, the scheduled tribes, other backward classes, minorities and women.

It had noted that the selection of the chairperson and the members of Lokpal shall be through a selection committee comprising the prime minister, speaker of Lok Sabha, leader of  the opposition in the Lok Sabha, CJI or a sitting Supreme Court judge nominated by CJI, and an eminent jurist to be nominated by the president of India on the basis of recommendations of the first four members of the selection committee.

The Act had sought to bring the prime minister under the purview of the Lokpal.

The Lokpal was mandated to cover all categories of public servants. All entities receiving donations from foreign source in the context of the Foreign Contribution Regulation Act (FCRA) in excess of Rs 10 lakh per year were also brought under the jurisdiction of Lokpal.

A key element of the Act was the stress it laid on making all public servants declare all assets in their own name, as well as those in the name of their spouse and children.

Section 44 of the Act demanded that every public servant shall furnish to the competent authority, the information relating to:

(a) the assets of which he, his spouse and his dependent children are, jointly or severally, owners or beneficiaries;

(b) his liabilities and that of his spouse and his dependent children.

While providing adequate protection for honest and upright public servants, the Act granted the Lokpal power of superintendence and direction over any investigation agency, including CBI, for cases referred to them by Lokpal. The Act had also provided for attachment and confiscation of property acquired by corrupt means, even while the prosecution was pending.

However, as per rights activists who had championed the cause of having a stronger ombudsman, the Lokpal and Lokayuktas (Amendment) Bill, 2016 had undone much of the good the original act sought to achieve.

Questioning the haste behind how the amendment Bill was introduced and passed, Anjali Bhardwaj of National Campaign for People’s Right to Information (NCPRI) had stated in a note that “the Lokpal law that was enacted after decades of debate and demand for an anti-corruption institution was dealt a severe blow as the amendment bill was introduced and passed by Parliament in less than 24 hours. The amendment bill was brought to Parliament without any public debate and the text of the bill was in fact not even made available in the public domain.”

She insisted that the Lokpal and Lokayuktas (Amendment) Bill, 2016 which was passed on July 28 had “fundamentally diluted the Lokpal Act as it has done away with the statutory requirement of public servants to disclose the assets of their spouses and dependent children. The bill has also dispensed with the statutory requirement of public disclosure of these statements.”

The amendment bill also allowed for a change in the form and manner of disclosure of assets and liabilities of public servants, leaving it to the central government to prescribe them through rules.

The rights activists also questioned the rationale behind the amendment, suspecting that it being used to extend the deadline for public servants to disclose their assets. If an amendment was required for procedural reasons to extend the deadline for disclosure of assets by public servant, then only a limited amendment to sub-section 4 of Section 44 should have been brought in, which stated that the asset disclosures must be made by July 31. The scope of the amendment bill passed by parliament is much wider as it completely amends section 44 of the Lokpal Act.

No intent to implement the Lokpal Act

Bhardwaj also alleged that the Narendra Modi government has no intention of implementing the Lokpal Act. She bases this on the premise that the amendment that was essential to operationalise the law –  a provision that allowed the leader of the single largest party in opposition to be included in the selection panel for appointing the Lokpal, in the absence of a recognised leader of opposition – had not been included in the bill.

“Had the government been committed to tackling corruption, it would have also brought in the amendment regarding the composition of the selection committee,” she said.

The NCPRI also pointed out that the Lokpal amendment bill 2016 has diluted the original scheme of disclosure intended under section 44 of the Lokpal Act. It said the Lokpal has been established to receive and inquire into complaints related to offences punishable under the Prevention of Corruption Act, 1988 (PCA). As one of the grounds of criminal misconduct under the PCA relates to a public servant or any person on his/her behalf, being in possession of pecuniary resources or property disproportionate to his known sources of income, it is critical that disclosure of assets and liabilities of public servants be of a high standard. As illegally amassed assets could be handed over to family members, it is important that the declaration of assets include the details of assets belonging to the spouse and dependent children of the public servant.

With several categories of public officials already subject to stringent norms requiring disclosure of assets owned by them, their spouse and their dependent children with the declarations being publicly available, there was no reason to extend special exemptions to any class or category of public officials. Yet the amendment bill sought to dilute the disclosures for public servants.

Moreover, the relaxation for public servants appears out of place since the declarations of all candidates contesting in elections to the parliament and state legislatures are publicly available on the website of the Election Commission of India; and the financial disclosures of assets owned by judges of the Supreme Court and high courts are publicly available on the websites of the respective courts.

In People’s Union for Civil Liberties (PUCL) vs. Union of India (UOI) in 2003, the Supreme Court had also addressed the issue of privacy and security related to declaration of assets, stating that: “… By calling upon the contesting candidate to disclose the assets and liabilities of his/her spouse, the fundamental right to information of a voter/citizen is thereby promoted. When there is a competition between the right to privacy of an individual and the right to information of the citizens, the former right has to be subordinated to the latter right as it serves larger public interest.”

Bhardwaj also stated that the need for a thorough financial disclosure regime is globally recognised as an important element in an anti-corruption framework and many countries require disclosure of financial details of not just the public servant, but also for his/her spouse and dependent children.

But despite overwhelming public interest in detailed public disclosures of assets of public servants, as was envisaged in the in the Lokpal Act, the parliament has diluted this key provisions by passing the Lokpal Amendment Bill 2016, she claimed.