A former chief justice of the Himachal high court, she criticised the Supreme Court's decision to recriminalise homosexuality. 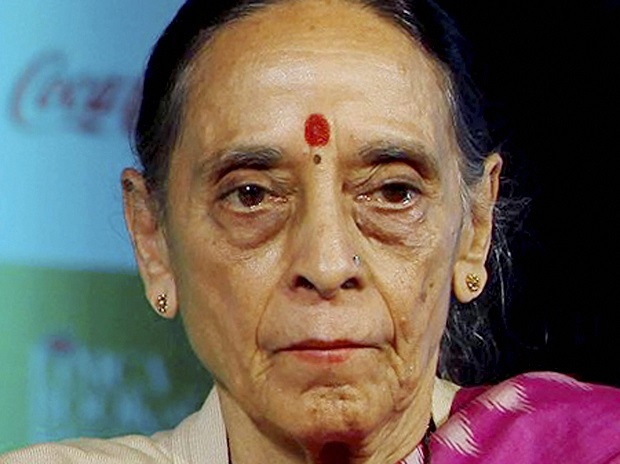 File photo of Justice Leila Seth the first woman judge of Delhi High Court who passed away in her home in Noida on Saturday. Credit: PTI

New Delhi: Justice Leila Seth, the first woman judge on the Delhi high court and a first woman chief justice of a high court, passed away on Saturday at the age of 86.

Her passing away a day after the Supreme Court confirmed the death sentences of the four convicts in the Jyoti Singh rape case may be a coincidence, but it is a significant reminder of the fact that the quest for gender justice lies beyond death sentences for those guilty of horrific rapes.

For Seth was a member of the Justice J.S.Verma Committee, which included, apart from the two, senior advocate Gopal Subramanium. It was set up by the then UPA government at the Centre, in the aftermath of the brutal rape in Delhi in December 2012, to suggest amendments to strengthen criminal law to provide for quicker trials and enhanced punishment for criminals committing sexual assault of an extreme nature against women. The committee submitted its report on January 23, 2013, within a month of its being set up, in view of the significance and urgency of the task.

The committee, it is important to note especially after the Supreme Court verdict, rejected the proposal for chemical castration as it fails to treat the social foundations of rape. It also recommended that the death penalty not be awarded for the offence of rape as there was considerable evidence that the death penalty was not a deterrent to serious crimes. In aggravated cases, it recommended life imprisonment for rape.

Justice Seth had several distinctions to her credit. She was the first woman judge on the Delhi high court. She became the first woman to become chief justice of a state high court, when she joined the Himachal Pradesh high court on August 5, 1991. She could well have been the first woman judge of the Supreme Court as well. She was sounded about her possible elevation by the then chief justice of India, Justice R.S. Pathak in 1988, and she was very excited about it, but as fate would have it, the politics of appointments to the higher judiciary apparently resulted in her non-appointment.

Her autobiography, On Balance, (2003) is a remarkable work which invited the attention of both ordinary readers and scholars. She entered the legal profession when very few women were in it and struggled to break the glass ceiling in every way.

She was a topper at the bar examination in London in 1958 and became an IAS officer the same year. In 1959, she enrolled as an advocate in the Calcutta high court and later in the Supreme Court. She became the first woman judge of the Delhi high court in 1978.

In On Balance, she narrates the story of how she managed to balance her work and home life, and the challenges she faced. But what is an inspirational facet of her life is how, during the early years, her family struggled to make two ends meet due to the early demise of her father when she was just 12. This early setback strengthened her resolve to transform her personality which was initially meek, timid and yielding to one that was valiant and courageous – as a research scholar who subjected On Balance to a critical study put it.

Justice Seth began her professional life as a stenographer at the Assam Rail Link Project, but took up law forced by circumstances of motherhood (because the study of law does not require strict attendance) after her marriage to Premo, who worked in the shoe manufacturing industry. She went to London after Premo was posted at the Bata Development Office in London.

Justice Seth’s success at the 1958 London bar made the Star newspaper run a story with a caption, “Mother-in-Law”, with a picture of her holding her new-born baby.

On Balance recounts several instances of gender bias among male judges and male lawyers with whom she had to interact during her career. Her instant riposte to innuendos from her colleagues, whether at the bar or on the bench, must have made them more gender-sensitive than what they were before they came in contact with her.

Justice Seth will be remembered for her contribution to equal succession rights for Hindu daughters, when the Law Commission with her as a member recommended an amendment to the Hindu Succession Act to grant equal rights for daughters in joint family property.

As a proud mother of three children, – Vikram the writer, Shantum the peace activist and Aradhana the filmmaker –  Justice Seth respected their professional and personal choices. She critiqued the Supreme Court’s judgment in the Naz Foundation case, which recriminalised homosexuality set aside the landmark Delhi high court judgment reading down section 377 of the Indian Penal Code. Her respect for the right to sexual orientation stemmed not just from her personal experience of being a mother to Vikram, whose bisexual orientation she had embraced much earlier, but also because she found the Supreme Court’s 2014 judgment bereft of any reasoning.

More than anything else, the Supreme Court’s 2014 judgment in Suresh Kumar Kaushal is untempered by any sympathy for the suffering of others, she wrote in an article. “The judgment fails to appreciate the stigma that is attached to persons and families because of this criminalisation,” she had observed.