The bench said the government’s status report is ‘sensitive’, even though it does not have any secrets, and may be shared on the next day of hearing with the petitioners.

New Delhi: It is difficult to foresee the direction of the Supreme Court’s monitoring of the Lakhimpur Kheri case. On Wednesday, the three-judge bench of Chief Justice N.V.Ramana and Justices Surya Kant and Hima Kohli first expressed its displeasure over the Uttar Pradesh government’s handing over its status report on the police investigation into the incident which claimed eight lives in a sealed cover and that too just before the hearing started.

When the Uttar Pradesh government’s senior counsel Harish Salve told the bench that it was under the impression that it should be given in a sealed cover, the CJI denied any such direction having been given, and told him that the bench was awaiting it till 1 am, only to be disappointed. On Salve’s plea that the hearing could then be adjourned till Friday, to give time for reading it, the CJI refused, saying the bench would read it then and there, and respond to it.

The bench spent about 15 minutes perusing the status report.

The CJI then asked Salve regarding the state government’s claim that it had examined 44 witnesses. How many of the accused are in police or judicial custody, the CJI asked pointedly. “I can find that out,” responded Salve.

Then came the disclosure that only four of the 10 accused are in police custody. For the others, police custody was granted for three days, and they are now in judicial custody. Of the 10, only statements of four have been recorded.

Salve added that the police had already received a lot of videos of the incident and that they are being forensically examined.

When the CJI asked why statements of only four people were recorded, Salve blamed the delay on the court holidays due to Dussera. The bench expressed its surprise that criminal courts were closed on holidays.

“What happened to recording of statements before the judicial magistrate under section 164 of the CrPC [Code of Criminal Procedure]?” asked the bench. The senior superintendent of police must be able to identify vulnerable witnesses, and offer them protection for recording their statements, the bench said.  Salve agreed to ask the state government to have a proper witness protection programme, and offer protection to vulnerable witnesses and update the bench.

The bench then posted the matter for further hearing on October 26, after declining the request for sharing the status report with one of the petitioners’ counsel for the time being. “It is sensitive, though there is nothing secret about it. We will see whether it can be shared on the next day of hearing,” the CJI told the counsel.

Justice Hima Kohli told Salve that the bench was getting the impression that the Uttar Pradesh police was dragging their feet in the investigation into the incident, and his client should do the needful to dispel this notion.

When Garima Prashad, counsel for Uttar Pradesh government, suggested that the delay in recording the statements of witnesses was due to the police reconstructing the crime scene, the bench rejected this argument, saying both the procedures could be done simultaneously by different teams.

Earlier, Salve told the bench that the crime relating to the vehicle being driven into the crowd of farmers, resulting in the deaths of four, has been delinked from the other crime of ‘revenge killing’. Salve seemed to suggest that he was aware of the areas of concern of the bench, and had taken steps to address them in his interactions with the state government. 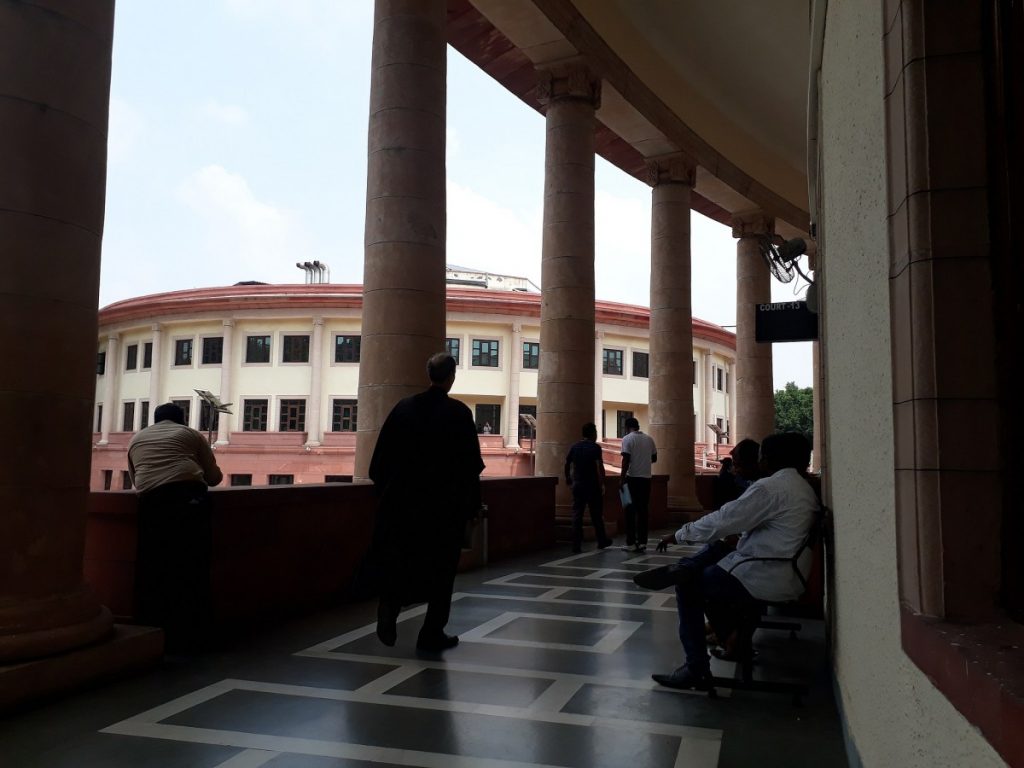 Two lawyers from Uttar Pradesh sought a time-bound Central Bureau of Investigation (CBI) probe into the violence at Lakhimpur Kheri.  The Supreme Court bench, however, while agreeing to hear the PIL filed by the lawyers, refused to consider the CBI probe into the incident, considering that one of the accused (Ashish Mishra) is the son of the Union minister of state for home Ajay Mishra.

It is unlikely that there would be remarkable progress in the investigation of the case and the recording of statements of witnesses during the interregnum from today and next Tuesday, when the bench resumes its hearing. The Uttar Pradesh police appear to be taking steps only to satisfy the Supreme Court bench, after identifying its “areas of concern”.

When the bench during the last hearing conveyed its concern that the state government should not be seen to be soft on some of the accused, Salve made it a point to convey on Wednesday that it has been addressed by the arrest of all the 10 accused – including Ashish Mishra. He also disclosed that it has been more difficult for the state police to investigate the second crime registered over the incident involving the reprisal killings of two BJP workers and the driver of a car, allegedly by the farmers. “The process of investigation is ongoing,” Salve told the bench on Wednesday.

Having ruled out a CBI probe, the Supreme Court bench now appears to be reposing its trust in the Uttar Pradesh police, despite its “areas of concern”, and giving it enough rope to dispel misgivings about neutrality. Its close monitoring of the case may have galvanised the state police to take some action, at least for the sake of headlines in newspapers, but will it help deliver justice in the long run?

The bench’s reluctance on Wednesday to share the state government’s status report with the petitioners and the public, despite denying that it had directed its submission in a “sealed cover” – as claimed by Salve – is inexplicable. If it is sensitive today, as the CJI claimed, how can it become less sensitive by next Tuesday, when he promised to consider the plea for sharing it with other parties? Clearly, the bench’s approach in this case so far appears to be a riddle wrapped in an enigma.