While the Madras HC was worried about rivalries being created between states, the Kerala HC wondered why the Centre wasn't spending more on vaccine procurement. 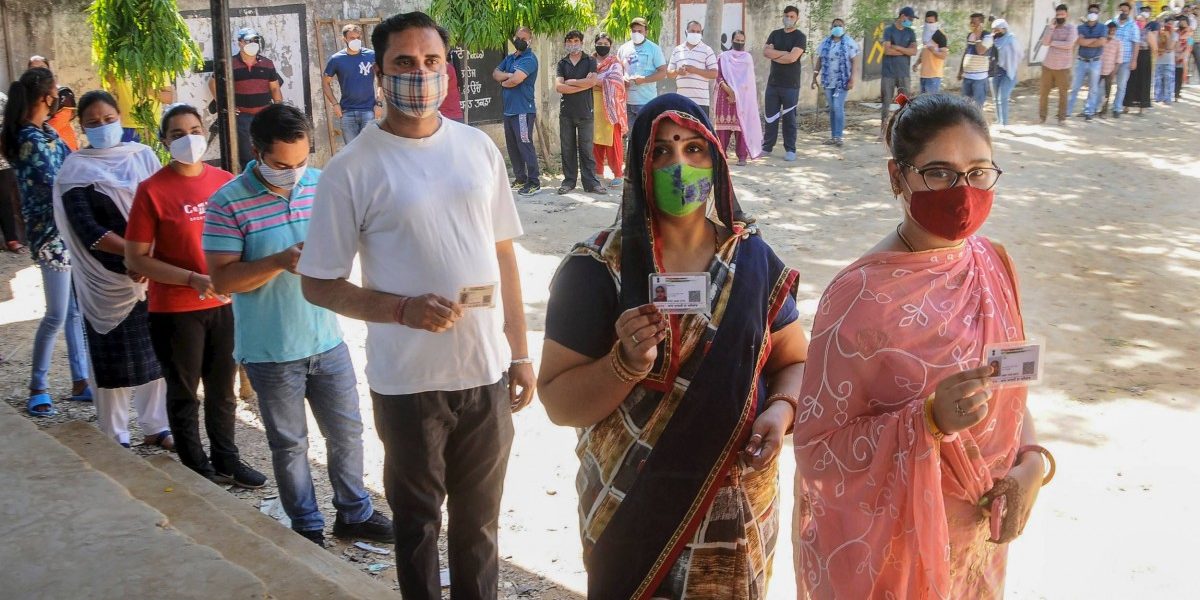 People stand in a queue to receive a dose of COVID-19 vaccine at Govt School for Girls Model Town in Patiala, Tuesday, May 25, 2021. Photo: PTI

The Madras high court said that the current policy, which leaves much of the vaccine procurement to states, can create rivalry between different state governments. Instead, the bench suggested it will be better if the Centre allocates vaccines according to states’ requirements.

“…it was not good for states to rival each other…in the race to obtain vaccines,” the bench of Chief Justice Sanjib Banerjee and Justice Senthilkumar Ramamoorthy said, according to LiveLaw. The judges also orally expressed that several states have talked about facing difficulties while trying to procure vaccines.

Multiple states, including Delhi and Punjab, have said that vaccine manufacturers like Moderna and Pfizer have said they will not deal with state governments, but only with the Centre.

The court also questioned the number of vaccines being sent to different states and perceived inequities in allocations: “Though the Centre maintains that the allocation is based on the population of a state, the positivity rate prevailing in such state and like objective factors, the allocation to Tamil Nadu, as indicated in the Centre’s affidavit, may require to be revisited. However, there is hope that vaccines would be available in greater numbers upon the various manufacturing units augmenting their production facilities.”

On the same day, the Kerala high court too questioned the Narendra Modi government on the money being spent on vaccinations and whether it was being correctly utilised. Referring to excess dividends of Rs 99,000 crore that the Centre received from the Reserve Bank of India, the bench said this money could be used to buy more vaccines.

“RBI hands out generous dividend amounting to 0.5% of GDP, that is 95 Thousand Crores. 45 Thousand Crores is the projected (dividend)…so you have got almost 54,000 Crores more. Now, just an arithmetic. 137 Crores (Population of India) x 250 (cost of vaccine), that is only around 34,000, that is all…What is your problem in giving it? RBI has given you 54 Crores more! …The deficit would be reduced to Rs 1.75 lakhs, that is true, but you have the whole financial year before you. We expect the covid situation to improve and the economy also to improve. Why don’t you do something about that?” the bench said, according the LiveLaw.

At least the poor should be vaccinated for free, Justice K. Vinod Chandran said. When the Centre’s counsel said this was a policy matter, the judge responded, “I am not trying to influence the policy decision, I am only trying to tell the policy-makers you have so much money, why don’t you do it?”