The court said the petitioners “appear” to have smuggled the gold for making “business profit”. 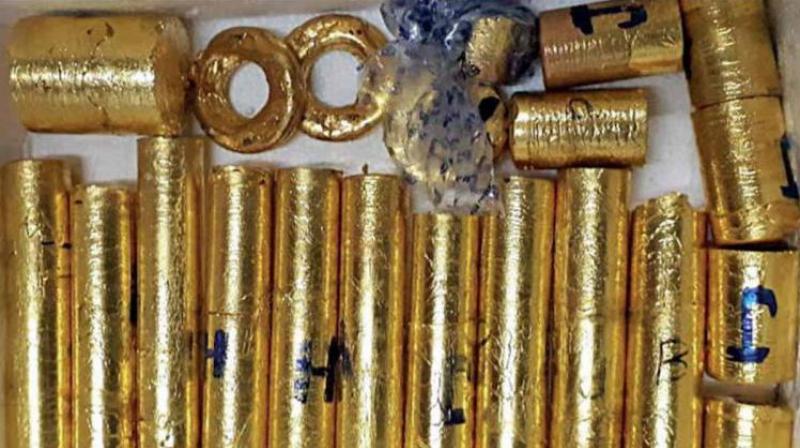 Kozhikode: A National Investigation Agency (NIA) special court in Kerala granted bail to 10 accused in the infamous gold smuggling case in the state, saying that it has found no evidence for the terror link of the accused.

The court said that “there is no material whatsoever in the case diary” that suggests the petitioners had intention “to damage the economic security of India”.

While allowing the bail applications, the court also said the agency “is not able trace out any material” to substantiate the terror allegation in the case, even after probing the case for more than three months. “It is beyond any dispute that a mere act of smuggling gold would not attract the offence of terrorist act,” the court said.

However, the court accepted the NIA’s argument for investigating the ‘terror’ angle in the case. “There should be an extensive probe into the aspect of terrorist financing, under the cover of gold smuggling,” the court said.

The bail was granted on various conditions, including that the petitioners should not leave the state without the court’s permission.

However, the court refused to grant bail to three other petitioners. While one was denied the bail for his “vital role in the conspiracy”, two others were denied because they have “very suspicious background”, according to the court.

Reportedly, this is the first NIA case where the accused were granted bail before the submission of the charge sheet.

The court said that the petitioners appear to have smuggled the gold “for making business profit”. The court observed that they were involved in the smuggling with “profit motive”, and not for financing terrorist activities.

“[T]here is nothing in the case diary to show that the money spent by them was coming from any terror outfits or that they received the gold for transferring it to any such dark forces or even their connection whatsoever with any terrorist forces”, said Judge P. Krishna Kumar in his 22-page bail order.

The court said it cannot keep the accused persons in custody without adequate evidence that supports the charges against them. “Unless they [the investigators] produce sufficient materials to compel this court to keep all the petitioners under detention in order to unravel the money/gold trail leading to terror outfits, this court cannot detain all of them indefinitely,” it said.

The NIA prosecutors had argued that a “deeper probe” is required, and the NIA has “every reason to believe that it [the money used for smuggling] originates from some terror outfits”.

The NIA further argued that it doubts the ‘terror link’ in the case because of a report sent by the Additional Director General of the Central Economic Intelligence Bureau to the Director General of NIA, in October last year. In the report, according to the NIA, the Bureau alleged that the gold smuggling in Kerala “might have” ramifications on national security, as it “might have” links to terror financing.

Counsels for the petitioners had argued that even if the petitioners funded for the gold smuggling, it would not amount to any offence under the UAPA.  They submitted before the court that the case only attracts provisions of the Customs Act.

The Customs department and the Enforcement Directorate (ED) are already probing the case along with the NIA.

The ‘gold smuggling case’ began with the seizure of 30 kg of gold by Customs officials at Thiruvananthapuram International Airport on July 5.

The smuggled gold, arrived from the United Arab Emirates (UAE) and was addressed to the UAE Consulate in Thiruvananthapuram, came through a diplomatic cargo.

Besides the disputed ‘terror link’, political controversies also gathered public attention around the case. A top former bureaucrat and a serving cabinet minister were questioned by the NIA investigators.

During the court hearing, however, the NIA investigators were repeatedly asked by the court for evidence for the terror charges it invoked in the case.

So far, the NIA arrested at least 20 people in the case, including those who have been granted bail now. The accused persons include a former staff at the UAE Consulate in Thiruvananthapuram, jewellery shop owners and Keralites living in UAE.