Solicitor General Tushar Mehta sought adjournment of the matter but the bench said an important matter like this could not be delayed. New Delhi: The Supreme Court on Tuesday asked the Jammu and Kashmir high court’s juvenile justice committee (JJ committee) to submit a fresh report in a matter concerning allegations of arrests and detentions of minors in the state.

The apex court was hearing a case filled by child rights activists Enakshi Ganguly and Shantha Sinha. Sinha is also a former chairperson of the National Commission for Child Rights (NCPCR).

Citing media reports, the petitioners had expressed concern over possible instances of illegal detention of children by the security forces in Jammu and Kashmir.

In response to a direction from the Supreme Court, the JJ committee had submitted a report last month stating that there had been no illegal detentions. The petitioners challenged this finding and when the matter came up on Tuesday, the apex court bench headed by Justice N.V. Ramana asked the committee to file a fresh report as expeditiously as possible and posted the hearing for December 3.

The bench also said that there is a need for examining the allegations afresh as the earlier report of the committee was not in accordance with the apex court order.

“The allegations were based on newspaper reports. And the report only contains the reply by the DGP. His denial, his version”, the bench noted, according to LiveLaw.

“We are happy that the Supreme Court has recognised the need for the JJ committee to take note of all the cases that have been reported, and also speak to all stakeholders,” Ganguly told The Wire. “We hope the matter will be widely publicised in the Valley so that the parents of affected children, and any other stakeholders, are able to make their representations to the high court panel.”

On September 26, the JJ Committee, comprising four sitting high court judges, had submitted a report relying primarily on a report filed by the director general of police. It stated that it had also obtained data on the bail applications or habeas corpus petitions from the courts subordinate to the Jammu and Kashmir high court, and the judicial registers of the two wings of the high court.

Refuting the claims made in the report, one of the petitioners, Enakshi Ganguly in her rejoinder before the apex court said that the JJ committee had neither applied its mind to filing the report and nor did the report indicate that any judicial review had taken place. Appealing for further investigation into the matter, Ganguly, in her rejoinder, stated that the issue required further investigation by the JJ committee, with the involvement of all stakeholders.

After hearing the arguments of the counsel for child rights activists as well as the Jammu and Kashmir administration, represented by solicitor general Tushar Mehta, the SC bench on Tuesday noted that “the exercise entrusted to the committee was not carried out in letter and spirit of the order of the apex court due to time constraints”.

The bench observed that the order passed by the apex court on September 20 had reached the committee on September 23 and after two days, the Jammu and Kashmir DGP filed a report on September 25 in which he categorically refuted the assertions and allegations made in the media and the petition.

The bench further said the four members of the committee are judges of the high court and such words against them as the petitioner had used – that the committee had abdicated its responsibility – cannot be accepted. It said the committee had some limitations and perhaps the members had a time constraint.

Attorney general K.K. Venugopal, present during the hearing, was asked by the bench about the report of the JJ committee. He said the Centre is also a respondent in the matter along with the Jammu and Kashmir administration and its stand is same as that of the administration. 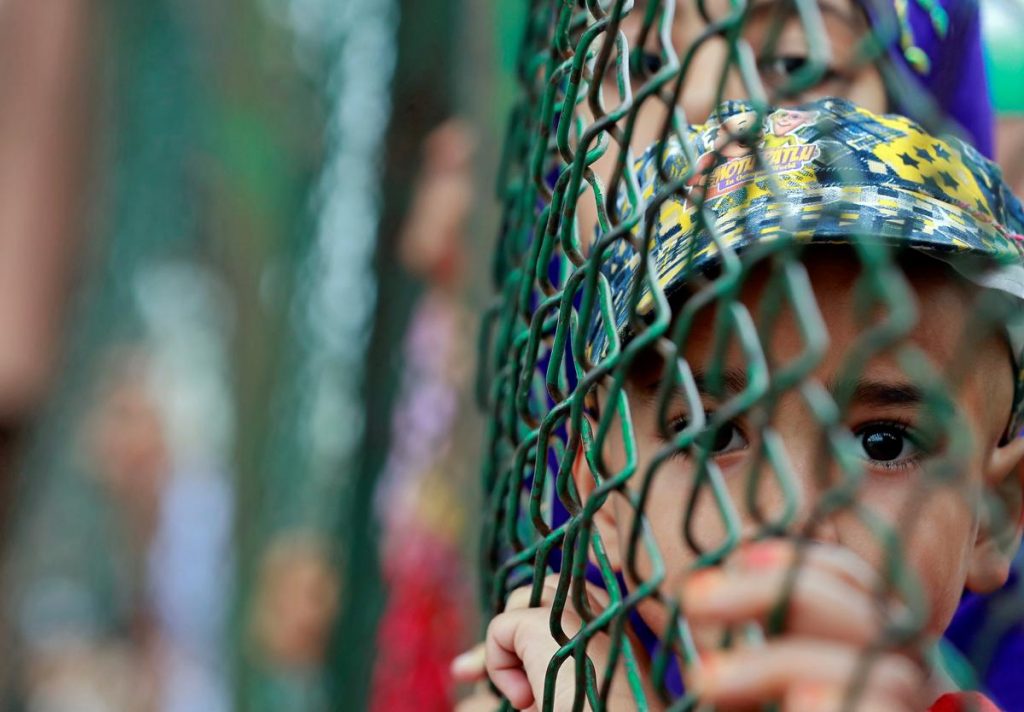 Solicitor general Mehta sought adjournment of the matter but the bench said an important matter like this could not be delayed. Mehta said the petitioners were abusing the process of law and instead of the apex court the petition should have been filed in the high court. The law officer submitted that the JJ committee is a statutory committee comprising judges and asked “can the petitioner be allowed to sit in appeal over the report”?

He alleged that the petitioner had earlier made a false assertion to the Supreme Court that the high court was not functioning. “This petition should not be kept pending as there is a remedy before the high court and a functional juvenile justice committee,” he submitted.

Rejecting this plea, the bench also took note of the fact that another bench of the Supreme Court (headed by Chief Justice Ranjan Gogoi) had taken note of the report of the chief justice of the high court and yet passed orders in the matter subsequently calling for a report from the JJ committee. Thus the apex court would remain seized of the issue.

On October 23, an additional affidavit filed before the Supreme Court by the Jammu and Kashmir government demanded that the petition be dismissed on the ground of falsehood. The state government, through its additional resident commissioner in New Delhi, alleged:

However, the affidavit did not point out or explain how the claims made in the petition and the subsequent rejoinder are false.