The full bench of the Karnataka high court on Tuesday upheld the ban on wearing hijabs in school and college classrooms. 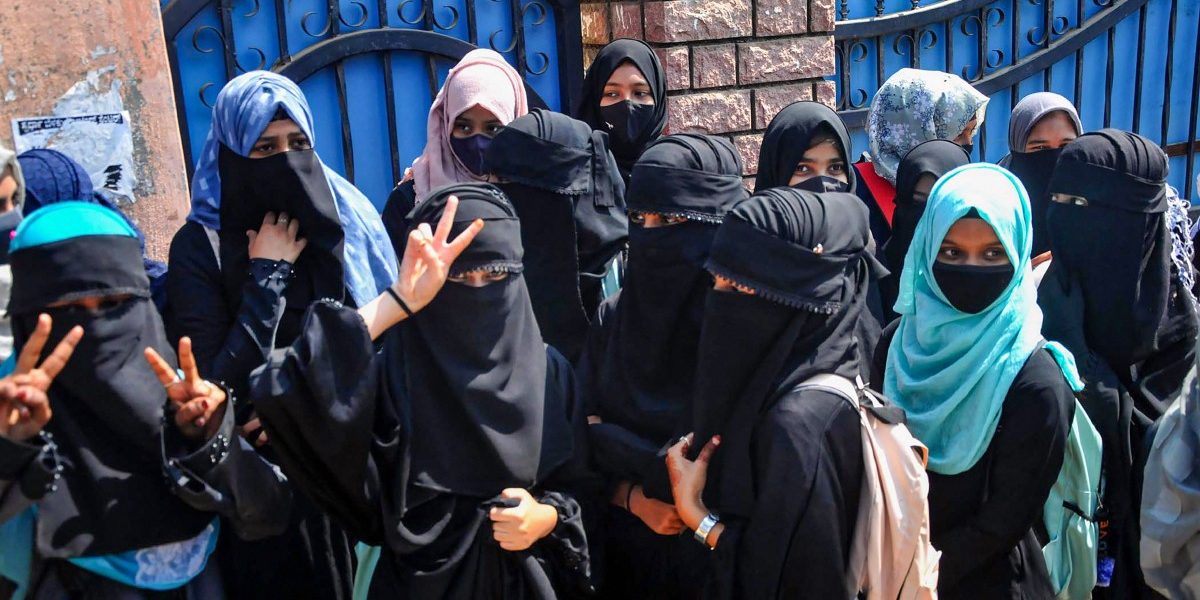 New Delhi: The full bench of the Karnataka high court on Tuesday upheld the ban on wearing hijabs in school and college classrooms. The hijab is not a part of essential religious practices of Islam, Bar and Bench quoted the court as saying, and a uniform is a reasonable restriction on the fundamental right to freedom of expression under Article 19(1)(a).

“We are of the considered opinion that wearing of Hijab by Muslim women does not form a part of essential religious practice in Islamic faith,” Chief Justice Ritu Raj Awasthi said, reading out portions of the order. The other two judges on the panel were Justice Krishna S. Dixit and Justice J.M. Khazi.

The bench also maintained that the government has power to issue impugned government order dated February 5, 2022 and no case is made out for its invalidation. By the said order, the state government had banned wearing clothes which disturb equality, integrity and public order in schools and colleges.

The court also rejected the plea to initiate a disciplinary inquiry against the college, its principal and a teacher.

“In the above circumstances, all these writ petitions being devoid of merits are liable to be and accordingly are dismissed. In view of the dismissal of the writ petition, all the pending applications fell into insignificance and are accordingly disposed off,” the bench said.

Anticipating possible unrest after the verdict, the state police issued prohibitory orders under Section 144 in several parts, including Bengaluru. All schools and colleges in Udupi and Dakshina Kannada, which saw several protests over the last few months, were declared closed on Tuesday, according to the Indian Express.

The case was heard for 11 days before the verdict was reserved on February 25.

Karnataka chief minister Basavaraj Bommai said everyone should abide by the verdict and cooperate with the state government in implementing it. Calling for maintenance of peace and order in the society, he also asked students to focus on their education, by accepting the court verdict.

“I have just now got to know through the media about the High Court’s order regarding the case related to uniform (in class rooms). The court has upheld the uniform and has said that Hijab is not an essential religious practice,” Bommai said.

He said this was a matter concerning the future and the education of students, and nothing is more important than education.

“Every one should abide by the verdict of the three judges bench of the high court. While we (government) implement it (the order) everyone should cooperate and maintain peace. Maintaining peace and order in the society is of utmost importance. I appeal to the people, leaders of all communities, parents, teachers and students to accept the order and cooperate in imparting education to students, in accordance with the court order,” he added.

The unconstitutional order defies the fact that right to religious expression is codified in Article 25 of Constitution. https://t.co/AmbR6VXoOM

The demand by a section of young women in an Udupi pre-university college to wear their hijabs inside classrooms erupted into a major row after the college denied them entry and some Hindu students turned up in saffron shawls. The issue then spread to other parts of the state, and the government insisted on a uniform norm.

According to the lawyers appearing for the petitioner girls from Udupi district, the matter pertaining to the hijab case has been listed for Tuesday as serial No. 1 and the court may spell out the operative part of the verdict from 10:30 am onwards.

The full bench of the high court comprising Chief Justice Ritu Raj Awasthi, Justice Krishna S. Dixit and Justice J.M. Khazi was constituted on February 9 on a petition filed by girls from Udupi who prayed that they should be allowed to wear their hijab inside classrooms.

On January 1, six girl students of a college in Udupi attended a press conference held by the Campus Front of India (CFI) in the coastal town protesting against the college authorities denying them entry into classrooms wearing headscarves.

This was four days after they requested the principal for permission to wear their hijab in classes, which was not allowed. Till then, students used to wear the headscarf to the campus, but entered the classroom after removing it, college principal Rudre Gowda had said.

“The institution did not have any rule on hijab-wearing since no one used to wear it to the classroom in the last 35 years. The students who came with the demand had the backing of outside forces,” Gowda had said.

The girls then approached the Karnataka high court seeking relief and quashing the government order on February 5 restraining students from wearing any cloth that could disturb, peace, harmony and public order.

The full bench of the high court has been hearing the case on a day-to-day basis since February 10. In its interim order, the bench asked the state government to reopen the educational institutions, which were hit by the agitation, and restrained students from wearing hijab and saffron scarves in the classroom till the final order is delivered.