'However, the observation will not impact any other proceedings,' the apex court held, referring to criminal cases against the Gorakhpur doctor. 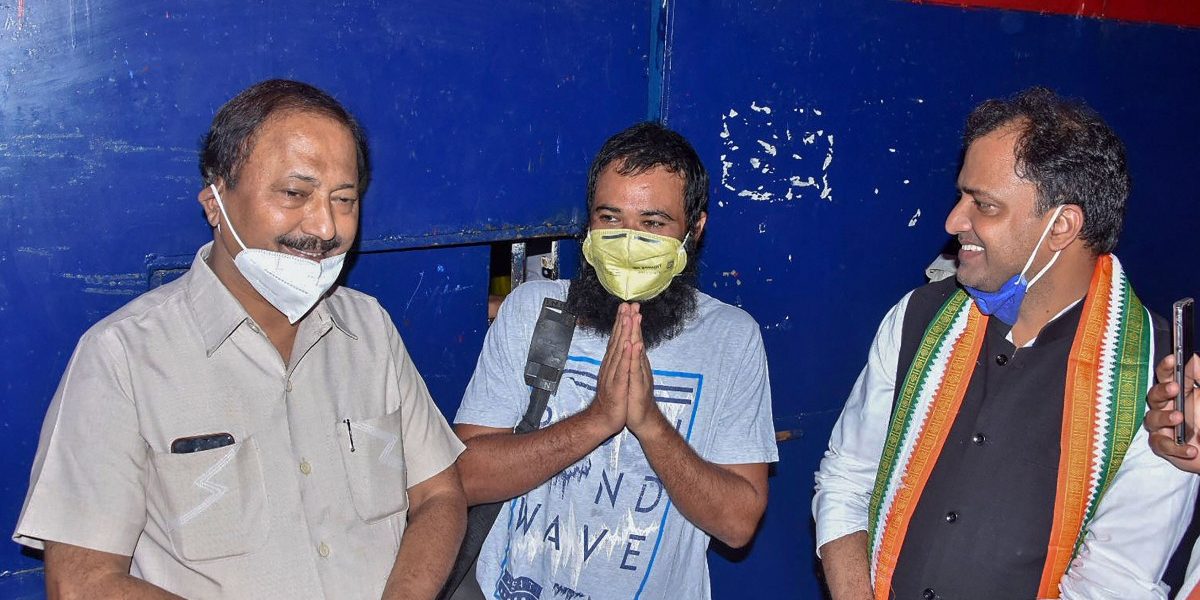 New Delhi: The Supreme Court on Thursday refused to interfere with the Allahabad high court verdict quashing the detention of Dr Kafeel Khan under the National Security Act (NSA) and ordered his immediate release.

A bench headed by Chief Justice S.A. Bobde, which was hearing the Uttar Pradesh government’s plea challenging the high court’s September 1 verdict, said it appeared to be a good judgment.

“It seems to be a good order by high court…We see no reason to interfere with the high court order,” CJI Bobde said, according to LiveLaw.

When Solicitor General Tushar Mehta, appearing for Uttar Pradesh, told the bench that observation made by the high court exonerated Khan in the criminal proceedings, the apex court said the observation did not impact the criminal case.

“We will not interfere in the judgment. However, the observation will not impact any other proceedings,” said the bench, also comprising Justices A.S. Bopanna and V. Ramasubramanian.

The CJI denied senior advocate Indira Jaising’s request to expunge the observation on the judgment not impacting criminal prosecution.

“Criminal cases will be decided on their own merits. The observations in a preventive detention judgment cannot impact criminal prosecution,” the bench added.

Also read: A Timeline: The Cases Against Dr Kafeel Khan and His Arrests

The Uttar Pradesh government had filed a special leave petition in the Supreme Court against the high court’s judgment, delivered by a bench of Chief Justice Govind Mathur and Justice Saumitra Dayal Singh, who had held that the doctor’s detention, was “not sustainable in the eye of law”.

The high court also noted that the Aligarh district magistrate had quoted selectively from a speech given by Khan at the Aligarh Muslim University to justify his detention, “ignoring its true intent” which was not to promote hatred.

The order came after the Supreme Court on August 11 had asked the high court to decide on the plea for Khan’s release within 15 days.

Khan was released from the Mathura Jail on September 2.

Khan had hit the headlines after the 2017 tragedy at Gorakhpur’s Baba Raghav Das (BRD) Medical College, in which several children died due to a lack of oxygen cylinders. Initially lauded for arranging emergency oxygen cylinders, he later faced action along with nine other doctors and staff members of the hospital, all of whom are out on bail. A report published on The Wire, by Manoj Singh, essays how investigation into the tragedy was controversial and in places, scuttled.