The Juvenile Justice Amendment Act, 2021 was one of the crucial legislations that were bulldozed through in the monsoon session. 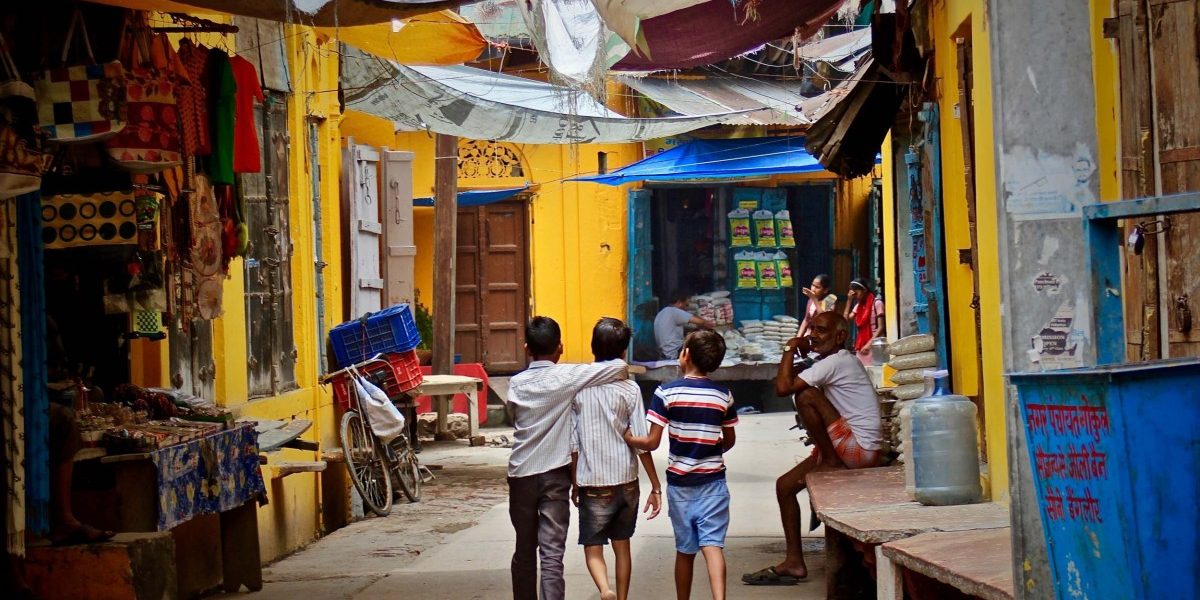 Among the several other important legislations that were bulldozed during the monsoon session 2021, the Juvenile Justice Amendment Act, 2021 was one. While the intervention did make some bold improvements with respect to assigning responsibilities, it cannot be assumed that it does not demand due diligence and serious deliberation. Although the Bill, which relates to justice and protection to (or from) juveniles, needed elaborate discussion, it became the law of the land without that.

Although I did possess an opinion regarding the subject and wanted to speak on it in parliament, when the discussion on the Bill was in progress, it was not possible for me to speak, considering the situation. Hence, I would like to deliberate on the issue of juvenile delinquency in India to exercise my most fundamental right here.

As the term suggests, it refers to the involvement of minors in illegal activities and crimes. When the actions of a juvenile prove to be dangerous towards the normal course of the functioning of society, that person may be referred to as a juvenile delinquent. Factors like personality, family, substance abuse, peer relationships etc. can induce delinquency in any minor, given his/her vulnerable nature.

The most intriguing aspect of this phenomenon is that it has been regarded as a problem integral to contemporary society, while the reality is that just like any other criminal behaviour, it has been prevalent in some form or other in every phase of human history.

As per the 2018 ‘Crime in India’ report, about 85% of the apprehended juveniles lived with their parents, which clearly reflects an inherent failure of the system in terms of nurturing the future generation. Moreover, 92% of juvenile cases were IPC-related crimes. Almost 40% of the offences were related to affecting the human body, which included hurt and grievous hurt, rape and assault on women to outrage their modesty among many others. Apart from this, property-related offences amounted to about 38% of all crimes involving juveniles. Theft alone constituted 70% of these offences.

What’s interesting to note is that 91% of these juveniles had received at least primary level education. This indicator is clearly reflective of the systematic failure of the state to fulfil the objective of quality education. These statistics surely reflect the need for strong preventive measures in order to reduce the nature of these crimes.

Though, I strongly appreciate the intent and provisions of this Act, which of course pave way for a better ecosystem of the child protection system in India. But what’s important here is to study the nuances behind these data points closely to formulate legislative interventions to solve the policy problem. As it is and it always has been, implementation has been a fundamental issue. No matter how procedural it looks on paper, the reality deviates far away from the optimal solution.

As a strong proponent of quality education, I bolster the role played by parents, teachers, books and entertainment in transforming children into adults. And we often run on the assumption that just because the child has a good family background, we can be assured of the base values given to him. To me, it feels like the state shrugging off from its most basic responsibility of ensuring fundamental values of welfare.

Our education policy, which is currently on the stove of debate these days, needs to also discuss this aspect of child welfare. Being mindful of the dangerous trends of increasing aggression levels among children, our curriculum needs to heavily emphasise on the values of kindness, respect and empathy. Moreover, community involvement needs to become a crucial facet of our curriculum.

The ministry of education must give directives to all schools to prepare a comprehensive report of problems related to the mindset and attitude prevalent among students. Studying the nature of conflicts could also be another contribution towards evidence-based policy intervention. Parents, teachers, society and media, all have an important role in moulding children into adults and it is necessary that proper care and attention are given to children while they grow.

It has been observed by many schools, during the course of online classes, that very young children are sharing extremely objectionable material online. Many of their chats show dangerous levels of aggression and expression of sexual violence against the opposite gender. I strongly feel that the current nature of education in India focuses on academics in isolation.

Also read: Boys Will Be Boys, if We Stay Silent About ‘Locker Room’ Talk

Very few schools essentially target on the holistic development of a child. A nuanced study must be urgently conducted to dig deeper onto the functioning of schools. As we are preparing ourselves with opening up of schools, we must also keep in mind the big lag in physical engagement among students. Their patience levels have been adversely affected and excessive use of the internet, and probably inadvertent exposure to forbidden content, have contributed to increasing aggression levels.

By studying the history of the juvenile justice system in India, our focus has always been on strengthening it by facilitating rehabilitation and better treatment of young people in conflict with law and by improving protection of child victims. As put forth by the Supreme Court, “Regrettably our juvenile justice system still thinks in terms of terror, not cure, of wounding, not healing, and a sort of blind man’s bluff is the result. This negative approach converts even the culture of juvenile homes into juvenile jails. From the reformatory angle, the detainees are left to drift, there were no constructive programme for the detainees nor correctional orientation and training for the institutional staff.. juvenile detainees need a new focus and a new rationale.”

This integral remark never actually got reflected in the recent amendment.

Compliance and regulatory framework of the existing Act

Privatisation, a tenet of the neoliberal era, has also impacted the juvenile justice system, which has also resulted in a shift in the accountability of the functionaries of privately-run child care institutions (CCIs). As of March 2020, there are around 2,000 CCIs across India. The committee on review exercise of CCIs in 2018 noted that many CCIs fail to provide even the basic services to the children including individual bedding, and proper nutrition and diet.

Not even a single CCI in the country was found to be 100% compliant to the Act’s provisions. As per the latest social audits done by the National Commission for Protection of Child Rights (NCPCR) of CCIs, significant variations exist between states in terms of complying with the Act’s provisions. Hence, it is essential to strengthen the compliance and regulatory framework of even the existing Act.

There have been multiple instances where the Supreme Court has recommended improvement in the functioning of CCIs. A good start could be to introduce legal interventions setting minimum standards for infrastructure of the CCIs with their regular review to ensure the adherence. Our judicial system requires laws that are free from ambiguity and loopholes, for enabling the meting out of speedy justice.

The “Nirbhaya gang-rape” case is an example in itself. In spite of the public fury and the unending candle marches and the establishment of committees and commissions, the road to justice was exhaustingly long and rough. The juvenile, who was a partner in the crime, had allegedly been the most heinous and gruesome of all others in the performance of the disgusting act of the rape and murder.

ABVP members protest against the release of the juvenile convict in the Nirbhaya case, at Jantar Mantar, in New Delhi on Monday. Credit: PTI Photo by Kamal Kishore

Our laws, however, did not provide for penal action for the gruesomeness of the crime, if the criminal was below 18 years of age. The entire nation waited and watched, as the family of the girl broke down, time and again on television channels, in disappointment every time the journey towards justice took them only to the beginning of another road towards it. Our judicial system needs to overhaul itself from this pathetic image. And our laws need to be framed, not in unnecessary haste, but after minute thinking and deserving deliberation.

Here, I wish to put forth some data of the year 2012 National Bureau of Crime Records, just as an example. In the year 2012, 27,936 juveniles were allegedly involved in serious crimes including banditry, murder, rape and rioting. From among those who faced Juvenile Justice Boards in 2012, 66.6% were between 16 and 18 years, 30.9% were between 12 and 16 years and 2.5 % were even those from seven to 12 years. There was an increase by 143% in rapes by juveniles, 87% in murders, 500% in kidnappings of women and girls by minors. These statistics can certainly not be ignored.

Moreover, the statistical data of the NCRB reveals and is of graver concern that there has been a steady increase in the gravity of heinousness and gruesomeness of the crimes committed by juveniles, of late, and almost 30% of them are from the age group of 12 to 16 years.

The Juvenile Justice Act, 2015 lays down that if the minor is 16 years and above and is involved in a heinous crime, then on the assessment report of the Juvenile Board, the case can be trialed in the children’s court and the minors would be treated as adults and would be subjected to criminal procedure.

Law should be more inclined towards the victims because victims are also juveniles and sometimes even two-year-olds, three-year-olds. I would have liked to suggest an amendment that another category be made for juveniles along with petty offences, serious offences and heinous offences, it should be categorised as gruesome sexual offences, where irrespective of the legal age, the biological age of the accused may be considered, and any juvenile, who attains puberty and is capable of performing and commits a “gruesome” sexual crime, that destroys the life of a minor, and that of a family, must be tried as adult.

The punishment for a “gruesome” sexual crime should be focused on as a preventive measure for further crimes against potential victims. Punishment for one can save a thousand! So in our efforts to bring about measures for strengthening the child protection ecosystem, we are protecting the child!

If international customary law is taken into consideration, then the position in the US, the UK and Canada concludes that minors can be prosecuted under criminal law for grave and heinous crimes committed by them. I feel that the entire Act must be revisited. The Noble Laureate Nelson Mandela stated: “There can be no keener revelation of a society’s soul than the way it treats its children.” And with expression of a firm intent by this government, it’s crucial that we do it right!

Fauzia Khan is a member of parliament in Rajya Sabha from the Nationalist Congress Party. She also heads the women’s wing of the party.