Unfortunately, the judge’s independence has been questioned publicly, repeatedly, in certain quarters, by some senior lawyers, including Prashant Bhushan. 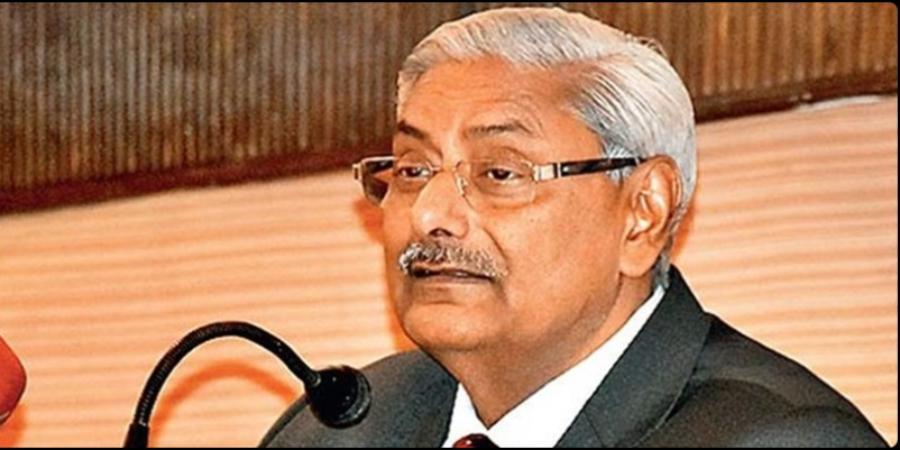 We live in strange times. No norm is sacrosanct. No oath inviolable. Every week the Supreme Court, the guardian of our constitution, itself is put through a test. And now we have the court sitting to decide whether criticism of it by a public interest lawyer has diminished its stature, its ability to administer justice.

The matter at hand goes beyond two tweets by Prashant Bhushan.

One of the hallmarks of a democracy is judicial independence, the de-hyphenation of the courts from the executive. That’s why people in democratic countries knock on the doors of the higher judiciary when their rights are infringed. And even when a court’s decision goes against a petitioner, the court’s legitimacy is not questioned. “Judicial legitimacy’s power lies in its ability to induce acquiescence to court decisions with which citizens disagree,” wrote three US academics in a research paper that probed how the US Supreme Court gets most citizens to accept rulings with which they disagree.

Richard Fallon categorised the various sources of judicial legitimacy into three distinct yet interrelated strands: sociological, moral and legal. One can retain respect for the judiciary even when one vehemently disagrees with the court’s decisions — as long as certain conditions are met, wrote Fallon. Expanding on his work, Trang (Mae) Nguyen argued that for courts in authoritarian settings, an important source of judicial legitimacy “is its relationship with political institutions on which courts depend for resources and job security”. She called it inter-branch legitimacy. That’s what separates courts in democracies from ones in authoritarian regimes – courts in democracies derive their legitimacy by building an iron wall between themselves and political institutions.

India is a democracy, as yet.

But more recently there has been a disturbing pattern of the political class rewarding select judges with post retirement positions in various statutory and judicial bodies, governorships and upper house nominations. The current regime has also influenced the decisions of elevation of judges to the Supreme Court, the transfer of high court judges and the appointment of high court chief justices.

Justice Arun Mishra must view the current contempt proceedings against Bhushan in this larger context. On the one hand, Bhushan has been a trenchant critic of the Central  government. He has also been instrumental in initiating various PILs against the Centre and even Prime Minister Narendra Modi, the most famous being the litigation asking for a probe into the Sahara-Birla diaries.

The case pertained to the alleged entries of payments in cash made to top state functionaries. Justice Arun Mishra on the other hand has very recently and publicly expressed unbridled adulation for the prime minister. “We thank the versatile genius, who thinks globally and acts locally, Shri Narendra Modi,” Justice Mishra said while expressing his wholesome gratitude towards the prime minister for inaugurating the International Judicial Conference 2020. A few bar associations had passed resolutions condemning Justice Mishra’s comments, calling them “inappropriate” and “impinging upon the impartiality of the judiciary”. It is in this broad context that Justice Mishra must view the proceedings.

After the passing of civil rights leader John Robert Lewis, his colleague, Andrew Young remembered him by recalling his defining principle in the fight for rights and civil liberties: “disagree without being disagreeable.”

Even in the face of injustice, one must act with dignity and grace. One is not bigger than the cause one represents. The champions of democratic values and equal rights must never forget that they are the ambassadors of democracy. Their conduct also matters.

The Supreme Court of India derives its legitimacy not just from the constitution of India (legal source of legitimacy) but also from its standing in society as the court of last resort. People respect the top court not because of fear of punishment but because they believe in it. They believe the judges deliver judgments after a careful application of law and a fair hearing. Despite the decline in its credibility, the higher judiciary is still expected to act impartially and fearlessly. That’s the single biggest reason why habeas corpus petitions were filed after the detention of scores of politicians and activists from Kashmir. That’s the reason why the victims of communal riots – from Gujarat to Muzaffarnagar to Delhi – approach the highest court for justice and compensations. And that’s the reason why activists like Prashant Bhushan continue filing PILs despite being unsuccessful in a majority of them.

In authoritarian settings, judiciary hyphenates itself with the political executive. While in democracies, the judiciary guards its independence. “Not only must justice be done; it must also be seen to be done” is the leading principle on the impartiality and recusal of judges.

Unfortunately, Justice Mishra’s independence has been questioned publicly, repeatedly, in certain quarters, including by some of the senior lawyers. Bhushan himself has criticised him in the past. In February 2020, Bhushan wrote about the presence of Narendra Modi, Amit Shah, Rajnath Singh and other top BJP politicians at a family event of Justice Mishra’s son-in-law. He had tweeted: “Apparently this blue-eyed Joint Secretary is the son in law of a senior SC judge & the Mundan ceremony of his daughter was at the residence of that Judge.”

Against this backdrop, the institution of the Supreme Court will be well served if Justice Mishra recuses himself from the current contempt proceedings.

Contempt of court is an important and effective remedy against imputations of improper or corrupt judicial conduct. However, its purpose is not to protect the dignity of judges in their own eyes, but in the eyes of the numerous petitioners, the countless poor, disadvantaged, disempowered people who throng the topmost court for justice. One hopes that Justice Mishra will remember that in times when most of the institutions have been denuded of their legitimacy, the apex court still shines as the last ray of hope.