The Gogoi Case and After: For the Sake of Justice, India's Judiciary Needs Urgent Reform

No mature society should permit an individual to impersonate or appropriate an institution, writes a former Patna high court judge.

A joke that was going around some time ago on WhatsApp is worth sharing for what it tells us about the perception of judges generally, and especially now.

It went something like this: A congregation of judges landed up accidentally in heaven. After the usual camaraderie that befits a ‘brotherhood’, they sat around gossiping and boasting of how they had elevated the image of the judiciary during their tenure. While doing so, they suddenly spotted a gentleman with robes and a wig walking behind a staff bearing menial. Naturally curious as to how that particular gentleman had managed to acquire a dress and posture on which they alone had proprietary rights, they asked who he was. The answer was that it was God himself, pretending to be a judge.

The joke tells you of the enviable clout a judge enjoys. If it ended all in a joke it could be enjoyed and promptly forgotten, but unfortunately now we are suffering the aftermath of setting up larger-than-life figures, much to everyone’s chagrin. Now we have to watch these persons, made delusional by public adulation, appropriate institutions with such finesse that we are unable to discern the difference between the individual and the institution.

In this magical conjuration, we have forgotten that no matter how highly placed or competent an individual, he pales in comparison to the greatness of an institution, and no mature society should permit an individual to impersonate or appropriate it. Not only should the idea itself have struck us as being preposterous, but we should have been sufficiently warned that it would yield disastrous results, as we can see today.

On a personal level, when a person identifies so closely with the institution, one tends to harbour a mistaken belief of one’s own invincibility and lose a sense of balance. The fact of human fallibility is lost. And this poses a huge problem for everyone when an individual posing as an institution is called to question. The first instinct is to attack, which incidentally is the best defence, and if it does not work, one plays the victim card. And who does not love a victim, simply for its effortless power of putting one in a comparatively advantageous position.

Watching the perils in action

The Chief Justice of India (CJI) was recently accused of having sexually harassed a former Supreme Court staffer. In an open court, while defending himself, the CJI said that the institution of the CJI was under attack. A lot of ink has flown on the procedural irregularities committed in handling (read: burying) the issue. I will not repeat it. I am on a larger issue. In this entire episode, one wonders who the victim is. Is it the individual, or the individual posing as the institution or the institution itself. By the time one figures out, public memory would fade and society may have braced itself for worse things.

I find it not only painful but also demeaning to comment, as a legally trained person, on what happened on April 20 and thereafter. How does one enter into a discussion on the obvious? What is the fate that is to befall our future generations if we set our benchmark so low? The song from the film Jagriti sung by an idealistic teacher, “Hum layein hain toofan sey kashti sambhal kay, iss desh ko rakhna mere bachon sambhal kay” which came soon after independence, keeps playing in my head, and like many others, I shed silent tears, noticing how miserably our generation has failed the country.

However, being a confirmed optimist, I would think all is not lost yet and the like-minded, instead of commenting and discussing the autocratic procedure which was adopted while dealing with the problem, should treat it as a wake-up call for the judiciary and suggest practical methods of holistic improvement. We should realise that now is the time to reform the manner in which we make choices, while putting persons on positions likely to have an effect on the course of the nation.

Also read: Explained: Seven Dead-Ends if You’re a Victim of Sexual Harassment in the Supreme Court

Whether the National Judicial Appointments Commission has failed or is the appropriate body for appointing judges, or of it should be substituted by another, is immaterial. So long as the body itself which picks and chooses is corrupt or corruptible (maybe not in the financial sense), is biased or prejudiced, we will continue to have persons who may be competent, but certainly lack moral authority.

At this juncture it is imperative that we begin a debate and initiate a procedure to introduce persons with a ‘goodness quotient’ in the judiciary, who apart from competence have the essential virtues of ethics and morality. How this is to be achieved I am not competent to suggest. Maybe a psychoanalytical system of questionnaires which an individual would not be able to bluff could be worked out with the help of experts in the area. All those who merely mouth politically correct platitudes and create an impression that those are their personal beliefs would possibly be weeded out in this process.

It is well known that the test of a person is when he or she is taken out of their comfort zone, so those who are chosen must be somehow made to step out of their comfort zones and tested, and only then be given the responsibility of wielding power. A lesser mortal neither deserves it, nor does the country deserve such mortals in a democratic set up when justice is not charity to be doled out at whim. 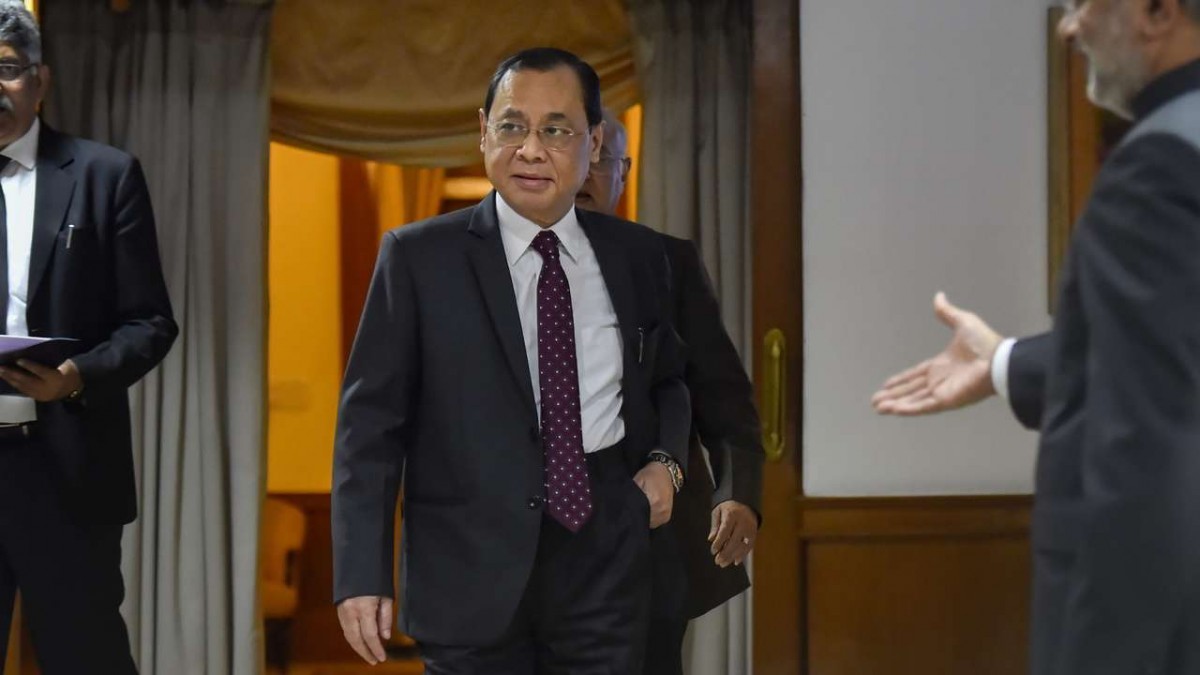 In any case, a system which does not periodically question itself on its purpose and perspective can never work because it is innately dishonest not to do so. The judiciary similarly owes a duty to itself to remember that it is not a body which is a relic of the British Raj, but a democratic wing expected to deliver justice not to subjects but to fellow countrymen. Equality has to permeate the minds of the judges, and justice must substitute charity.

Say what you mean and mean what you say

While on pretensions and postures, I am reminded of the fine distinction by Shakespeare in the Twelfth Night on the emotion of love being different from the idea of love through the opening lines of the play by Duke Orsino, “If music be the food of love, play on, give me excess of it; that surfeiting, the appetite may sicken, and so die.” So imagining love, the Duke is sick of his own passions.

Also read: Surely the Supreme Court’s Posers in the Azam Khan Case Apply to its Judges Too

Similarly, most judges unfortunately love the idea of justice, in imagination, not justice itself. Like the Duke, the judiciary is also ailing and sick, having consumed itself with the idea of justice. This explains the complete disconnect between the illuminating judgments one delivers and the path a judge follows when putting it into practice in his individual cause. Till date I am unable to explain and reconcile the judgments, quoted below, of some of the very best and most erudite judges who sat on the ‘special bench’ between April 20 and 24, and did what they did.

To quote from their own words:

28. It is on the aforesaid jurisprudential premise that the fundamental principles of natural justice, including audi alteram partem, have developed. It is for this reason that the courts have consistently insisted that such procedural fairness has to be adhered to before a decision is made and infraction thereof has led to the quashing of decisions taken. In many statutes, provisions are made ensuring that a notice is given to a person against whom an order is likely to be passed before a decision is made, but there may be instances where though an authority is vested with the powers to pass such orders, which affect the liberty or property of an individual but the statute may not contain a provision for prior hearing. But what is important to be noted is that the applicability of principles of natural justice is not dependent upon any statutory provision. The principle has to be mandatorily applied irrespective of the fact as to whether there is any such statutory provision or not.” [Emphasis added]

Justice Arun Mishra was part of the bench in Nidhi Kaim (2017), which held:

“97. We may examine the controversy, from yet another perspective. Let us presume, that the position is equally balanced for the two sides. Let us attempt to apply the test of a Court’s conscience, to a situation where on principle, a Court is not in a position to decide, whether it should, or it should not, exercise its discretion in favour of a party to a lis.

A situation, wherein the Court’s conscience commends to it (in a matter, as the one in hand), to exercise its discretion under Article 142, to preserve the benefit of the appellants’ admission to the MBBS course; and at the same time, equally commends to it, not to so exercise its jurisdiction (i.e., not to preserve to the appellants, the benefit of their admission to the MBBS course), in favour of the appellant. How should this Court deal with such a situation? We are of the considered view, that where two options are open to a Court, and both are equally beckoning, it would be most prudent to choose the one, which is founded on truth and honesty, and the one which is founded on fair play and legitimacy. Siding with the option founded on the deceit or fraud, or on favour as opposed to merit, or by avoiding the postulated due process, would be imprudent. Judicial conscience must only support the righteous cause.

Also read: The Smothering of Justice at India’s Highest Court

Justice Deepak Gupta was part of the majority opinion which opened the judgment in Rakesh Kumar Paul (2017):

“1. In Measure for Measure the Duke complains (in the given situation): “And liberty plucks justice by the nose”. The truth is that personal liberty cannot be compromised at the altar of what the State might perceive as justice – justice for one might be perceived as injustice for another.” [Emphasis added]

The relevant question we need to ask of ourselves now is, how long can we carry on this bluff. Surely this artificial bubble must burst – and the sooner the better, for the sake of justice, for which alone the courts and judges exist.

Anjana Prakash is a senior advocate and a former judge of the High Court of Judicature at Patna. The author acknowledges research support given by Namit Saxena, Advocate.