The apex court directed the listing of the case for February 2, when the hearing would be tested on the standard of objectivity, which the bench has set for itself. 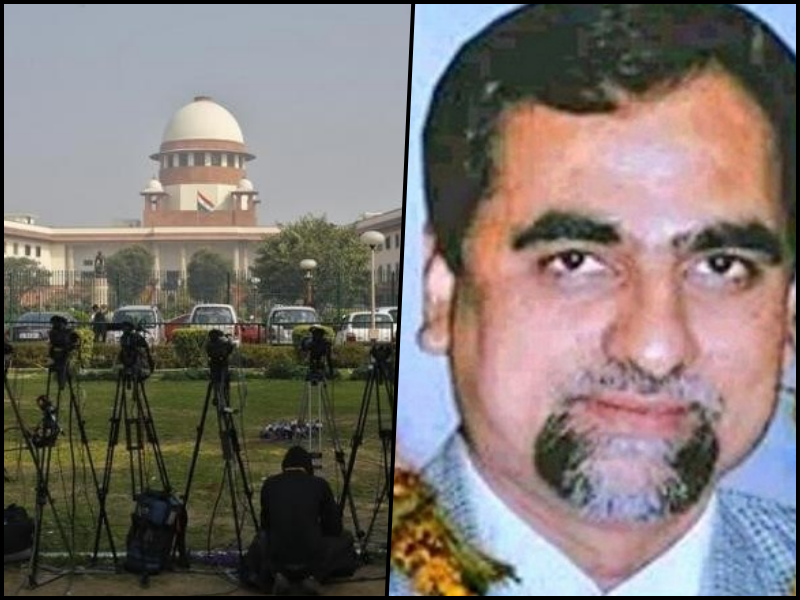 New Delhi: The hearing of the case related to the death of judge B.H. Loya before the chief justice-led bench in the Supreme Court began on Monday, marked by an acrimonious exchange between the counsel and judges on questions of propriety, objectivity and the freedom of the media to report sub judice matters. This was hardly surprising given the huge stakes involved in the efforts to unravel the mystery over the death of Judge Loya.

Although there are two petitioners before the Supreme Court seeking an independent probe into the “mysterious” death of Loya on December 1, 2014, it was the two counsel for the interveners, Dushyant Dave and Indira Jaising, who appeared to have set the agenda of the hearing on Monday.

Was Loya’s death mysterious? As of now, it is a natural death, observed Justice D.Y. Chandrachud, one of the three judges on the bench. Dave agreed, but added he only wished it was, as there are several pointers that suggest the contrary. Although Dave sought to list a few such suspicions about the theory of natural death, the bench considered it premature to discuss their merits in the absence of a complete record of documents.

Therefore, the bench made an attempt to facilitate the gathering of these documents, both from the side of the Maharashtra government, and from the counsel, who claimed to have received “disturbing” materials under the Right to Information Act.

As the collating of relevant documents for the perusal of the bench is not complete, a brief adjournment of the hearing to facilitate this was expected. But the prelude to the hearing of the case suggested that there are huge stakes involved in its outcome, and any lapse on the part of the interveners could mean a huge setback to the efforts to unravel the truth.

The January 12 press conference by four senior judges, the hearing of the petitions first by the Justice Arun Mishra-led bench, and his so-called recusal, followed by the mentioning of the case before Chief Justice Dipak Misra, and the listing of the case before him as the “appropriate bench as per the roster” on Monday, just a day prior to the hearing of the same case in the Bombay high court, all created grave doubts about the nature of this extraordinary interest in the matter by the apex court.

The interveners were initially reluctant to agree to the transfer of the pending cases in the high court to the Supreme Court. Dave told the bench that the high court’s judgment, whatever it is, would be useful when the Supreme Court is set to hear and decide the case, and therefore, it would make sense not to disturb the hearing in the high court. But the Maharashtra government’s counsel, Mukul Rohatgi, opposed this, saying there cannot be parallel hearings in the same case, and the Supreme Court bench saw merit in it, indicating it was inclined to transfer the cases to itself. The interveners agreed, but sought an assurance that an apex court order would not be a bar on anyone moving the high court against the CBI’s failure to challenge the discharge of Amit Shah in the Sohrabuddin matter. The CJI told Dave: “We are not concerned with it any way”.

But it is obvious that it is the link between these two cases that is likely to cloud questions of propriety and objectivity during the hearing of the Loya case. Propriety because, as Dave told the bench, each of the three senior counsels in this case – Harish Salve, Rohatgi (both representing the Maharashtra government) and Pallav Shishodia, representing one of the two petitioners – had defended Shah in the past, and therefore, they suffered from serious conflict of interest. Dave further contended that Shah is seen as the beneficiary of Judge Loya’s death – as subsequent events like his discharge by Loya’s successor, and the CBI’s unwillingness to appeal against it in the high court, show.

Dave’s repeated mentioning  Shah’s name during the hearings which irked Salve and Rohatgi, who objected to what they said was the “casting of aspersions on someone who was not present in the court.”

Justice Chandrachud answered Dave’s criticism that the court should not seek the assistance of lawyers who defended Shah by pointing out that the bench cannot act as a Bar Council and decide who could argue in a case. It is a matter of individual conscience, as he put it. His remarks seemed to suggest that if the lawyers concerned don’t value propriety, the bench could hardly do anything in this regard. On the contrary, the bench has a duty and responsibility to be objective, and to expect similar objectivity from the counsel, he suggested. Casting aspersions on someone, without credible evidence, especially when he is not before the court as a party, would cloud that objectivity, he seemed to suggest. On his part, Salve said that he did not need Dave’s certificate in propriety, while the latter claimed he did not require the former’s lectures on morality.

As the chief justice was dictating his order, Salve suggested that he add that the documents would be shared with the counsel, who should be barred from sharing them with others. This, he claimed, is not a plea for a gag order against the media, but is in the interest of serving judicial officers who had given statements on Judge Loya’s death. In response to Salve’s suggestion, both Dave and Jaising vehemently protested that this would be tantamount to a gag order.

Jaising, in particular, drew attention to the bench’s previous order in the Padmaavat case, which emphasised the freedom of the media, and asked whether Salve’s suggestion would not mean a departure from the principle it had laid down in that case. Jaising did not suggest that the bench was likely to accept Salve’s view, but only used a point of argument to persuade it not to adopt that course, which would be unpopular.

But the analogy seemed to have greatly irked the chief justice, who addressed Jaising in a rather unusual tone and demanded her unconditional apology. Jaising did apologise and withdrew what she said, but still made the point that the court did not consider similar pleas to gag the media in other pending cases. Why does Salve want the bench to treat this case differently, to justify the gag on the media, both Dave and Jaising asked. While both Salve and the bench pointed to the statements of serving judicial officers as the reason, the vehemence of the protest against an indirect gag on the media made the bench see reason, and abandon Salve’s suggestion in its order.

The bench directed the listing of the case for 2 pm on February 2, when the hearing would be tested on the standard of objectivity, which the bench has set for itself.