The AAP government told the court that it would take over a month to decide whether to grant sanction to prosecute former JNU students' union president, Kanhaiya Kumar. 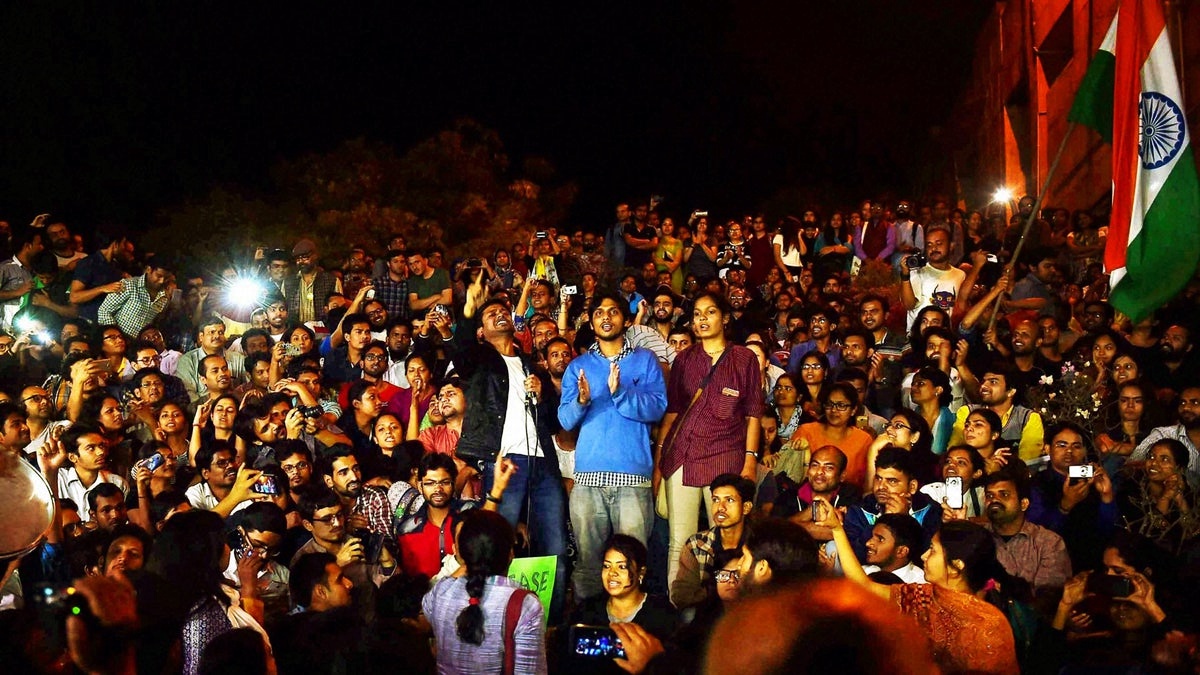 Protest in JNU during the sedition row. Credit: PTI

New Delhi: The Delhi government on Friday told a court that police filed the chargesheet in the 2016 JNU sedition case in a “hasty” and “secretive manner” and that it will take over a month to decide whether to grant sanction to prosecute former JNU student’s union president Kanhaiya Kumar in the case.

It accused the police of filing the chargesheet secretly and in a hasty manner without obtaining the required sanction from the competent authority.

The court had earlier directed the state government to file a “proper reply”, citing a definite time-frame.

DCP of special cell of Delhi Police, Pramod Kushwaha, had told the court that the agency has requested the Delhi government. He said a chargesheet can be filed without seeking sanction, which is an administrative process.

On January 14, police filed a chargesheet in the court against Kumar and others, saying he was leading a procession and had supported seditious slogans raised in the JNU campus during an event on February 9, 2016.