Many had taken to social media in response to Sabbah Haji's tweet to demand that Haji Public School in Doda district be shut down.

New Delhi: Sabbah Haji, the former director of Haji Public School in Jammu and Kashmir, was granted bail on Friday after being arrested last week over her comments on social media on Chief of Defence Staff late General Bipin Rawat. The educator had shared an Instagram story of a post shared by the account ‘Stand with Kashmir’ that had called Rawat a ‘war criminal’ in the aftermath of his death in a helicopter crash in Tamil Nadu. 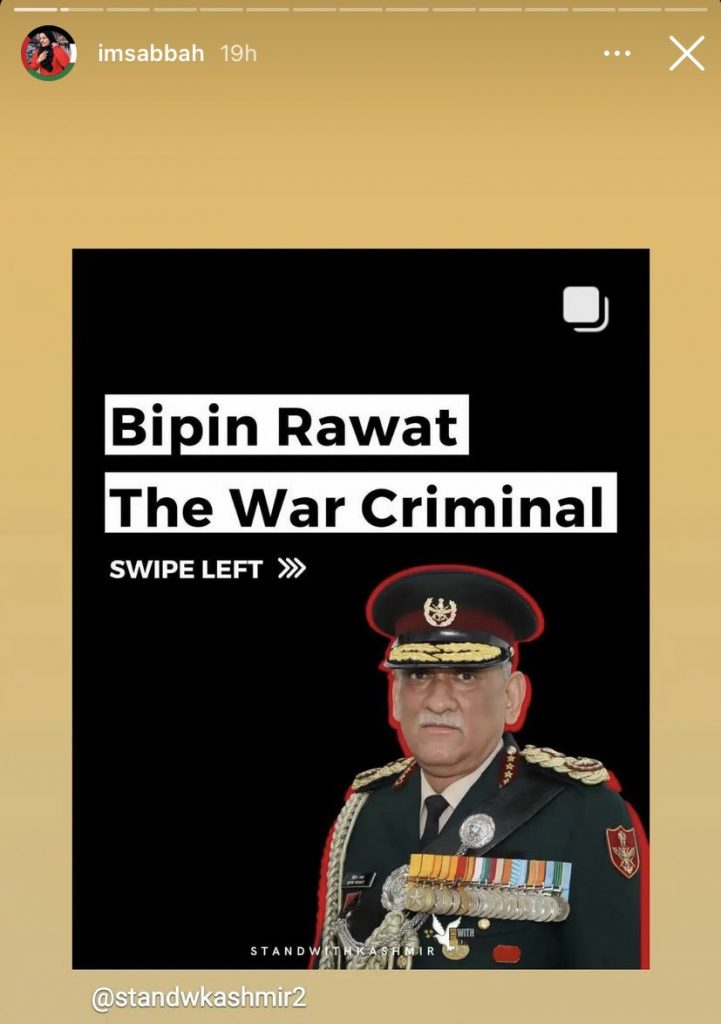 The story shared by the Haji.

Many had taken to social media in response to demand that the 37-year-old be arrested and that Haji Public School in Doda district be shut down. A complaint was submitted by Ravinder Singh Thakur of the Bharatiya Janata Yuva Morcha to the Doda police station. Taking cognisance of the matter, the executive magistrate of Doda district in Jammu and Kashmir had started a probe against Haji.

Granting her absolute bail, the magistrate said law enforcing agencies would monitor her activities for a year, and she should appear before a women’s police station at Doda daily for three days from 10 am to 2 pm daily.

Also read: Watch | CDS Bipin Rawat: The Story of Criticism Over Kashmir and His Rise to Power

Haji is the former director of Haji Public School in her native village of Breswana in Doda, Jammu and Kashmir. The not-for-profit school was established in 2009 by her family.

“The Haji Public School management would like to clarify that a recent distasteful media post during the rounds has nothing to do with the school and that the said person has acted in their individual capacity after their tenure with the school ended. Ms Sabbah Haji is not associated with Haji Public School in any official capacity,” the school management had informed publicly on its official page.