Granting the Gujarat MLA bail, the sessions judge came down heavily on the Assam Police and urged the high court to consider ways to curb “ongoing excesses” by the force. 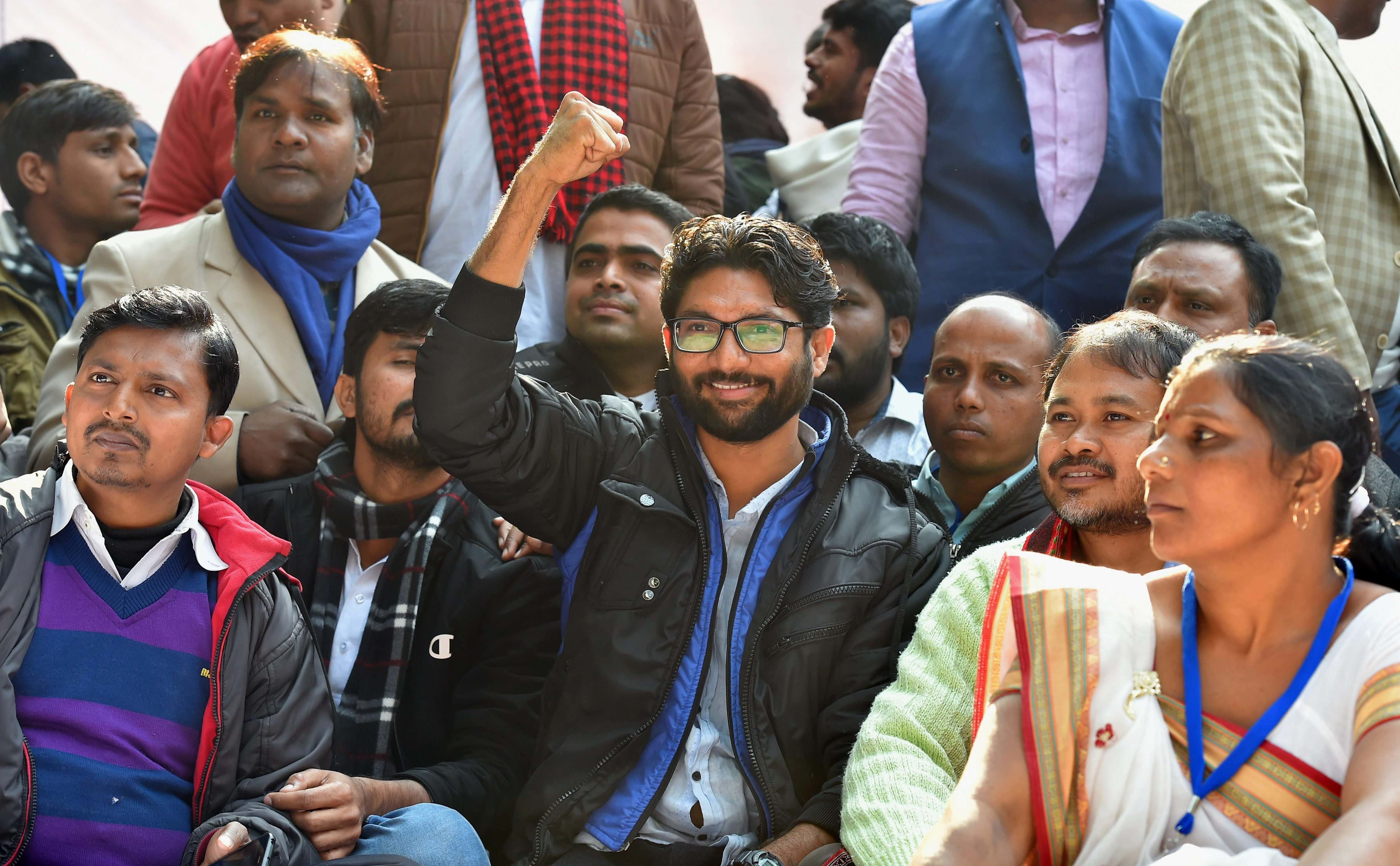 New Delhi: Accusing the authorities in Assam of seeking to establish a ‘police state’, the Barpeta sessions court on Friday granted bail to Jignesh Mevani and said the Gauhati high court should consider treating his order as a PIL to curb “ongoing police excesses” in the state.

The Gujarat MLA was arrested by the Assam Police for allegedly molesting a policewoman immediately after receiving bail in a case related to tweets critical of Prime Minister Narendra Modi.

On Tuesday, April 26, the Barpeta Chief Judicial Magistrate Mukul Chetia had sent the opposition leader from Gujarat to five-day police custody after denying him bail.

Mevani had moved a fresh bail plea on April 28 and the court, after hearing arguments, granted him bail. “No sane person will ever try to outrage the modesty of a lady police officer in presence of two male police officers and there is nothing in the record to hold that the accused Jignesh Mevani is an insane person,” the court said in its order.

The judge also said that while the law disallows confessions made in police custody from being treated as evidence it is silent about the evidentiary value of claims made by the police about the conduct of someone in their custody which nobody else has seen only because the legislature never imagined such a situation would come to pass.

The superindent of police in Kokrajhar is Thube Prateek Vijay Kumar, a senior IPS officer. The sessions court noted that the policewoman’s complaint — which it said was fabricated — had been cleared by the SP, according to her own account.

Speaking to The Wire, Mevani’s lawyer Angshuman Bora said, “He was granted bail on a personal bond of Rs 1,000 which indicates that it was a fabricated case.”

Bora said, “The sessions court also stated that this order must be sent to all police stations of the state so that while an accused is taken from one place to another, the police herein record the journey electronically.”

Mevani’s lawyer said he is most likely going to be taken back to Kokrajhar for completion of formalities related to the first case and will then be released. “This might take a day,” Bora said.

Mevani had been re-arrested on April 25, moments after he got bail in the first case.

“It is a conspiracy by the BJP and the RSS. They did this to tarnish my image. They have been doing this systematically. They did it to Rohit Vemula, they did it to Chandrasekhar Azad, now they are targeting me,” Mevani is reported to have said just after his re-arrest.

The second case was based on the complaint of a woman sub-inspector posted at Kokrajhar police station who alleged that the Gujarat MLA had outraged her modesty and used slang words against her.

After his re-arrest, Mevani’s lawyer Bora told The Wire that “while there was not even a whisper about this FIR even while the Kokrajhar police was vehemently opposing his bail plea at the lower court hearing on April 24 evening, once the bail was granted, the new case was mentioned and remand granted by the chief judicial magistrate at Kokrajhar.”

The Wire has accessed a copy of the FIR which states that the woman sub-inspector of Kokrajhar police station had filed a complaint with the station officer of the Barpeta Road police station on April 21. In it, the policewoman claimed that she was “escorting the arrested accused person Jignesh Mevani” in connection with the Kokrajhar case from the Guwahati airport to Kokrajhar in a government vehicle along with two other senior police officials that day.

The officer added in her complaint that additional superintendent of police Surjeet Singh Panesar and TSI Mouti Basumatary were also present in the vehicle when the “assault” took place.

The superintendents of police in charge of Kokrajhar and Barpeta are Thube Prateek Vijay Kumar (IPS) and Amitava Sinha (Assam Police Service).

Mevani, an independent MLA of the Vadgam assembly constituency of Gujarat, was originally taken into custody by a team of Kokrajhar police on April 20 night from Gujarat based on a complaint by a BJP leader that a tweet he had written two days ago against Modi would “incite” enmity between two communities.

Anup Kumar Dey, a BJP executive member in Assam’s autonomous Bodoland Territorial Council, reportedly complained to the police saying he had come across a tweet by Mevani saying that the “prime minister of India Narendra Modi worships and considers ‘Godse’ as God and appealed the PM on his visit on April 20 to Gujarat should make an appeal to the public for the peace and harmony in areas such as Himmatnagar, Khambhat and Veraval where communal violence had taken place.”

Mevani’s back-to-back arrests are being widely looked at as the ruling BJP’s attempt to silence the opposition in the run-up to the assembly elections in Gujarat.

Note: This copy has been updated with the details from the bail order.