Gogoi and After: It's Time to Read Down the Indian Law Books' Table of Contempts

We’re always being told to respect institutions. But reputations depend on respect earned. Our courts have been the backbone of India since independence, but they have also let us down many times. 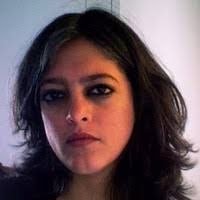 It’s probably not coronavirus, but I have been feeling very ill. I think it’s from the sight of Ranjan Gogoi, his Chief Justice robe still warm, being sworn in as a member of the Rajya Sabha.

My symptoms—nausea and anxiety—aren’t new. I’ve have had them on and off for years, like when the court decided that Section 377 should stand, because who’s even met any homosexuals? I feel sick whenever the court inexplicably takes and presents documents in sealed envelopes. I had a bad bout when petitions about the lockdown in Kashmir and the violence in JNU were put on the back burner. And another when the act of destroying the Babri Masjid was rewarded.

My gills turned green when the court decided that there was no need to investigate the death of Justice Loya because the testimony of his fellow judges had “a ring of truth”. When the Chief Justice invited the Prime Minister to dinner at the Supreme Court and showed him around his courtroom I had some shortness of breath, as also when another judge called the Prime Minister ‘an internationally acclaimed visionary’ and gushed about his ‘versatile genius’. I straight up puked when Ranjan Gogoi oversaw a matter of sexual harassment in which he was the accused. And when the court said that the pressure on it to stop the Delhi violence was ‘too much to bear’, I felt unbearably ill too.

Also Read: From the Supreme Court, a Reminder that Justice Was Sacrificed to Save a Judge

This is not just about Ranjan Gogoi, clearly. There is something terribly amiss in our courts, and unlike the other pillars of democracy, there is virtually no outside check on the judiciary.

If a judge is neglectful, or corrupt, or either indebted to or obsequious to the powers that be, or susceptible to post-retirement inducements, or less about the constitution and more about the political zeitgeist, or any number of other judicial sins, how does a citizenry object? You can speak your mind to the government, though the government may not like it. People routinely diss parliament. Nobody feels nervous about hating on the press, not even the press. But the judiciary is armoured by those three magical little words: Contempt of Court.

Contempt makes sense to the extent that it should not be possible to lightly toss aside the court’s orders and, instead of going to prison, go home and make a YouTube video about how stupid the judge is. Clearly, the court’s pronouncements must have authority and must require compliance. But assigning motive to a judge’s orders is also verboten, because judges are supposed to operate without fear or favour. What happens when that assumption is justifiably eroded by a combination of orders and actions, suggesting that fear and favour are alive and kicking in the dispensation of justice? Shouldn’t it be possible to question a judge’s actions and orders, or how and why judges are appointed or transferred?

We’re always being told to respect institutions. But reputations depend on respect earned. Our courts have been the backbone of India since independence, but they have also let us down many times – most famously, but not exclusively, during the Emergency, and too many times in the last six years. There is a reason why social media today is full of barely disguised contempt for the judiciary.

When you discover a cancer, you don’t sit back and say ‘The rest of you is okay, you fusspot.’ Similarly, when a vital institution seems weakened, you don’t say ‘It’s only an auto-immune disorder, stop implying that the body isn’t well.’ We need to get rid of contempt charges for pointing out obvious problems. We need to watch the watchmen.