INX Scandal: Why the Supreme Court Decided to Give Chidambaram Bail in the ED's Case

While making sharp observations on the Delhi high court recording findings based on 'sealed covers', the apex court also strangely issued a gag order on the former finance minister. 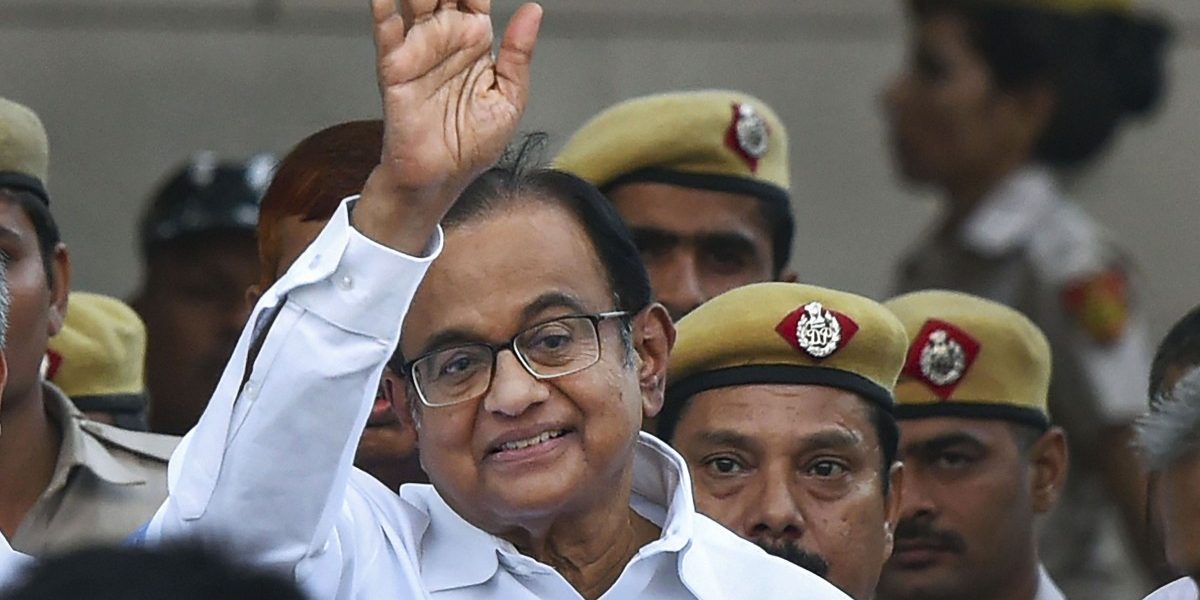 The INX Media case has resulted in two investigations: one by the Central Bureau of Investigation (CBI) and the other by the Enforcement Directorate (ED).

The question of bail in the CBI’s case against Chidambaram revolved around the ‘triple test’ issue – namely whether there were worries that the accused could abscond, tamper with evidence or influence witnesses.

In the ED’s case, which also argued that the senior Congress leader shouldn’t be granted bail, the courts had to determine whether the “gravity of the offence” should be a factor in denying an accused his right to bail.

While granting bail to Chidambaram in the ED’s case, a three-judge-bench comprising Justices R. Banumathi, A.S. Bopanna, and Hrishikesh Roy made some crucial observations with regard to the order passed by Justice Suresh Kumar Kait of the Delhi high court last month, in which the former finance minister’s plea was dismissed.

While Justice Kait ruled that Chidambaram’s plea satisfied the triple test for bail, it was nevertheless turned down due to the gravity of the offence in the INX Media case.

That is, the Delhi high court felt that allegations of government favouritism, corruption and money laundering were alarming enough to deny bail.

The Supreme Court has noted while the gravity of an alleged offence can be considered as one factor, it cannot be a legal principle in and of itself and must be looked at on a case-by-case basis.

“…even if the allegation is one of grave economic offence, it is not a rule that bail should be denied in every case since there is no such bar created in the relevant enactment passed by the legislature nor does the bail jurisprudence provides so. Therefore, the underlining conclusion is that irrespective of the nature and gravity of charge, the precedent of another case alone will not be the basis for either grant or refusal of bail though it may have a bearing on principle,” the judgement noted.

Also read: Chidambaram Arrest: 100 Days and Counting, Yet What Has Been Proven?

The apex court also made sharp observations on the manner in which the Delhi high court order appears to have recorded conclusions on the ED’s findings in the INX media case.

In particular, it believes the high court judge should not have recorded findings based on evidence given by the ED in a “sealed cover”, even if it was entitled to examine those materials.

While making a reference to the apex court’s earlier order in the CBI case, it noted:

“At the same time, this Court, had disapproved the manner in which the learned Judge of the High Court in the said case had verbatim quoted a note produced by the respondent. If that be the position, in the instant case, the learned Judge while adverting to the materials, ought not have recorded a finding based on the materials produced before him.”

On the issue of courts making observations based on evidence given by the government in sealed covers, the three-judge-bench went on to hold:

“…though it is held that it would be open for the Court to peruse the documents, it would be against the concept of fair trial if in every case the prosecution presents documents in sealed cover and the findings on the same are recorded as if the offence is committed and the same is treated as having a bearing for denial or grant of bail.”

Therefore, the Supreme Court notes that the observations of the high court based on the contents of the sealed cover were not justified.

Also read: The ED, CBI Role is Unsurprising in Bail Denial to P. Chidambaram, Not So the Courts

Finally, the bench also dealt with Solicitor General Tushar Mehta’s argument that more evidence is yet to be collected by ED and thus it cannot be ruled out that Chidambaram would influence future witnesses.

“In the present situation the appellant is not in political power nor is he holding any post in the Government of the day so as to be in a position to interfere. In that view such allegation cannot be accepted on its face value. With regard to the witness having written that he is not prepared to be confronted as he is from the same state, the appellant cannot be held responsible for the same when there is no material to indicate that the appellant or anyone on his behalf had restrained or threatened the concerned witness who refused to be confronted with the appellant in custody,” the apex court.

With these observations, the Supreme Court decided to grant bail to the former finance minister, subject to certain conditions.

Bizarrely, the apex court has told Chidambaram not to make any public statements or give any press interviews with regard to the INX Media case which involves him or any other of the co-accused.

This is a condition of his bail, apart from a few other restrictions such as taking permission before travelling abroad and cooperating with the investigation whenever required.

Senior advocate and criminal lawyers have described the gag order as “uncommon” and having only been sparingly ordered in the past.

“This condition needs to be imposed on the ED and CBI too. It cannot be that an accused is gagged whereas the other party speaks about it and jeopardises his case. It’s the first time that such a thing is happening,” senior advocate Vikas Pahwa told one media organisation.

“Section 437 of the Criminal Procedure Code deals with conditions which can be imposed on accused while granting bail. So, restricting him from tampering evidence, influencing witnesses and traveling abroad are usual ones. But such a media gag is not mentioned,” added Pahwa.

However, other legal experts noted that the Madras high court had done the same while giving bail to Nirmala Devi, the primary accused in the sex-for-cash scandal in Madurai Kamaraj University.