Counsel for the investigative agency, however, argued that they no longer wanted custody and that the law should follow its own course. 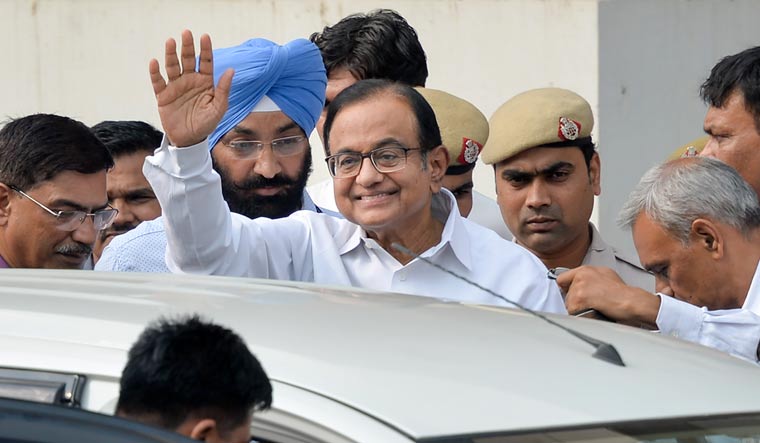 New Delhi: The Supreme Court on Tuesday said that CBI custody of former finance minister P. Chidambaram would continue for another two days, until September 5.

A two-judge apex court bench comprising Justice R. Banumathi and Justice A.S. Bopanna said it would on Thursday hear Chidambaram’s plea in which he has challenged the non-bailable warrant issued against him as well as the trial court’s orders that sent him to CBI custody.

In the meantime, media reports noted that Chidambaram’s counsel submitted that they would not press for bail at the special CBI court till Thursday.

The senior Congress leader, who was arrested by the CBI on August 21, has been in the investigative agency’s spotlight over the past two weeks in connection with the controversial INX Media scandal.

The INX case is being probed by two different investigations – the CBI and the Enforcement Directorate – and has over the last two weeks led to lengthy bail hearings in both the Supreme Court and the special CBI court at Rouse Avenue Court Complex here.

On Tuesday, the apex court bench comprising Justice R. Banumathi declined to hear Chidambaram’s bail petition and said that it would be listed on September 5.

Incidentally, September 5 is when another bail petition filed by the former finance minister, this one concerning the case registered by the ED, has also been listed for orders.

At the beginning of the hearing, however, solicitor general Tushar Mehta noted that if the CBI matter was listed for September 5, his argument that the special leave petition is not maintainable would be rendered infructuous.

Senior advocate Kapil Sibal argued that the 15-day period of remand would end on September 5. To which, Mehta replied the CBI didn’t want custody of Chidambaram any longer and that the law should “take its own course”, implying that the former finance minister should be sent to judicial custody (jail).

According to reports, senior advocate Abhishek Manu Singhvi suggested that status quo should be maintained till Thursday (September 5) and that Chidambaram’s legal team would not press its bail application before the trial court until then.

While posting the matter for hearing on Thursday, the bench said: “We are conscious that we should not usurp the jurisdiction of the concerned trial court.”