The Congress leader's special leave petition in the CBI case will be heard only on Monday, when his custody will end. 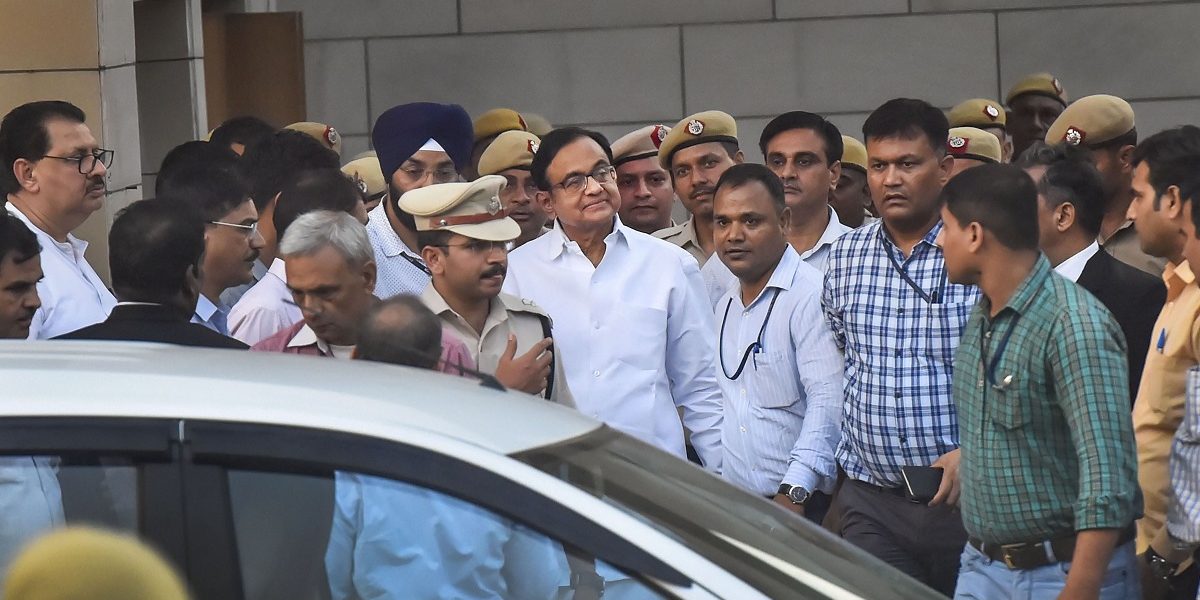 New Delhi: The legal battle over the investigation into P. Chidambaram’s connection to the INX Media case continued on Friday, with the Supreme Court granting interim protection from arrest to the senior Congress leader in the Enforcement Directorate’s (ED) case.

The INX Media controversy has sparked two cases by investigative agencies, one by the ED and the other by the Central Bureau of Investigation (CBI).

While solicitor general Tushar Mehta strongly argued against any form of interim relief, saying it could prejudice lower courts into granting the former finance minister regular bail in the separate CBI case, a bench headed by Justice R. Banumathi rejected this argument.

Because Chidambaram has already been remanded to the CBI’s custody until August 26, his special leave petition in the CBI case will be heard only on Monday, when his custody will end.

The Congress leader’s legal team, which includes senior advocates Kapil Sibal and Abhishek Manu Singhvi, has also challenged the CBI’s custody separately, which will also be heard by the apex court on Monday.

In the Supreme Court, the bail hearing provided an opportunity for Mehta to formally outline the contours of the charges against Chidambaram, some of which have been made public by the media through source-based reporting over the last few days.

In short, Mehta noted that:

1) The CBI has statements from Indrani Mukherjea, who turned approver earlier this year, that she and her husband had met Chidambaram and were told that Foreign Investment Promotion Board (FIPB) approvals would be given to INX Media.

2) There is electronic evidence to show that there was an alleged exchange of money (presumably between the Mukherjeas and the Chidambarams), which involved money laundering. The CBI also has evidence that shell companies were created overseas by people close to Chidambaram to receive this money.

3) Wills were written out by the persons in whose name the shell companies were created and those wills were in favour of the granddaughter of P. Chidambaram. Mehta, however, notes that these wills have now been destroyed.

The arguments put forth by Chidambaram’s legal team, both in the Supreme Court and the special CBI court, in favour of granting bail, have been:

1) The Delhi high court order that turned down the Congress leader’s anticipatory bail petition had certain paragraphs that were a “cut and paste” job of a note that was handed over by SG Mehta in the hearings.

2) Singhvi specifically noted: How is it possible for a judge [former Delhi HC judge Sunil Gaur] hearing an anticipatory bail case to say that parliament should abolish pre-arrest bail for economic offenders in high-profile cases?

3) Chidambaram is cooperating with the investigation. He is not a flight risk. And he can’t tamper with the evidence as the draft chargesheet in the case has been prepared. These are the three primary conditions on which grant of bail should be decided.

Towards the end of the hearing, Mehta tried to submit a sealed cover to the Supreme Court bench. At that point, Sibal objected, noting that even in the Delhi high court hearing, the solicitor general had handed over a note to the judge.

Justice Bhanmuati agreed to examine the matter at the next hearing on Monday.