What Will Karim Khan's Election as Prosecutor Mean for the International Criminal Court?

Khan, the third prosecutor of the ICC, will have to play politics while prosecuting international crimes and maintaining the highest standards of personal and professional integrity. 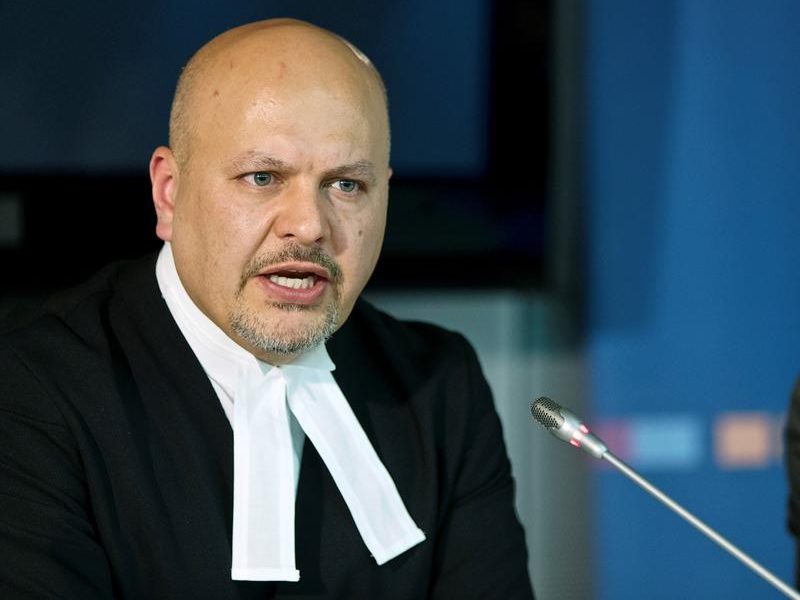 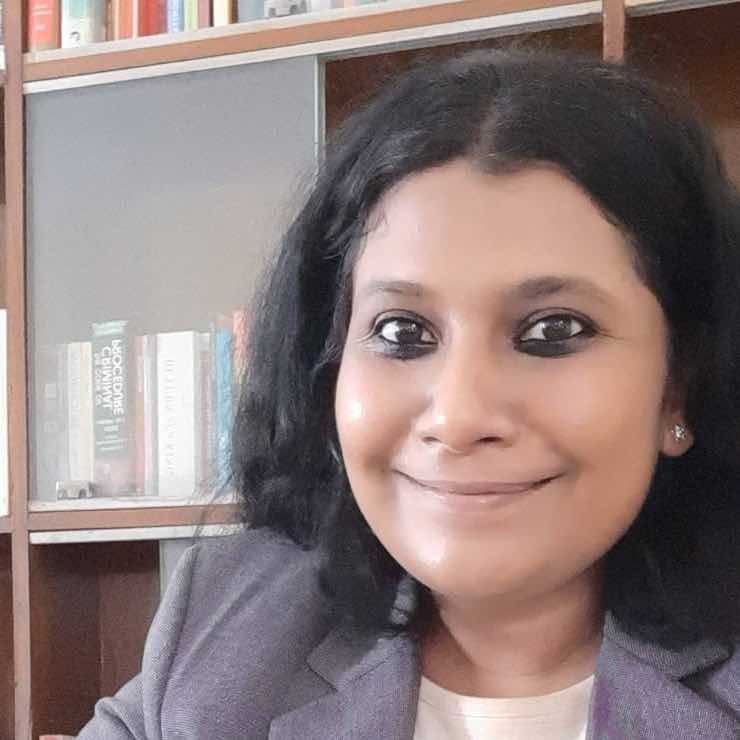 The election of Karim Khan, a non-white male from a religious minority in the UK, as the third prosecutor of the International Criminal Court (ICC) at The Hague begins a new chapter in the history of the Office of the Prosecutor (OTP) at the ICC.

Khan was one of the final four contenders for this important position and went through several rounds of nomination and vetting to reach the final phase of selection at the 19th session of the Assembly of States Parties. This piece discusses the role of the prosecutor as the figurehead of the mandate of the ICC to end impunity for egregious violations of human rights and to create a culture of accountability and an international rule of law. These are weighty words and history has shown, from Nuremberg and Tokyo to The Hague, prosecutors have had to straddle the divide between politics and international criminal law.

The ICC created under the Rome Statute of the International Criminal Court turns 23 this year and is a relatively young institution of international law. The Rome Statute, the international treaty establishing the ICC was adopted in Rome in 1998 by a conference of 120 states and entered into force in July 2002. For the first time in human history, this conference of states created a permanent international court with jurisdiction to prosecute the most serious crimes of genocide, war crimes, crimes against humanity and the crime of aggression, committed on the territories or by the nationals of member states after the entry into force of the Rome Statute in 2002.

The journey to establish the ICC began in the aftermath of the Second World War and the lessons from the trials held at Nuremberg and Tokyo that clearly showed the frailty of politically motivated criminal prosecutions. In the decades that followed, genocide, war crimes, crimes against humanity continued to be the subject of much deliberation by the international community. From the Khmer Rouge atrocities in Cambodia in the 1960s and ’70s, to the Rwandan genocide of 1994 and the atrocities in the territories of the former Republic of Yugoslavia in the early 90s, the response from the international community always included the establishment of ad hoc international criminal tribunals such as the UN International Criminal Tribunal for Rwanda (UNICTR), the UN International Criminal Tribunal for Yugoslavia (UNICTY) and in Cambodia a hybrid model of the domestic and the international in the form of the Extraordinary Chambers in the Courts of Cambodia/UN Assistance to the Khmer Rouge Trials (ECCC/UNAKRT).

These tribunals were established in the aftermath of each individual episode of genocide and war crimes and given the jurisdiction to prosecute those individuals most responsible for the crimes committed. The establishment of these and others (such as the Special Court for Sierra Leone, The Mechanism for International Criminal Tribunals (UNMICT) etc. hybrid and ad hoc international criminal tribunals was an act of political tightrope walking – in each instance, there would be resistance by the State concerned and its allies, and the positivist balance of international law would have to be shaken up in an effort to end a culture of impunity and uphold an international rule of law. To say nothing of the cultural implications of establishing international criminal law processes in opposition to existing local and domestic criminal structures, the logistical challenges and enormous costs of establishing and running institutions of international criminal law in different parts of the world and supporting them with the budget of the General Assembly.

Also read: Argentina Is Taking a Unique Route to Try Myanmar’s Leaders for Crimes on Rohingya

This is the context in which finding the political will to accept that a permanent court is better than temporary or ad hoc courts, that criminal justice is better than other forms of restitutive justice and that international trials are better than domestic trials translated into creating the ICC.

However, in its 23 years, the ICC has not replaced the ad hocs, which continue to function independently mainly because the ICC’s temporal jurisdiction is limited to crimes committed after July 2002 and does not extend retrospectively to the spectacularly violent crimes committed throughout the 1900s. Secondly, the ICC has only 123 member States – crucially, none of the powerful States (USA, China, India, Russia) are parties to the Rome Statute and have opposed the idea of the ICC in different ways including funding, political cooperation and investigative and police assistance. Thirdly, of the member States, 33 are African, the largest regional group in the list of member States. This may have lead to a predominant focus on prosecutions against Africans and the neutrality of the ICC has been called into question creating a legitimacy crisis of the institution. Fourthly, a unique feature of jurisdiction under the Rome Statute is a mechanism called complementarity which requires that the ICC only intervene and initiate prosecution proceedings if the domestic legal mechanism in a member State is unable or unwilling to do so.

Taken together, these four issues have compounded the perception of credibility of the ICC as an institution. The bias against African states is shown in that of the 30 cases and 13 situations under investigation, only 3 are non-African (Georgia, Bangladesh/Myanmar and Afghanistan). The appearance of a bias against African States has also been argued to be a proclivity to pick on the weak and kowtow to the powerful – an instance of the latter may be seen in the shockingly hasty decision of the Chamber that withdrew jurisdiction from Afghanistan as soon as some preliminary investigations into what may have developed into an important step in bringing justice in Afghanistan revealed US involvement and required that further investigations be carried out against officials of the US government. The US retaliated by imposing sanctions on the ICC Prosecutor and closing all diplomatic channels to the ICC. In the face of extreme pressure, the ICC withdrew its investigations into Afghanistan.

The first ICC prosecutor was Argentine lawyer Luis Moreno Ocampo whose term in office was marked with setting into place investigative mechanisms of the court and applying the idea of complementarity to politically sensitive conflicts in member States. Ocampo’s term is remembered as an extension of his colourful personality and marked with scandals that further brought the ICC’s credibility into question. When in 2012, Gambian lawyer Fatou Bensouda succeeded Ocampo as the ICC’s second Prosecutor, she inherited both the credibility crisis from Ocampo’s term and the democratic deficit that had shadowed the court since it was established. It fell to her to invigorate the provisions on the powers of the Prosecutor in the Rome Statute, and during her term in office that concludes today, Bensouda has attracted the tag “audacious” for the ways in which she has actively and strenuously followed investigative powers and redefined the suo moto powers of the ICC Prosecutor under the Rome Statute.

Also read: Bringing Al-Bashir to Justice: The Options Available to the ICC

That Bensouda’s campaign of audacity and bold interpretations of the powers of her office have not led to a proportional rate of successful trials at the ICC or even successfully closed and completed cases is certainly fair criticism of her term as Prosecutor which has seen towards its end a sudden increase in the number of convictions but also too many open investigations that never reached any conclusive findings. The OTP is an institution that like many other powerful offices, takes on the personality and the energy of its incumbent.

Across history, it is individuals who have written the narrative of events, not institutions or amorphous political incidents. The legacy of Bensouda is courage in the face of adversity and using limited resources to bring international attention to the work of the ICC that daily battles a losing war on its credibility. The ICC Prosecutor is expected to be a diplomat, a statesman, a fund manager, and a machine to crush impunity, all at once. These are unrealistic and superhuman standards to hold the best of us to but the process of appointing a new Prosecutor to replace Bensouda as her term ends took each of the criteria seriously and the Assembly of States Parties to the Rome Statute, have since August 2019 been engaged in an international search for the next Prosecutor who best fits the criteria.

Karim Khan, the third prosecutor of the ICC, will have to play politics while prosecuting international crimes and maintaining the highest standards of personal and professional integrity while doing so. To most of the States in Asia, Africa and Latin America, Fatou Bensouda, as a black woman in a position of tremendous power, had become a symbol of hope for the future of the ICC. Khan, despite his Pakistani origins, is likely to be defined much more by his British nationality than by anything else. This could help the ICC survive if Khan can attract more funding and support for the ICC from the UK and its main political ally.

With a new president in office in the US and a new Prosecutor at the ICC, a lot of the troubled history of cooperation between the United Nations and the ICC could possibly now be rewritten. The bottomline must always be to ensure that the ICC which was set up precisely to end a culture of impunity for the worst crimes and to end politically motivated prosecutions does not become yet another sham institution that is too weak to realise its own mandate.

Rashmi Raman is an international lawyer and law professor at the Jindal Global Law School.  She has worked at several of the courts and tribunals discussed in this piece, including ICC, ICTR, ECCC/UNAKRT. The opinions expressed here are her own.