Does India Meet the Legal Standards It Demanded From Pakistan in the Jadhav Case?

The UAPA and NIA amendments contravene the ICCPR and other international law standards that India invoked at the International Court of Justice as part of its arguments against Pakistan. India had sought repeated access to Jadhav over a dozen times since his arrest was announced in March 2016. Photo: Reuters 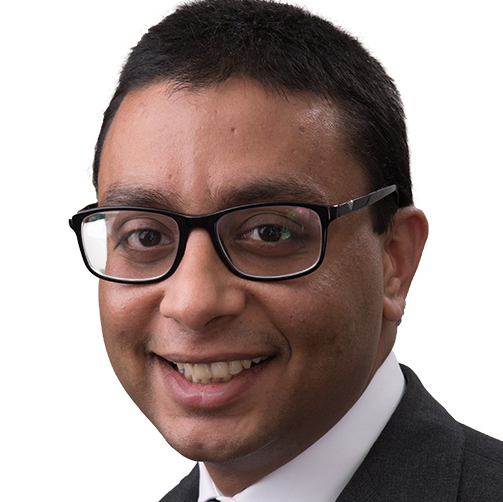 Two weeks have passed since the International Court of Justice announced its decision in the Kulbhushan Jadhav case. The judgment has been celebrated in India as a significant legal and moral victory, and as an indictment of Pakistan for a blatant miscarriage of justice.

Those same two weeks have seen significant changes in the legal landscape for prosecuting terrorism in Indian law, with amendments to the Unlawful Activities (Prevention) Act (UAPA) and the National Investigation Agency Act (NIA Act). These amendments have expanded the powers of the NIA, allowed the central government to designate individuals as terrorists without a trial, and altered the scheme of power-sharing between central and state governments.

Juxtaposing these two developments against each other begs the question of how India and the Indian legal system would fare if the positions had been reversed. India argued that Pakistan’s treatment of an alleged Indian spy and terrorist did not meet the standards required by international law. Would India’s treatment of a similarly situated Pakistani individual meet the requirements of international law? We suggest that it would not.

The first step towards answering this question is to understand the relevant international law standard. The ICJ did not have much to say on this point, as it restricted itself to the narrow question regarding the violation of consular rights. A more complete picture of the alleged shortcomings in the judicial treatment of Jadhav in Pakistan is provided by the arguments presented by India before the ICJ.

In its submissions, India relied heavily on Article 14 of the ICCPR, which provides for the basic human right to a fair trial and to equality before courts and tribunals. India framed this right as a part of the minimum obligations owed by states to foreign nationals.

In interpreting the contents and requirements of this right, India referred to General Comment No. 32, which is the UN Human Rights Committee’s influential interpretation of Article 14. This is the standard which India has sought to impose on Pakistan as a requirement of international law. By extension, this is the standard which India considers itself to be bound by.

Also read: India Should Review Its Own Systems in Light of ICJ’s Kulbhushan Jadhav Judgment

From the perspective of this standard, let us focus, in particular, on the amendment of the UAPA to allow for the designation of individuals as terrorists. Under section 35 of UAPA, the central government is authorised to notify an organisation as a terrorist organisation, provided it “believes that it is involved in terrorism” and that the notification is laid before Parliament.

Following the amendment, this power will be extended to include the notification of individuals as terrorists, with significant legal and social consequences. The home minister Amit Shah helpfully assured Parliament that this power would not be misused.

Notwithstanding this assurance, UAPA provides no actual procedural safeguards for the exercise of this power. Analogous provisions of the UAPA dealing with the designation of organisations as unlawful (as opposed to terrorist) require a judicial review within 30 days. The provisions authorising the designation of organisations (and now individuals) as terrorist contain no such checks.

Affected individuals or organisations are required to follow a three-step procedure for redress. First, they must apply for denotification to the central government, i.e. the same authority which issued the notification. If this is unsuccessful, they can appeal to a review committee which has only one judicial member and up to three non-judicial members who are senior government officials. Finally, they may appeal to the High Courts under Articles 226 and 277 of the Constitution. It is only at this last stage that they have access to a judicial remedy.

The Kulbhushan Jadhav judgment being read out at the ICJ on July 17. Photo: Twitter/@CIJ_ICJ

This is a significant contravention of the requirements of Article 14 of the ICCPR and of General Comment No. 32. Article 14(1) provides: “…everyone shall be entitled to a fair and public hearing by a competent, independent and impartial tribunal established by law.” General Comment No. 32 clarifies that this requires access to first instance judicial remedies, and not appellate remedies as currently available under UAPA.

Similarly, the absence of a hearing, the lack of a requirement for a reasoned decision, and the fact that the first two review mechanisms are not impartial, all contravene the requirements of Article 14 and General Comment No. 32. The European Court of Human Rights has repeatedly held that similar notification procedures are incompatible with analogous fair trial rights under Article 6 of the European Convention on Human Rights.

To be clear, the recent amendments to the UAPA are not unusual in the context of Indian anti-terrorism laws. Similar provisions in the now-repealed Prevention of Terrorism Act have been challenged before the Supreme Court and upheld. This does not, however, change the fact that these procedures are inconsistent with the international law obligations that India endorsed in its arguments in the Jadhav case.

Beyond the recent amendments to UAPA and the NIA Act, many other aspects of India’s criminal justice system, particularly as it applies to alleged spies, terrorists and traitors, would fall short of these international law standards. Among other things, General Comment No. 32 provides that guaranteeing the right to a fair trial requires expeditious trials, the prohibition of torture and the insulation of the judiciary from political control.

Evidence of India’s failure to comply with these requirements may be seen in: the absurd delays in the ongoing Bhima Koregaon case; India’s continuing failure to ratify the Torture Convention on the grounds that it lacks an appropriate legislative framework, and the continuing use of torture in India; and, the allegations of political interference in the NIA’s investigations into ‘Hindu terror’.

This analysis of the Indian criminal justice system will inevitably come up against arguments of ‘selective outrage’. Proponents of these arguments will point to the complete lack of due process in Jadhav’s trial in Pakistan and the relative superiority of the Indian judiciary.

This argument is not without its merits. An alleged spy and terrorist would undoubtedly fare better before Indian courts than before Pakistani courts. However, that is not, and should not be, enough. It should not suffice to be better than a state that our government derides internationally as a failed state. At the very least India should be able to meet the standards it seeks to enforce upon others.

Abhimanyu George Jain is an advocate and is currently pursuing a PhD. in international law at the Graduate Institute, Geneva.