Displeased with the attire of a government employee appearing before it, the Himachal Pradesh high court recently issued guidelines on how litigants should dress for their dealings with the justice system. 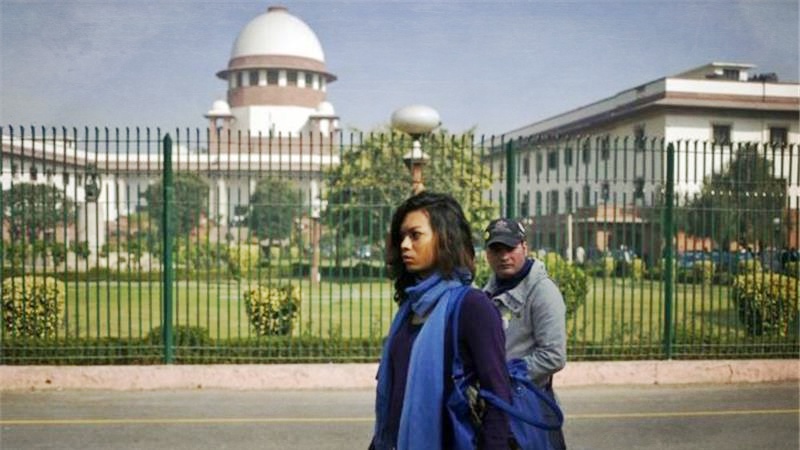 It was with the greatest interest that I read a recent report on the Himachal Pradesh high court ticking off a junior engineer who appeared in person before it wearing a “multi-coloured check shirt and jeans”. The division bench of Justices Tarlok Singh Chauhan and Ajay Mohan Goel was even more “appalled” on being informed that the government employee “discharges her official duties wearing only these kinds of dresses.”

The court drew precedential strength from the Allahabad high court judgment in Prayag Das vs Civil Judge to drive home the point that sartorial inelegance undermined the ‘majesty of law’. The court then proceeded to issue guidelines on how litigants, “particularly government officers and officials,” should be “dressed in a modest manner” for their dealings with the justice system. Promptly, the state chief secretary issued an advisory for all government servants to enter court rooms “in formal, clean and sober clothes which should not look gaudy”.

Indeed, the learned judges have a point that courtrooms cannot resemble clubs and judicial proceedings must have some solemnity and gravitas, which would require litigants to be solemnly dressed. However, I must confess I was secretly quite impressed that my well-hidden patriarchal beliefs about demure pahari women stood effectively shattered by this lady engineer daring to show up for her court date in jeans.

Finally, India had its Vinny Gambini moment – the iconic character brought to life by Joe Pesci in the Hollywood courthouse movie My Cousin Vinny. The greenhorn Gambini, entrusted by fate to defend his cousin Billy in a murder trial, unfailingly sent the judge into shock by coming to court dressed in the most outlandish combinations of suits and ties.

Though the colonies across the Atlantic, while junking the meaningless “u” in ‘colour’ and ‘labour’, also did away with judicial wigs and gowns, India was quite happy to continue the tradition of British attire in its courtrooms, even while burning British clothes born out of Manchester looms during the peak of the freedom struggle. I have lamented several times about why even after demanding our Kohinoor back and slamming Christopher Nolan for airbrushing Indian soldiers awaiting evacuation on the beaches of Dunkirk, we still need to mourn Queen Mary’s death, which led the Inns of Court to go black and make lawyers dress in black.

For a country that secured its freedom by latching on to the loin cloth of a coat-tie shedding barrister, our fascination with the formal is truly baffling.

Section 49(1)(gg) of the Advocates Act, 1961, empowers the Bar Council of India (BCI) to frame rules governing “the form of dresses or robes to be worn by advocates, having regard to the climatic conditions, appearing before any court or tribunal”. No rules so far have stipulated how litigants should be dressed. The BCI has framed rules for lawyers, which also amusingly categorises lawyers as “advocates” and “lady advocates.” The “advocates” – the menfolk who are not “lady advocates” – are required to wear “a black buttoned up coat, chapkan, achkan, black sherwani.” They could also wear “a black open breast coat, white shirt, white collar, stiff or soft.” In either scenario, the advocate must wear white bands with advocate’s gowns and “long trousers (white, black striped or grey) or dhoti, excluding jeans.”

The rules require the “lady advocate” to wear a “black full sleeve jacket or blouse.” She could also settle for “sarees or long skirts (white or black or any mellow or subdued colour without any print or design) or flare (white, black or black stripped or grey) or Punjabi dress churidar kurta or salwar-kurta with or without dupatta (white or black) or traditional dress with black coat and bands.”

Phew! Quite a regimen that is, and so thoughtful of them to include the “traditional” part.

I had referred to the coat-shedding barrister from Porbandar who appealed to our national conscience to “recall the face of poorest and the weakest woman whom you have seen, and ask yourself, if the step you contemplate is going to be of any use to her. Will she gain anything by it? Will it restore her to a control over her own life and destiny?” In a land that considers Gandhi the nation’s father, let me spin this question. What threatens our justice system more: a jeans-wearing litigant or one who feels exasperated that her day in court will never come even if she comes dolled in a Banarasi saree because, her case – a maintenance case or a pension dispute or a retrenchment dispute – is simply not important enough like say a hot patent case or a mining tender case or a multi-crore tax refund, or she does not have the money to engage a fancy senior advocate who is skilled to secure primacy for his client’s case?

According to me – and I must concede that I may be way off the mark,  Indian courts today face far too many challenges than the clothing habits of litigants. The credibility of the judicial system – which was our last holy cow, that independent and pristine island of hope in the middle of a republic torn by its contradictions of corruption, nepotism, non-meritocrisy – is at the danger mark.

Sadly, in the process of battling the contagion of corruption, nepotism and non-meritocracy, the justice system itself stands infected. The opposition to replace the collegium system of judicial appointments on the pretext of defending judicial independence has not been backed up by an equal resolve to insulate the process of selecting judges from considerations that have nothing to do with merit. The impression that backroom deals still dominate judicial selections is now no longer confined to just whispers in court corridors.

In my view, our high courts have to play a critical role in restoring the public’s faith in the justice system. Courts must view their role in (a) the selection of judges of the constitutional courts, (b) the appointment of judges to subordinate courts, and (c) the designation of senior advocates not as avenues to extend the influence and prospects of individual judges but as opportunities to reinstate the “majesty” of the judicial system as a whole. This calls for great sacrifices. This ‘majesty’ does not stand as threatened by a jeans-clad junior engineer as much as by a junior lawyer being rewarded with a number of high-fee paying court commissions or the designation of a senior advocate or being favoured in interviews to be made a subordinate judge simply on account of his lineage.

Let us not miss the woods for the trees. Contributing to solemnity apart, another important purpose behind prescribing a uniform for lawyers is to ensure the appearance of a semblance of equality before the law. The equal treatment of litigants can only happen when there is an equal treatment of their lawyers. The lawyer from Jor Bagh and the lawyer from Karol Bagh would look the same in black coats and gowns. The learned judge would never be able to tell that the former’s gown was stitched in London whereas the latter’s apparel was born in Chandni Chowk. The real challenge for our courts is to treat the two equally. This sends out the message that all litigants are equal before the law irrespective of the legal fees they can afford and which lawyer they engage. The one who is the judge’s son-in-law or the one who doesn’t have a godfather. Sadly, in reality, the former always has the edge. He is heard more, his chance at wangling a discretionary order is greater and his prospects at being favoured in matters of designation and elevation brighter.

The Himachal court had invoked the Bard of Avon, who had said “Apparel oft proclaims the man,” but in the same stanza William Shakespeare had also said, “Give every man thy ear.”

Sanjoy Ghose is a Delhi-based lawyer.