If Powerful Branches Act in a Constitutionally Shameless Manner, Citizens Must Step Up

The Poles and the Israelis took to the streets in recent times when their courts were threatened by autocratic governments. The Constitution of India may, yet again, be looking to its people to stand up for it. 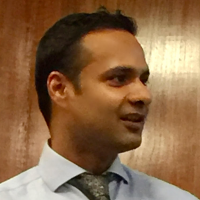 Under the collegium system we currently have in place for appointment of judges to constitutional courts (i.e. the Supreme Court and the high courts), the power of appointment rests with the senior judges of the Supreme Court (the ‘collegium’); the government of the day has the right to request a reconsideration of any recommendations once but is bound to accept a reiterated recommendation. The system was put in place to preserve judicial independence after Indira Gandhi sought a ‘committed judiciary’ – committed obviously to the Executive – and remains the law of the land.

Parliament sought to replace the collegium system of judicial appointments with a National Judicial Appointments Commission (NJAC) by amending the Constitution soon after the Narendra Modi government took office in 2014. The amendment was struck down as unconstitutional by the Supreme Court under its power to review amendments that seek to alter the Constitution’s basic structure (which includes judicial independence). Incidentally, the basic structure doctrine is yet another judicial power developed as a response to Indira Gandhi government’s rising authoritarianism, and one that may well have prevented her from cementing her stranglehold over the state. The fact that both the collegium system and the basic structure doctrine emerged as judicial responses to a former autocratic premier, and are simultaneously under severe attack from latter day autocrats is no coincidence.

The judges in the NJAC judgment therefore held that the weight of political voice in judicial appointments cannot exceed the weight of judicial voice. This demand of ‘judicial primacy’ was motivated by the need to ensure that constitutional courts remain independent of the government of the day. Our democracy depends on a system of checks and balance between a multi-partisan legislature, a uni-partisan/bloc-partisan higher executive, and a host of non-partisan institutions (that include the civil service, courts, and guarantor institutions like election commission, human rights commission, auditor general, information commission, reserve bank, attorney general etc). Executive primacy in judiciary appointments endangers this constitutional scheme of separation of powers.

The NJAC judgment has its critics. For one thing, judicial primacy is not essential to avoid the ‘web of indebtedness’. The Court could have approached the question differently, by focussing not on the relative weight of the political and the judicial voice in appointments, but instead focussing on the relative balance between political voices from the ruling and opposition parties. One of the key issues of contention has been the government’s demand that it should be able to veto a judicial recommendation, rather than merely request a reconsideration. A political veto obviously breaches judicial primacy. But it can still be compatible with judicial independence if the veto is exercised not by the government of the day acting alone, but jointly with the leader of the largest party in the opposition in the Lok Sabha. In other words, neither the government, not the largest opposition party, can veto a candidate on its own, but if they agree to simultaneously oppose a reiterated recommendation, that should count as a joint political veto.

As far as the question of selecting candidates for consideration is concerned, that is best done by an open application process against clearly specified criteria—a process that most major democracies today follow. But in relation to the current system in place, there is no reason why politicians should be completely barred from recommending names to be added to the pool of candidates for the collegium’s consideration—as long as these political nominees are proposed jointly by the largest ruling party and the largest opposition party simultaneously. This kind of balanced political input into judicial appointments would be an improvement on our current system and preserve judicial independence from partisan capture  (I have proposed a similar balanced partisanship appointment model as a constitutional requirement for all appointed constitutional offices, including election commissioners and state governors). Such a balanced appointment mechanism would secure broad democratic input in appointments, without allowing the government to dominate.

So, while the NJAC judgments outcome was constitutionally correct, its reasoning was overbroad: the constitution’s basic structure of judicial independence can be preserved alongside a larger (balanced) political say in the appointments process.

The NJAC judgment, mindful that the collegium system was not perfect, left the door open for a different model of appointments, in which elected politicians could have a say without compromising judicial independence by making judges beholden to it. No clear proposal that address the Court’s very legitimate concerns about judicial independence have been forthcoming from the government. A constitutionally minded government would have consulted widely after the NJAC ruling, including with opposition parties, the legal profession, the academy and the senior judiciary, and generated a consensus on a broadly acceptable model compatible with judicial independence which could then have been enacted as a constitutional amendment.

Parliament, however, has chosen not to act, even though seven years have elapsed since the NJAC judgment was delivered in 2015. What has happened instead is that the government has declared open hostilities towards the Supreme Court over the collegium system and the basic structure doctrine itself (which may well have been pivotal in preserving whatever democracy we have today). The political attacks on the Court in recent weeks have been unrelenting, and set a very dangerous precedent for our democracy.

Also read: The Government Wants a ‘Committed Judiciary’ – And Could Be Close To Getting One

The government has chosen to play constitutional hardball with the court, rather than using the constitutionally legitimate mode of enacting a new amendment after proper consultations. This is a strong indication that the recent political attacks are motivated not by high constitutional principle but by petty partisan motives, geared towards securing an executive capture of our constitutional courts. This suspicion is further strengthened by the curious timing of the government’s move: why has the government become so vociferous about the 2015 judgment’s shortcomings now, in 2023? What has changed since the appointment of the new Chief Justice in November last year that has led to this new sense of urgency on the government’s part?

Our public institutions, including the judiciary, are admittedly flawed, and need multiple reforms. But institutions – even flawed ones – take decades to build, and can be destroyed overnight. The only alternative to institutional authority is personal and partisan power, the very definition of autocracy. This does not mean institutions get a free pass – honest criticism of one’s institutions and constant efforts to improve them are required of a citizen not despite her duty to support and defend them but because she has such a duty.

The manner as well as the timing of the government’s response should worry us a lot. A judiciary can only wield the power of the pen, and ultimately cannot defend itself against an overweening executive that has the power of the sword, or a churlish legislature that holds the power of the purse. The only thing that makes a democracy functional is a sense of shame that keeps these partisan – and more powerful – branches from crossing the constitutional Lakshman Rekha around institutions expected to act in a non-partisan manner. When these powerful branches start acting in a constitutionally shameless and blatantly partisan manner, it remains up to the citizens of the country to defend their constitution. The Poles and the Israelis took to the streets in recent times when their courts were threatened by autocratic governments. The Constitution of India may, yet again, be looking to its people to stand up for it.

Tarunabh Khaitan is a professor of Public Law and Legal Theory at the University of Oxford, Visiting Professor in Law at Harvard Law School, Professorial Fellow at Melbourne Law School, and the Head of Research of the Bonavero Institute of Human Rights (Oxford). He is the author of Killing a Constitution with a Thousand Cuts: Executive Aggrandizement and Party-State Fusion in India.