The high court's decision came hours after the Supreme Court had order for status quo to be maintained in a similar case regarding the Idgah Ground in Bengaluru. 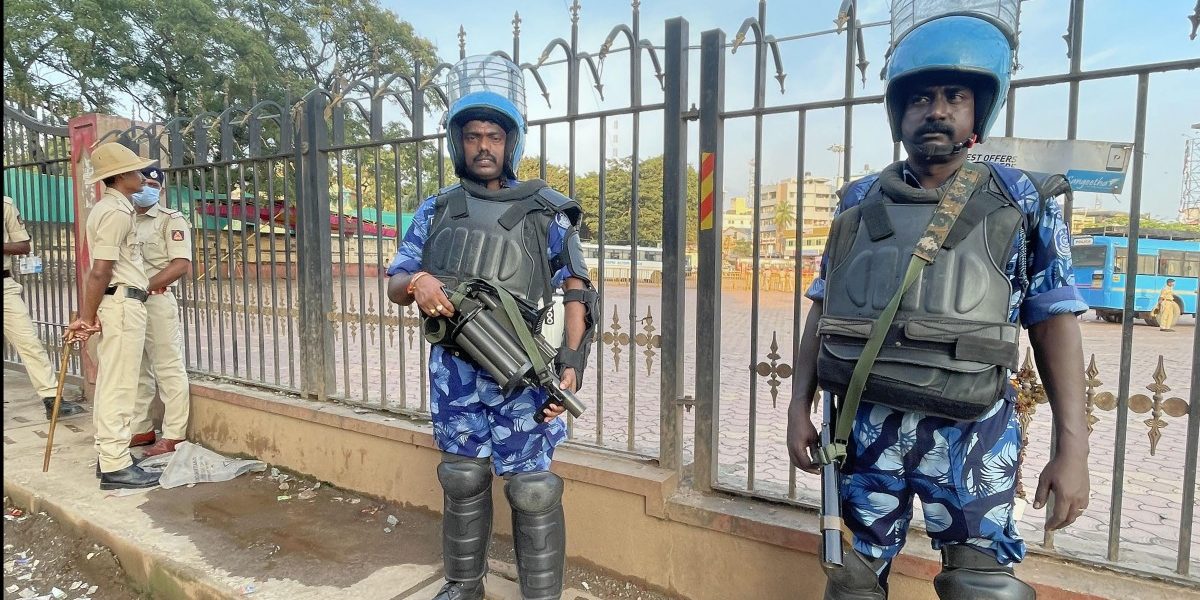 Interestingly, earlier that same day, the Supreme Court had halted the Karnataka government’s move to hold Ganesh Chaturthi at the Idgah Maidan in Bengaluru’s Chamarajpet, ordering that the status quo which has existed for 200 years be maintained.

Yet, the single-judge bench of Justice Ashok Kinagi of the Dharwad bench ruled that the facts in the Hubbali case were different since there was no title dispute over the land in question and that the land belonged to the Hubbali Dharwad Municipal Corporation.

On Wednesday, the Anjuman-e-Islam moved the Supreme Court challenging Justice Kinagi’s decision, according to the Indian Express.

The matter first came before a two-judge bench of Justices Hemant Gupta and Sudhanshu Dhulia. However, the bench was unable to come to a consensus, citing differences of opinion, and referred the case to Chief Justice of India U.U. Lalit.

During the hearing, while the Waqf Board claimed uninterrupted possession of the land since 1871, the state government claimed that it owned the land.

While noting that Muslims have owned the land for 200 years, the petitioner’s counsel, senior advocate Kapil Sibal said that the state government’s ownership claims “reek of something”.

Sibal also cited the Waqf Act to state that any challenge to a Waqf property must be put forth within six months and now, in 2022, it is being challenged.

“What is the atmosphere being created? Suddenly they say it is the Bruhat Bengaluru Mahanagara Palike ground?” he said.

Meanwhile, the counsel for the government said that the land has not been in “exclusive possession” of the Waqf Board and sought permission to use the land for only two days. When asked by the court if the municipal corporation had allowed the festival to take place on the land in the past, the counsel responded in the negative.

As such, the court disposed of the special leave petition (SLP), saying that while the issue may be agitated by both parties in the high court, in the meantime, status quo should be maintained.

“For 200 years it was not done, you also admit, so why not status quo, for 200 years whatever was not held, let it be,” the bench had noted.

Following the Supreme Court’s order, the Anjuman-i-Islam filed a petition before the Dharwad bench challenging an order passed on Tuesday by the civic body allowing the use of the Hubbali Idgah Maidan for Ganesh Chaturthi celebrations.

The high court noted that the Hubbali Dharwad Municipal Corporation owns the land in question and that it has been leased to the Anjuman-i-Islam for a period of 999 years and such such, the corporation still holds the rights over the use of the land, according to an Indian Express report.

Noting that the possessors of the land have two days to pray, namely, Ramzan and Bakri Eid, Justice Kinagi said that these days cannot be interfered with. But apart from this, the court ruled that the Corporation can do whatever it wants with the land.

Noting that since there is no dispute in ownership of the Hubbali land, the Supreme Court ruling does not apply and as such, disposed of the petition.

The Anjuman-i-Islam challenged the high court verdict on Wednesday, however, in the meantime, news agency ANI reported that festival organisers moved fast to make arrangements for the Ganesh pooja on the ground and had even installed Ganesh idols.

Note: This article was originally published at 9:21 am on Wednesday, August 31 and was updated at 12:30 pm with details of the Anjuman-i-Islam moving the Supreme Court.