How Waiting for Death Takes the Life Out of Living

The Death Penalty India Report has recorded the experiences of violence, fear and loneliness faced by death row prisoners, often incarcerated for years on end. 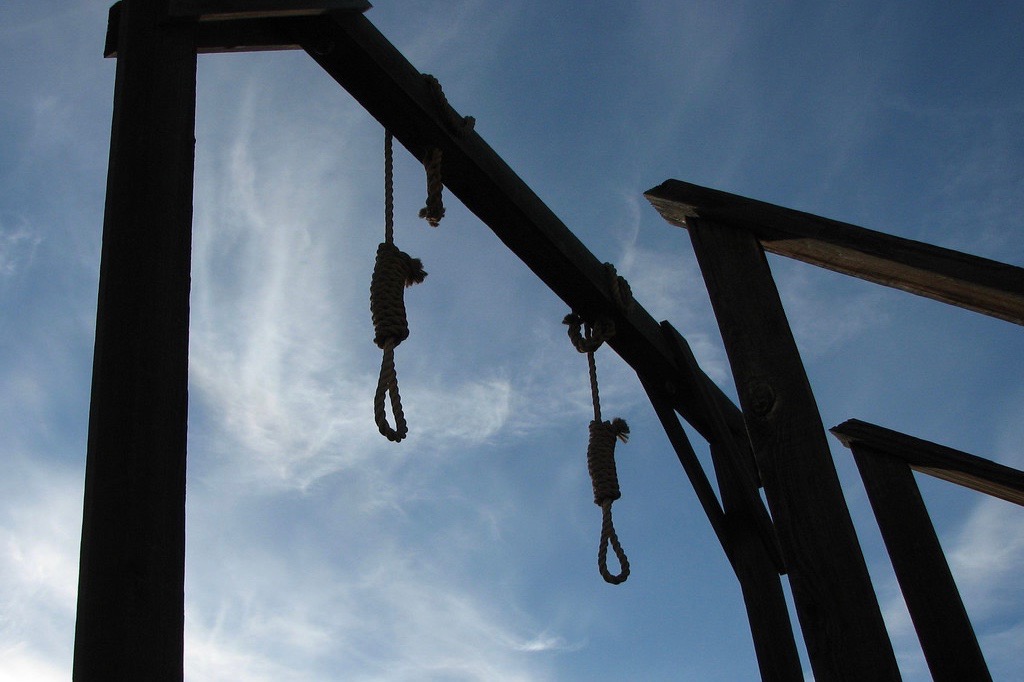 New Delhi: “Mayur recounted that he was stripped and tied on a table when a snake was let loose in the room. Apart from this, the police clipped his penis and passed electric currents through it.”

“Amaan was sentenced to death in a high profile sexual violence case. In police remand, Amaan was stripped and beaten up with a belt and bamboo stick. His face and genitals were electrocuted, causing excessive bleeding. The police also forcefully collected his semen sample and made him sign 10 to 15 blank sheets of paper.”

These are just examples of the countless stories collected by researchers from the National Law University, compiled in the Death Penalty India Report, released here on May 6. What is it like, then, to live on death row? Prisoners on death row, then, face the rigours of incarceration for years on end. Their punishment is not limited to death itself, but a life filled with uncertainty, violence, mental problems, loneliness and abandonment.

Even within prisons, being sentenced to death makes you different from everyone else, the report suggests. Every death sentence conviction from a trial has to be confirmed by a high court, and the study shows that in a vast majority of cases the sentence is not, in fact confirmed. Yet, prisoners and even their families are treated differently from the second the trial court passes its judgment.

There is no legal ground for this differential treatment. A five-judge bench in Sunil Batra vs Delhi Administration & Ors held that a prisoner sentenced to death is entitled to be treated in a manner similar to other prisoners. Differential treatment of any kind is only allowed after a death sentence has been completely confirmed and cannot be annulled by any process.

In spite of this, prisoners on death row are treated differently right from their initial conviction, the study has found. Some prisons in states like Maharashtra, Kerala, Karnataka, Jharkhand and Bihar allow no interaction between death row prisoners and others in the prison. In these cases, prisoners sentenced to death are only surrounded by others facing a similar fate.

One of the conditions for sentencing someone to death, as laid out under Bachan Singh vs. State of Punjab, is that the convict should be beyond possible reform. Education and vocational training plays a major role in possible reform and rehabilitation of prisoners, the Model Prison Manual 2003 has recognised.

Almost one-fourth of the prisoners sentenced to death have never been to school, the project has found. Another 9.6% never went beyond primary school. Several prisoners interviewed for the project talked about how prison was their first opportunity to study.

“Datta was only 20 years old when he was arrested for the rape and murder of a minor girl. Datta had never been to school, like everyone else in his family. His family belonged to a Scheduled Tribe. Currently, Datta is the youngest prisoner in the barrack he shares with older prisoners, as there are no separate barracks for young adults. Datta spends his time in prison studying, going to school at 8 am every morning. Datta is very proud of how much he has learnt in prison – he can now read in Hindi, and stated with immense satisfaction that he can now write his own name.”

The possibility of reform and rehabilitation through education was not an opportunity all death row prisoners had, the report says. Some prisons deny death row prisoners access to educational facilities, apparently using the logic that since they are to die anyway education is of no use to them. This goes against the Supreme Court judgment that death row prisoners cannot be treated differently until their sentence is finally executable.

“Sentenced to death for a terror offence, Moinuddin was very keen to pursue an undergraduate degree in political science. Although he began the course in 2007, while his case was pending in the trial court, his studies were put to a halt by prison authorities when he was transferred to a central prison after being sentenced to death. He requested the jailor and the inspector general to allow him to study, but to no avail.”

Similarly with work and vocational training, prisons across states in India did not allow death row prisoners to work from the minute they were convicted in a trial court. Though this goes against the Sunil Batra judgment, it is an extremely common practice – even making its way in as a rule in the Bihar Prison Manual 2012.

“Prisoners also want to work in prison in order to earn money to buy essentials like toothpaste and soap from the prison store, which authorities did not provide. Left with no alternative, prisoners who received no money from their families and were not permitted to work resort to working for other prisoners privately.

“Madhukar, sentenced to death for dacoity with murder, earns money in prison by washing the clothes of other inmates. Belonging to an extremely poor SC family, Madhukar had never been to school and worked as a casual labourer from a young age. He was 18-19 years old at the time of his arrest, and both of his parents passed away while he was in prison.”

Even apart from the living conditions in prison and on death row, violence inflicted on prisoners was a repeated narrative heard by the researchers. This violence is inflicted both by prison authorities and fellow prisoners. According to the study, prisoners sentenced to death for sexual offences and terror offences are more like to be vulnerable to violence.

Accounts of violence came along with concerns of complicity of the prison staff and the lack of action even after repeated complaints. In several instances, there was also violence directly inflicted by the prison staff themselves.

Not all prisoners faced only negative experiences in jail. Some also spoke of the bond that built within the barracks and the support they got from each other, others talked about the helpful authorities they had encountered who treated them with respect.

The issue of mental health in India still remains largely stigmatised, and awareness around it continues to be very low.

Intuitively, the group conducting the death penalty project thought that long durations of incarceration along with the living conditions in prisons would have an impact on the mental health of prisoners. This was corroborated by their research, where they came across several prisoners possibly suffering from mental illness and various issues around mental health.

In addition to all the other factors that make prison life extremely difficult for prisoners sentenced to death is constant worry about when the execution will finally be carried out. Given the long processes and waiting periods, anxiety and fear increased with time for the prisoners interviewed by the study.

The experience of family members in the outside world is very different from that of the prisoners. Their lives are deeply affected by the fact that they have a loved one on death row, though their experiences are talked about even less than those of the prisoners themselves. On most occasions, cases where the accused is sentenced to death become big news, at least in the locality where they occurred if not nationally. The crimes then create a range of societal reactions towards the family – social stigma, economic boycott, sometimes even outright violence. But then there are cases where a community comes together to support the family of a convict.

There are also families that feel an intense shame because of their association with the prisoner and so the crime, leading to several cases of complete abandonment of the prisoner. Some families, the study reports, had even built completely new lives for themselves after the incident and refused to even mention the prisoner.

Names of prisoners and their families have been changed for anonymity  More information on the report and the Centre on the Death Penalty is available here.