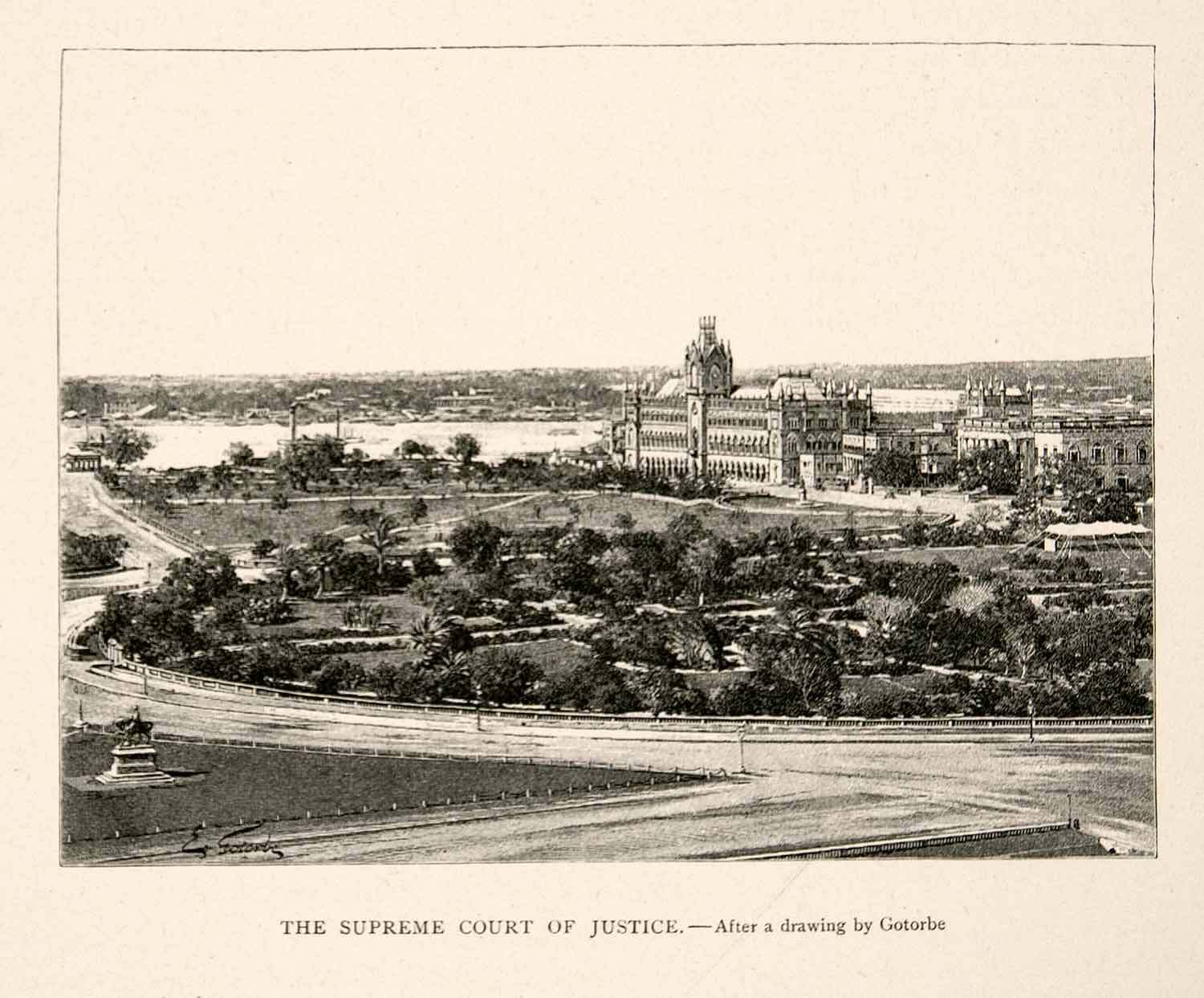 Drawing of the High Court of Judicature at Fort William.

News that the cabinet has rechristened the Madras, Bombay and Calcutta high courts as Chennai, Mumbai and Kolkata high courts respectively caught my attention when I was ruminating about another colonial legacy – the month-long summer vacations that we litigating lawyers so zealously defend.

I had just finished mine and was in the throes of withdrawal. This holiday was a necessity in the days of the British Raj, when a majority of the judges were British and had to sail back home (or head to the hills) for cooler climes to beat the subcontinental heat. The legendary Bhawal Sanyasi case (where the cash-rich Bhawal estate in Bengal was claimed by a sadhu) was stuck in the Calcutta high court for some time as the outbreak of the war had prevented one of the judges who had heard the arguments from returning! The legacy has continued and we lawyers have come up with innovative post-colonial justifications – “it’s stressful” or  “we need to update our legal knowledge”– to safeguard this “tradition” of a long recess.

Incidentally, the targeted high courts were not named after the (colonially-named) cities, but the presidencies of the Raj. Calcutta started off as ‘the high court of judicature at Fort William’. These courts were also known as ‘chartered high courts’ and enjoyed the rights to administer justice to Indian and British subjects from letters patents issued by the imperial sovereign. Few outside legal circles would be aware that the ironies of partition still force Delhi high court lawyers to refer to the “letters patent of the Lahore high court” and for those in Dhaka to fall back on the charter issued for Calcutta.

Our colonial inheritance does not end with the nomenclature. The lawyers wear black gowns – legend has it that the Inns of Court were mourning Queen Mary’s demise, but someone forgot to rescind the notification. The lawyers address the judges as “milord” or “my lord”, a term of address which, despite the efforts of the Bar Council and some individual judges, has successfully survived decolonisation. Truth be told, many judges are particular about the form of address and lawyers are too willing to oblige; it is supplicant enough and also acts as a filler for the lawyer who simply states “milord” while mentally constructing the next submission.

“Calcutta”, alas, is not the only colonial oddity that the high court preserves. There is also the wig that every incumbent chief justice must don for his or her swearing in. Then we have the robes – the gown and the collar band – greased with Delhi sweat and yet essential, since a judge may simply turn away a half-dressed counsel for not being in “uniform”. Perhaps the most colonial of all legacies is the language of the court. From Kashmir to Kohima, from Calcutta to Cochin, it’s the Queen’s English all the way, even if accents may vary. I have witnessed cases of scores of poor workmen who have simply “watched” the high court, understanding little given that their connect with Latin-peppered “inglish” would have been similar to our experience with the Sanskrit-chanting pujari at a temple who we must simply trust to have chanted the right mantra as we wouldn’t know better.

To return to the cabinet’s decision, while a decolonisation agenda for our courts is not only welcome but also timely, confining it to puerile name changes is simply cosmetic and only adds to the stationery bill.

Sadly, all the initiatives in law reform have been aesthetically appealing yet fall short in substance. Take the revolutionary commercial courts ushered in through legislation this year. Instead of expending money on infrastructure and training to put in place commercial divisions of the high courts for expedited disposal of commercial cases, the high courts have been constrained to simply designate the existing courts for the same.

Mamata wanted to transform ‘Calcutta’ into ‘London’ and ended up getting the Calcutta high court renamed Kolkata. Perhaps our politicians should be focussing on the following disturbing statistics instead – as on December 31, 2015, there were about 38.76 lakh cases pending in the high courts, 7.45 lakh of which are at least two decades old. The number of vacant positions is equally shocking. Two hundred and fifty-four permanent judge vacancies and 216 additional judge vacancies stare at us as our lordships and the government battle it out over the ‘memorandum of procedure’ that should govern judicial appointments.

Recently, there was controversy when one court in its annual report was frank enough to disclose how many years it would actually take to make it ‘pendency free’. Here again I must caution that ‘disposal’ may not equate to ‘efficiency’. The quality of disposal also matters. Good quality high court decisions would also ease the burden on the Supreme Court justices, who are tasked with putting high court verdicts to scanner. This would bring us back to the appointments procedure, which is also an extension of the colonial mechanism which was then designed to ensure that only those native lawyers who would conform to English justice would be called to serve upon the bench.

Conceded that name changes are a less expensive option, but the time has come to bite the bitter pill. The judiciary is the third wing of the government and no ‘development’ or ‘acche din’ will be touching us with a barge pole unless we get our act in order and transform this wing into a truly post-colonial, vibrant institution reflecting aspirational India.