'Given the stature of the applicant, it was expected that he ought to have exercised his authority, in these circumstances, and prevented participants from the erring such inflammatory opinions.' 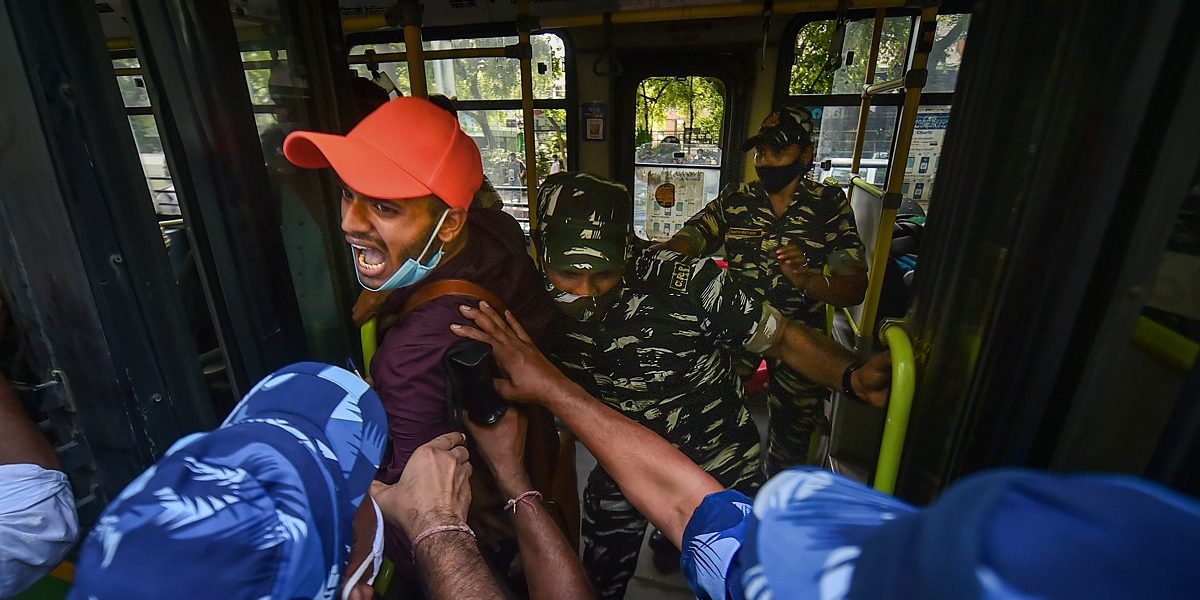 LiveLaw has reported the court having observed that Sing was clearly seen “actively participating” in incendiary sloganeering at Jantar Mantar.

Hundreds of people had attended the protest organised by ‘Bharat Jodo Aandolan’ on August 8, demanding a uniform civil code. People gathered at the even chanted inflammatory slogans threatening the lives of Muslims. Videos of the incident had been shared multiple times, after which a police case was filed.

Preet Singh was arrested on August 10, along with BJP leader Ashwini Upadhyay, Deepak Singh, Deepak Kumar, Vinod Sharma and Vinit Bajpai. Three others had eventually been arrested in connection with the case.

DCP (New Delhi district) Deepak Yadav had told Indian Express that Preet Singh is known to Upadhyay, who has – since his arrest and bail – denied that he had been among the organisers.

Singh heads the ‘Save India Foundation’ and allegedly organised the event on August 8. Additional Sessions Judge Anil Antil noted that Singh had participated actively in individual capacity and also the “the main organiser of the event,” for which the Delhi Police had denied permission and which flouted COVID-19 protocols entirely.

“Given the stature of the applicant, it was expected that he ought to have exercised his authority, in these circumstances, and prevented participants from the erring such inflammatory opinions in the larger interest of the public/Committee welfare. On the other hand, applicant is clearly seen actively participating in the incendiary speeches alongwith his other associates,” the court said. 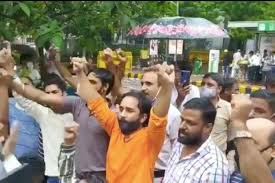 Singh’s anticipatory bail plea was turned down on August 12. He had argued in court that his offences were bailable in nature and that his “his inalienable right to freedom of speech cannot be curtailed by the arbitrary acts of the executive.”

The court noted that this right is not absolute and also that Singh’s gestures of support and clapping for other participants who were making inflammatory speeches.

A day ago the Delhi high court refused to grant interim protection from arrest to president of Hindu Raksha Dal, Bhupinder Tomar alias Pinky Chaudhury who is similarly accused of raising communal slogans at Jantar Mantar on August 8.

“Prima facie, there are all kinds of slogans and speeches being given. Let the status report be given,” said the judge as the matter was listed for further hearing on September 13.

Tomar’s counsel submitted that his client was granted interim protection by the trial court and that he was not the one who was shouting the objectionable slogans.

“I want to know where you were (at the time of sloganeering). You were not present at all?..Let me have the complete status report,” the court responded.

Prosecution counsel Tarang Srivastava informed that he has already shared the video and the transcript of the allegedly objectionable sloganeering to the court.

Earlier this month, a sessions court had dismissed Tomar’s anticipatory bail application, saying, “We are not a Taliban state.”