Trust and Respect Have to Be Earned, Even by Our Judges

The chief justice's rebuke to Harsh Mander raises a number of questions. 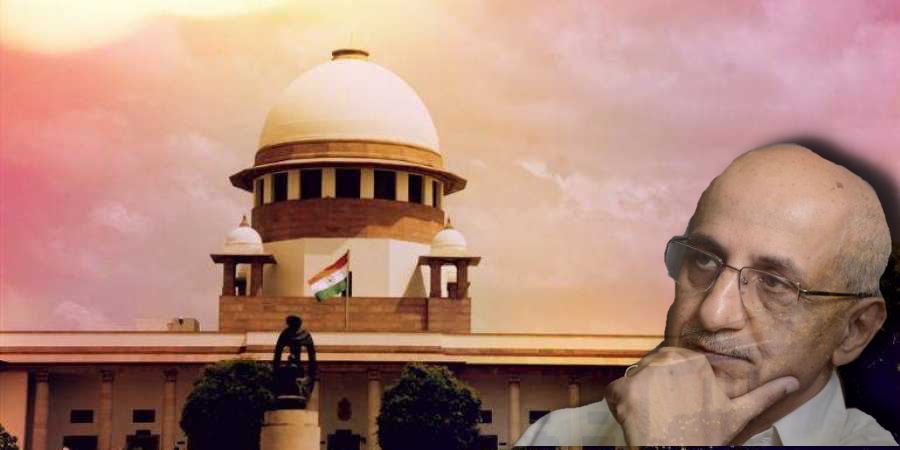 With these words, Chief Justice Ranjan Gogoi lashed out at activist Harsh Mander, who had sought his recusal in a case involving the inhuman conditions in which suspected foreigners have been held for years in Assam. Mander was also reprimanded for having decided to appear on his own, without the help of a lawyer. He was told that he does not and cannot understand the intricacies of the law. Therefore, he should not have thought of arguing his case.

Why was Mander before the highest court of the land? And why was he there unaided? The activist had earlier filed a petition before the Supreme Court, through his lawyer Prashant Bhushan. It talked about the plight of people who have been identified as foreigners in Assam and placed in detention centres. They have been languishing there for years, separated from their families.

Mander managed to visit some of these detention centres, which are nothing but jails within jails. The inmates, he observed, didn’t even have access to some of the facilities enjoyed by ordinary “Indian” jail mates. Mander moved a petition before the court with the plea to grant humane treatment to those found to be foreigners, allow them legal aid and – in cases where no country is willing to take them in – declare them refugees or stateless persons and allow them to live in India with a long-term visa and work permit.

The petition did not question the process of the National Register of Citizens, despite the fact that it has been and is still being used as a weapon by the Bharatiya Janata Party to stoke anti-Muslim hatred. Whether the court will realise that it was, in some way, responsible for this is hard to guess. But let us leave all of that aside. The fact remains that Mander had gone to the court with a very limited humane appeal – supported by international and national legal provisions. And the court had asked the government of Assam to respond.

Here’s how Gautam Bhatia – a lawyer, not a layman – analysed the proceedings, which ultimately prompted Mander to seek Chief Justice Gogoi’s recusal:

“According to accounts of the oral proceedings, the government of Assam brought forward a plan to secure the monitored release of foreigners who had been in detention centres more than five years. The plan entailed the detainees paying a hefty deposit amount of Rs 5 lakh, having their biometric details taken, and then set free from the detention centres.”

“The Chief Justice-led bench reacted to this with great anger, questioning the government repeatedly about its failure to deport individuals who had been held to be foreigners (this has been a common theme of every hearing). The Chief Justice claimed that the government was asking the bench to be “a part of an illegal order where a foreigner who has no right to stay in the country will remain and sign a bond and so on.”

He further lectured the government about what it should have been arguing, noting that “the stand of the government of India and the state of Assam should be that the foreigners detenues should be deported as soon as possible. But we do not see that stand, Mr Chief Secretary.”

When the amicus curiae made the rather basic point that technically, deportation cannot be carried out without the host country’s cooperation, the chief justice’s only response was “we can say that the government has failed to do its job”.”

If a legal mind like Bhatia thinks the way Mander feels, the concern cannot be dismissed. The court seems to be in a tearing hurry to complete the NRC process. The idea of deportation is fantastic, to put it mildly. The government of Assam did come up with a proposal to release the detainees, even if on impossible conditions, but the court refused to entertain that. Instead it asked what the government has done for speedy deportation.

As Bhatia put it,

“it is the government that wants to release detainees from detention centres, and the court that wants to stop it. Which is the political executive and which is the sentinel on the qui vive? Who is the protector of rights, and who the encroacher?”

Last week, former judges such as Justice Madan B. Lokur, Justice A.P. Shah and others signed a statement issued by the Commonwealth Human Rights Initiative expressing disappointment over “recent statements by the Chief Justice of India on a complex matter relating to illegal detention and deportation”. They further said that it was “unacceptable if any Indian of any religious denomination is harmed by negligence, wilful prejudice, wrongful confinement and prosecution”.

When some of India’s finest legal minds have joined issue with Chief Justice Gogoi’s remarks on detention and deportation, can Mander really be faulted for expressing his disquiet as a petitioner and seeking the judge’s recusal?

It is still fresh in our memory that a judge recused himself from a panel looking into a former court employee’s sexual harassment allegations against the CJI. Sadly, his recusal was not a voluntary decision by the concerned judge. It was only after the affected woman raised doubts about his impartiality, given his personal proximity to the CJI and his earlier statement on the case, that he chose to do so.  So it is not that judges don’t have to be made aware of their biases. They should not be offended when a person like Mander approaches them.

Also read: Rhetoric Aplenty on ‘Foreigners’ in Assam but Neither State nor SC Has Viable Solution

The irony is that Justice Gogoi was among the four judges who told the country last year that all is not well with the judiciary and that democracy was in danger. It’s a different matter that they went back to their courts without explaining to us what had prompted their move, and why we should now assume that all is well.

The point about learning to trust in the judges confounds me. I have been told since I was a child that respect and trust are not taught, they are earned. It is for the institutions to inspire trust – and not order us to learn to have it. The conduct of the Election Commission does not inspire confidence in me about its impartiality. During elections, it is our umpire. But it has decided to side with one player. And I have every right to doubt it.

I do not want my trust in the judiciary to weaken. But are there no biases there? Have our lordships never erred?

The threat of specialised speech choking ordinary speech is a question our justices need to deal with. If laymen like Mander and others didn’t exist, it would be impossible for the judiciary to look just. After all, it was not voluntary action on behalf of the courts that give Bilkis Bano her first real shot at justice, nor did the courts move on their own when thousands in Delhi, Bhagalpur or Gujarat were massacred.

These are extraordinary times. With hard nationalism and majoritarianism on the ascendant, the task of all our institutions is to go out of their way to save the country and its constitution. For the courts not to recognise that its response in matters related to the NRC is adding fuel to the fire of majoritarianism is a tragedy.