The petitioner has said that the Varanasi civil court judge while ordering a survey of the mosque on April 8 had acted in the "most arbitrary manner" against "judicial discipline". 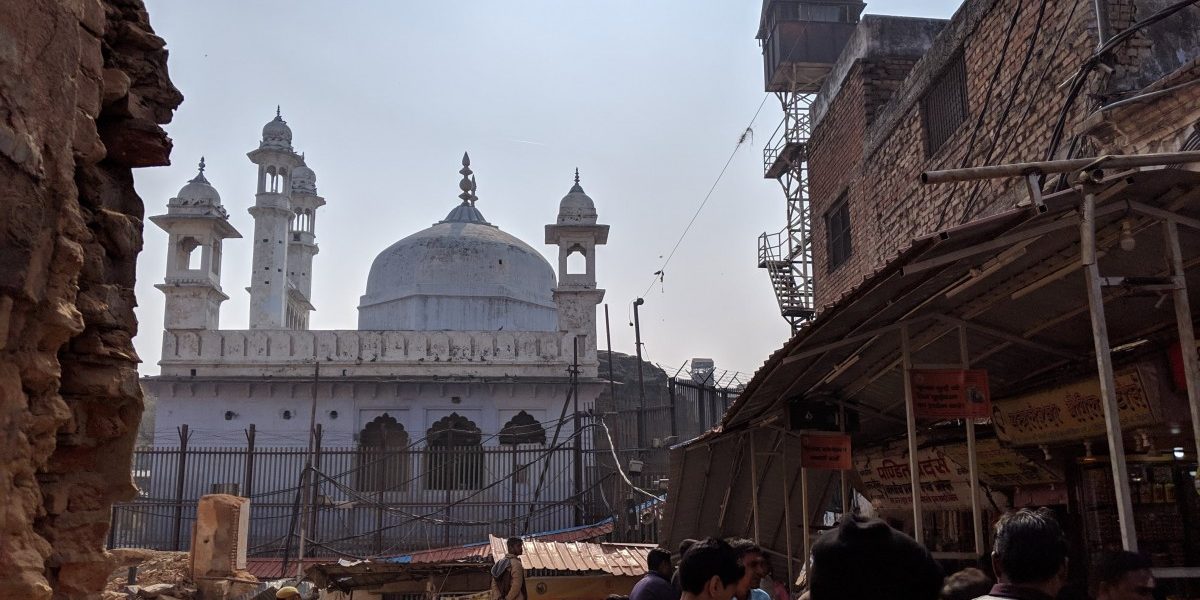 New Delhi: The Anjuman Intezamia Masjid Varanasi, representing Gyanvapi Masjid, has moved an urgent application before the Allahabad high court to stay the April 8 order of Varanasi civil court directing the Archeological Survey of India (ASI) to carry out a survey of Gyanvapi Masjid located adjacent to the Kashi Vishwanath Temple, according to LiveLaw.

The petitioner has said that the civil court judge while passing the order had acted in the “most arbitrary manner” against “judicial discipline”, as the matter has been pending before the high court, constraining him from passing orders as the judge concerned did so when the temple side moved an interim application before the civil court.

“[It is] against the spirit of complete justice as well as the challenge to the entire suit proceeding and its authenticity,” the petitioner argued.

On April 8, the Varanasi civil court in addition to the ASI to ‘survey’ of Gyanvapi Mosque also ordered that a five-member committee be constituted comprising experts in archaeology. Two of the members should ideally be from the minority community, the court had said.

During the survey and other research, the court held, Muslims must still be allowed to offer namaz at the site. However, the public and media will not be allowed to watch or be briefed about the survey proceedings. The results of the survey are to be given to the court in a sealed cover.

The Varanasi court’s order upends the Places of Worship Act of 1991, which declared that “the religious character of a place of worship existing on August 15, 1947, shall continue to be the same as it existed on that date” and that “no suit, appeal or other proceeding with respect to … such matter shall lie on or after such commencement in any court, tribunal or other authority.”

The 1991 law was passed in the wake of the agitation underway at the time by Hindutva groups for various mosques – including the Babri Masjid in Ayodhya, the Gyanvapi mosque in Varanasi and the Idgah in Mathura – to be converted into temples. The Places of Worship Act excluded the Babri Masjid from its purview since a civil suit was already pending but barred any fresh attempts to convert an existing place of worship from one religion to another.

The Supreme Court has admitted a number of challenges to the constitutionality of the 1991 law, including two filed by Bharatiya Janata Party MPs, but the law remains in force.

The temple side’s petitioner, Vijay Shankar Rastogi, along with four others, claims that the Gyanvapi Mosque came up in 1669 after Mughal emperor Aurangzeb pulled down a portion of the 2,000-year-old Kashi Vishwanath Temple. Rastogi said he has filed the petition in his capacity as the next friend of the Ancient Idol of Swambhu Lord Vishweshwar.

The petitioners claimed that it was King Vikramaditya who had built the temple about 2050 years ago in the middle of where the Gyanvapi Mosque currently exists and consecrated idols of Lord Vishweshwar. It was partly pulled down several times during the period of Muslim rule in India, the petitioner said.