Acquitted After 16 Years in Jail, Kashmiri Man Imagines a Life That Could've Been

Gulzar Ahmed Wani was a 28-year-old PhD student when he was picked up by the police. After being tried in 15 different cases, he is finally going to walk out of jail. 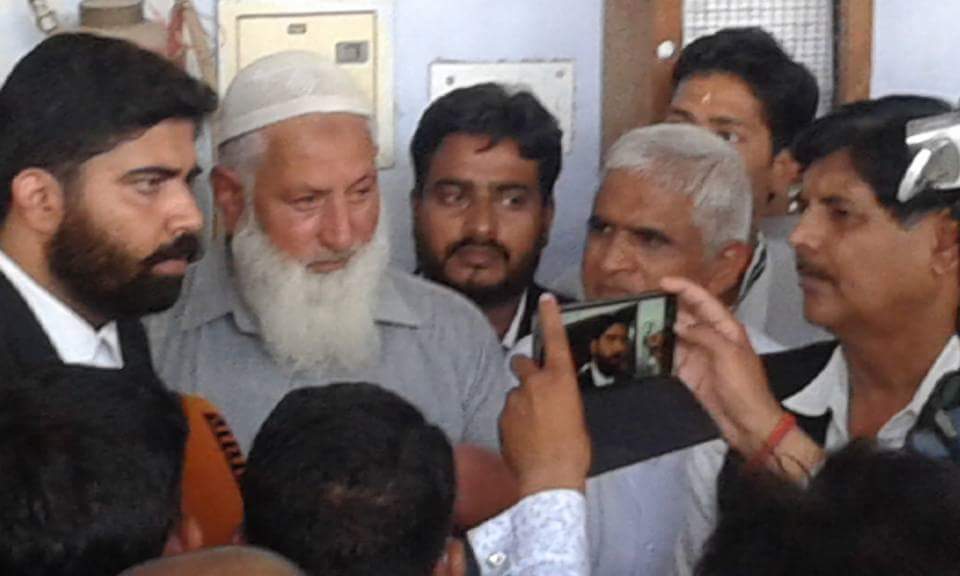 Srinagar: On Saturday (May 20), after languishing in different jails in Delhi and Uttar Pradesh for the past 16 years, 44-year-old Gulzar Ahmed Wani was acquitted by a court in Barabanki, UP of the charges of carrying out the Sabarmati Express train blast in 2000 that killed nine.

A resident of the Tapper Bala area of North Kashmir’s Baramulla district, Wani was 28 and a second-year PhD student in the Department of Arabic at Aligarh Muslim University when he was picked up on July 30, 2001 by Delhi police’s special branch from Kamla Nehru market in the capital. He ended up spending 16 years in jail waiting for his acquittal.

Gulzar’s family was hoping against hope and praying for his acquittal after arguments were completed by the defence lawyers earlier this month, on May 12. His father, Ghulam Muhammad Wani, travelled all the way from his home in Baramulla to Barabanki. This time, he came hoping for justice, for a reunion with his son after 16 long ears of separation. He feels that justice, though delayed, was finally delivered by the court.

“He was arrested and imprisoned on false cases but the truth can never hide,” said Ghulam, relieved after his son’s acquittal. “We had faith in the judiciary and it has finally delivered justice to my son.”

Accusing Gulzar of conspiracy, the prosecution had earlier submitted before the court that “the blast [on board the] Sabarmati Express on 14.08.2000 was done in pursuance of the conspiracy which was hatched up (sic) in May-2000 at Habib Hall (AMU)”.

However, the defence lawyers had argued before the sessions court that the prosecution relied heavily on a witness “namely Shyam Bihari, who happens to be the sole witness of the circumstance and he is not credible because this witness has been examined thrice in all the above three sessions trial cases arising out of Crime No. 148/2000”. The witness gave different versions, the prosecution said, and so is “neither wholly reliable nor wholly unreliable.”

The additional sessions Judge M.A. Khan in his judgment acquitting Gulzar said, “The lives of students were deliberately spoiled by filing a chargesheet without any proof. Without proper legal sanctions, cognisance of the case was taken illegally.”

After his arrest in 2001, Gulzar was implicated and tried in 15 different cases, out of which seven were registered in Delhi, two in Maharashtra, and six in UP. The sessions court’s order on May 20, acquitting him in the Sabarmati express train blast, was the last case pending against Gulzar. He now stands acquitted in all the earlier cases, except one registered at Kamla Nehru police station in Delhi, in which the court quashed all charges but convicted him under Section 4 of the Explosive Substances Act. The 10-year sentence for this has already been suspended by the Delhi high court.

Gulzar was also accused of being a member of the Hizbul Mujahideen and police, in its chargesheet, had alleged that he “organised meetings of Hizbul cadres and SIMI activist.” Apart from alleging his involvement in the Gomti and Sabarmati express blasts, he was also accused of planting an improvised explosive device at India Gate in January 1999, of carrying out a blast in Agra during US President Bill Clinton’s visit in 2000, of carrying out a blast at the Lucknow Vidhan Sabha in August 2000 and of several other blasts. He was also accused of being on the payroll of Pakistan’s intelligence agency, the ISI. 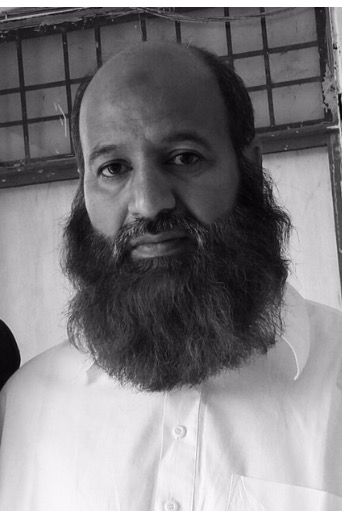 However, all these charges levelled by police fell flat before the court, which questioned the legality of the evidence and witnesses’ statements. In almost all the cases, the witnesses were either police personnel or serving government employees.

Gulzar had moved dozens of applications for bail, but every time his plea for conditional and temporary release was turned down. All these years, he had been anticipating the day he can step out of prison.

Last month, on April 25, when a bail application was moved to the Supreme Court, the bench comprising of Chief Justice J.S. Khehar and Justice D.Y. Chandrachud termed the incarceration of Gulzar a “shame” and directed the UP government to complete the examination of witnesses by November 1. Otherwise, the bench said, it would grant him bail.

The bench had observed that the accused was acquitted in all cases except the Sabarmati express blast case and the trial was “deliberately delayed” to keep him in jail.

The last 16 years have been testing times for the Wani family. Although they lived in Kashmir, their thoughts were always with their son. They were worried about his wellbeing. Gulzar was first kept in Tihar jail, then in Kanpur and subsequently in Lucknow jail.

“There was not even a single moment when I didn’t think about him,” said his father, Ghulam, a retired electrical department employee of the Jammu and Kashmir government. Apart from being a good human being, his father said, Gulzar was doing very well in his studies when he was arrested. “We were expecting him to return home as the first PhD scholar from our village, but see what destiny had in store for us,” he said

Gulzar studied in Darul Uloom Madrasa in Baramulla and later went to Jamiatul-Falah, Azamgarh for further studies. After finishing his studies from Jamiatul Falah, he enrolled for a bachelor’s degree at the Aligarh Muslim University, from where from he also completed his master’s degree. Before his arrest, Gulzar had twice cleared the National Eligibility Test.

“But his arrest shattered all our dreams. We thought that he was mistakenly picked up by the police and will be released within months or within a year, but years turned into a decade and then six more years…,” his father said. “He spent the crucial years of his study and career in jail for a crime he never committed.”

Whatever money Ghulam earned in the last 16 years was spent fighting his son’s case. “Almost every penny earned from my apple orchards went towards paying the legal fees for his case,” he said. “I am a time keeper in electrical department and that meagre salary sustained my six children and my wife for the past 16 years.”

While Gulzar languished in jail, at home his two sisters and his brother got married. Their children haven’t yet met their uncle.

“At every marriage function we would all miss him a lot,” said his father. “But there was nothing we could do except for having faith in Allah that one day he will come out of jail.”

Gulzar’s brother Muddasir Ghulam Wani was just 12, studying in class five, when his brother was arrested. He is now pursuing an MSc in medical physiology from Jaipur, Rajasthan. He still remembers how they were all waiting for Gulzar to finish his PhD and start a school back in the village.

“During those days, when I used to ask my father about Gulzar, he would say that he will be released this year, that year…and how these 16 years have passed… only God knows how,” said Mudasir, pausing in between to gather his thoughts. “We even had kept a piece of land to construct the school and it is still waiting for his return.”

He feels Kashmiri youth like his brother are implicated in random terror cases with which they don’t even have a remote link. “I was a child when my brother was picked and as I grew up, I realised how Kashmiri youth are wrongly held  in terror cases and then they are left to rot in jails before they’re finally acquitted,” said Muddasir.

“But what about those lost years?” he asks. “Who will return Gulzar’s 16 years?”

Advocate Abubakr Sabbaq, who was one of the defence counsels in the Sabarmati express blast case, terms Gulzar case “a classic example of false implication of Muslim youths, particularly Kashmiris, in terror cases.”

“There was not even a singal witness or any kind of evidence; there were only disclosure statements taken by the police while they had him in their custody and they easily implicated him in more the a dozen cases, which have taken 16 precious years of his life,” said Sabbaq.

He said the police and investigative agencies ruined the life and career of a bright student. “The court has recommended action against the police officials, but there must be a permanent mechanism for accountability,” he said. “Those implicating innocent youth on flimsy grounds should be prosecuted.”

Back home, Gulzar’s family and local residents of Thapar Bala are eagerly waiting to see their boy, who is now a middle-aged man, after more than a decade. But they might have to wait a little longer.

Gulzar hasn’t yet been released from Lucknow jail. “There’s little bit of a clarification required from Nagpur jail. He will be shifted to Nagpur and released from there only,” his counsel said. “It may take a few more days before he finally walks free.”