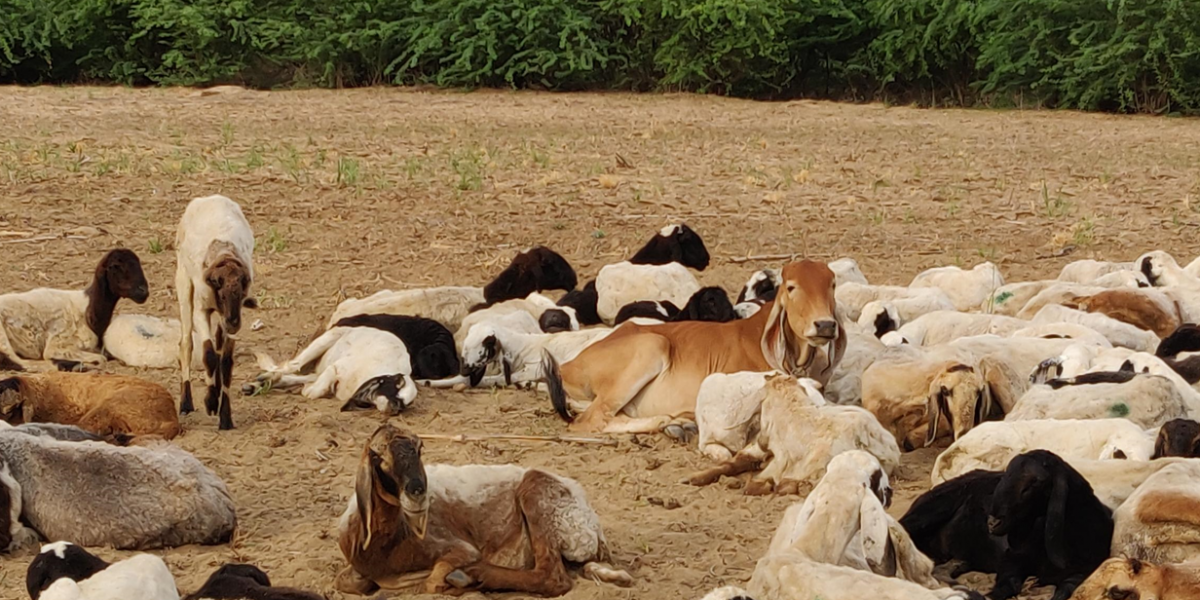 New Delhi: A district court in Gujarat has sentenced a 22-year-old man to life imprisonment for illegally transporting cattle. In a unique order, the Principal District Judge Samir Vinodchandra Vyas said that all the problems of the earth will be solved if cow slaughter is stopped.

The legal news websites LiveLaw and Bar and Bench have reported on this November 2022 order by a Tapi court. The original order is in Gujarati. It pertains to a case of one Mohammad Ameen, who was arrested in August 2020 for transporting 16 cows, allegedly without proper arrangement for the animals to sit, eat or drink. In addition to the life imprisonment and what Bar and Bench calls ‘several lesser punishments,’ Ameen was also fined Rs 5 lakh by the court.

Judge Vyas, in the order, calls the cow the holiest.

“A cow is the living planet of 68 crore holy places and 33 crore gods. The obligation of cow on the entire Universe defies description. The day when no drop of blood of cow drops on the earth all problems of earth will be solved and the well being of the earth will be established,” he says.

The judge also expresses dissatisfaction with the nature of cow protection laws in the order. Ameen was booked under several laws including the Gujarat Animal Preservation (Amendment) Act, 2017, Prevention of Cruelty to Animals Act, 1960, Gujarat Control of Animal Transport Order, 1975 and the Gujarat Essential Commodities and Animal Control Act, 2015 and the Central Motor Vehicles (Amendment) Act, 2015.

He also appeared to ascribe today’s problems – among which he identifies emotional issues – to the slaughter of cows.

“The problems that exist today are because of the increase of the irascibility and hot temper. The only reason for increase is the slaughter of cows. Till this is completely prohibited the saatvik climate change cannot have its effect,” the court said.

Calling cow slaughter a matter of “pain and sorrow,” in his order, the judge also extols milk, curd, ghee, cow-dung and cow urine. The order also makes scientifically disproved and erroneous claims on the last two.

“Science has proved that houses made of cow-dung are not affected by atomic radiation. Use of gaumutra [cow urine] is a cure for many incurable diseases. Cow is the symbol of religion,” the judge claimed.

Multiple health experts have summarily debunked such claims, often made by Hindutva leaders.

The order also states that wealth and property “disappears” when cows are unhappy.

“If we look at the present situation it would become clear that 75 per cent of the cow wealth has been lost or destroyed. Now only 25 per cent has remained,” the order said.

Cows’ wellbeing has been at the centre of the ruling Bharatiya Janata Party’s Hindutva politics. Self-appointed cow protectors in various towns and villages are known to subject Dalit people, Adivasis and members of Muslim communities to brutal physical abuse – that has at times ended in their death – in the guise of protecting cows.

In Gujarat, ahead of the assembly polls last year which BJP won, cows emerged an election issue with charitable trusts running cow shelters setting the animals free by the thousands in protest against the BJP government’s alleged apathy in funding them.