The petitioner alleged that the government and SSNNL want to evict around 5,000 tribals of six villages "under the guise of tourism development projects without following due procedure under the Land Acquisition Act". 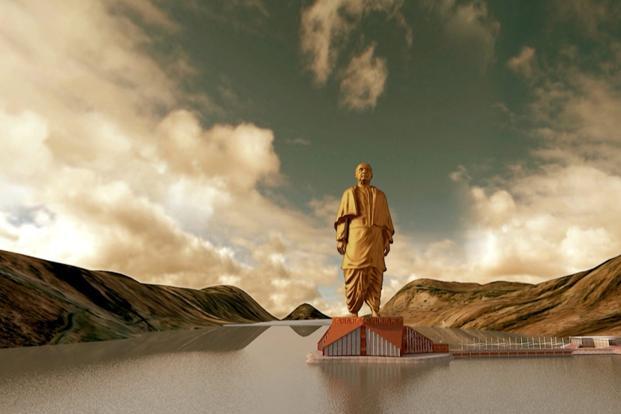 Ahmedabad: In a relief to tribals living near the Statue of Unity in the Narmada district, the Gujarat high court on Thursday ordered ‘status quo’ with respect to the acquisition of land for various tourism projects and asked the state government not to evict anyone till further orders.

The interim relief to tribals was given by a bench of acting Chief Justice A.S. Dave and Justice Biren Vaishnav while hearing a Public Interest Litigation (PIL) against the ongoing land acquisition process in six villages situated close to the 182-metre tall statue of Sardar Vallabhbhai Patel at Kevadiya near the Sardar Sarovar Dam.

These villages are Kevadiya, Vagadiya, Navagam, Limbdi, Kothi and Gora.

Apart from asking the government to maintain ‘status quo’ and not to go ahead with the land acquisition, the high court also served notices to the Gujarat government and Sardar Sarovar Narmada Nigam Ltd (SSNNL).

Further hearing will be held on August 21.

The PIL was filed by city-based environment activist Mahesh Pandya.

In the petition, Pandya alleged the government and SSNNL want to evict around 5,000 tribals of these six villages “under the guise of tourism development projects without following due procedure under the Land Acquisition Act”.

The PIL claimed that though the government has been claiming that the land in question was already acquired in the 1960s, when the Sardar Sarovar Dam was coming up, its actual possession remained with the villagers as the authorities never utilised that land.

Now, the government and SSNNL have started the process of taking the actual possession, claiming the land in question was already acquired and the villagers have to shift elsewhere, said the PIL.

Since the original acquisition has already lapsed and possession remained with tribals over the last 58 years, the government cannot take the land back from the villagers now, Pandya argued.

Though the respondents (government & SSNNL) have large tracts of unused land at all such villages, they want these tribals to shift elsewhere.

“Once the acquisition has lapsed, the respondents have no right, title, or interest in the land in question,” said the PIL.

“The proceedings of the land acquisition lapsed long back and the respondents cannot claim to evict these villagers from different parcels of land which, though shown in the name of SSNNL or government, are in actual and physical possession of the tribal villagers,” it added.

The PIL alleged that SSNNL and district collector of Narmada “have started forcibly evicting the villagers without following due process of law”.

The petitioner claimed the land is being acquired for tiger safaris, hotels and other buildings planned near the Statue of Unity to develop tourism.

Even before Prime Minister Narendra Modi unveiled the statue on October 31 last year, people from the surrounding villages had protested and said that the government was spending vast amounts on a statue while their poverty continued. Over 1,500 farmers of four districts – Chhota Udepur, Panchmahals, Vadodara and Narmada – had even threatened to drown themselves during the unveiling because they have been waiting 11 years to be paid their dues for sugarcane they sold to a mill that later closed down.

In addition, protesting tribals had torn down posters that celebrated the statue’s completion, and replaced them with posters of Birsa Munda. Local tribal leaders had also boycotted the function, citing the destruction of natural resources due to the memorial.