The police pressed several charges against them, includingforgery for purpose of cheating, fabricating false evidence with intent to procure conviction for capital offence, among others. 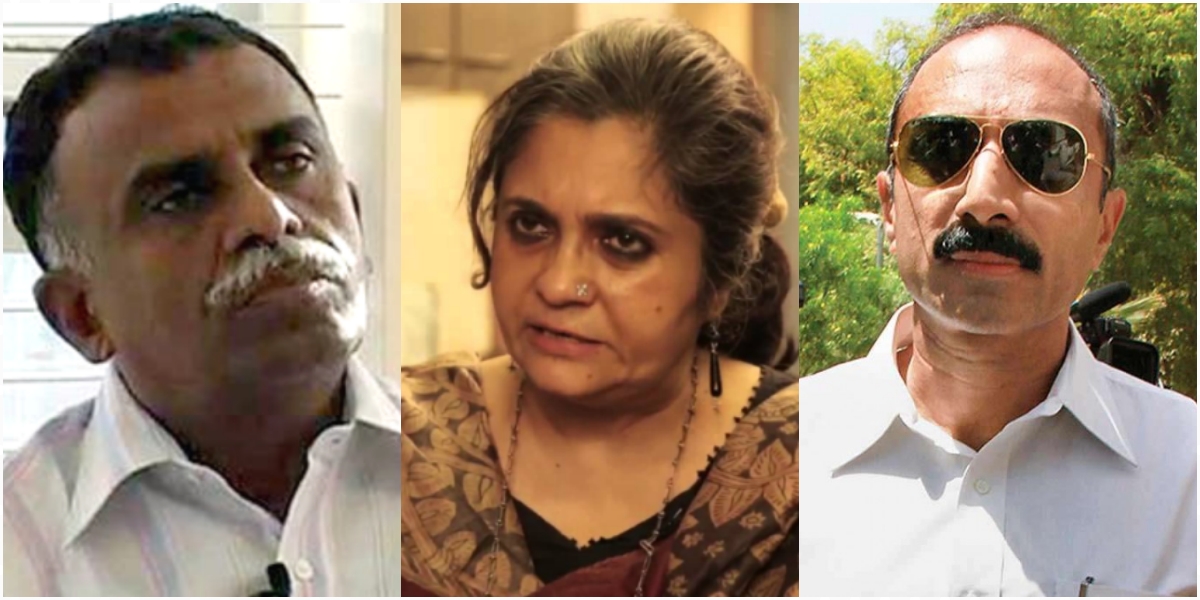 New Delhi: A special investigation team (SIT) of Gujarat Police on Wednesday, September 21, submitted a chargesheet against activist Teesta Setalvad, and former police officers R.B. Sreekumar and Sanjiv Bhatt in a case of alleged fabrication of evidence in connection with the 2002 Gujarat riots cases.

Setalvad “conspired” to create false cases against then Gujarat chief minister Narendra Modi, his cabinet colleagues and senior BJP leaders in connection with the 2002 post-Godhra riots, the chargesheet claimed. It also accuses Setalvad of working with Congress leaders to spread “misunderstanding” among riot victims that Gujarat was not safe for them.

The investigating officer and assistant commissioner of police B.V. Solanki told news agency PTI that the chargesheet was filed in the court of the chief metropolitan magistrate here.

Former IPS officer-turned-lawyer Rahul Sharma had also been made a witness in the case, he added.

The accused have been charged under sections 468 (forgery for purpose of cheating), 194 (giving or fabricating false evidence with intent to procure conviction for capital offence) and 218 (public servant framing incorrect record or writing with intent to save a person from punishment or property from forfeiture) of the Indian Penal Code (IPC), among other provisions.

The chargesheet is based on a first information report (FIR) registered by the Ahmedabad Detection of Crime Branch on the very same day when the Supreme Court upheld the clean chit given to then Gujarat chief minister Narendra Modi, his council of ministers and several bureaucrats on their role in the 2002 riots case.

Setalvad, arrested in the last week of June, was released on interim bail following a September 2 order of the Supreme Court. Sreekumar remains lodged in the jail in the case. The third accused, Bhatt, is in jail in Palanpur where he is serving life sentence in a 1990 custodial death case.

The trial in the case will be held before a sessions court.

What does the chargesheet say?

The 6,300-page charge sheet cites 90 witnesses. Among them are Indian Police Service officer-turned-lawyer Rahul Sharma and Congress’s Rajya Sabha MP Shaktisinh Gohil, said Solanki. A.K. Malhotra, a member of the Special Investigation Team appointed by the Supreme Court to look into the riots cases who had questioned Modi, is also among the witnesses.

Among the documentary evidence in the chargesheet is a copy of the complaint filed by Zakia Jafri in June 2006 in which she had accused 63 persons including Modi of wilful dereliction of duty in preventing the riots.

Zakia Jafri’s protest petition filed in the Magistrate’s Court of Ahmedabad in April 2013, copies of nine affidavits filed by R.B. Sreekumar before the Nanavati-Shah Commission, and copies of fax and emails sent by Bhatt are also among documentary evidence. Jafri’s depositions in the Gulberg trial are also understood to be part of it.

In the chargesheet, the SIT accused the trio of instituting false and malicious criminal proceedings against innocent people including Modi and other leaders of the ruling BJP. The three accused met Congress leader late Ahmed Patel, it said, alleging that they conspired to create fabricated evidence against Modi and BJP leaders.

Setalvad also received Rs 30 lakh at Ahmed Patel’s behest in 2002, the chargesheet said, adding that as secretary of the NGO Citizens for Justice and Peace, she worked with leaders of the Congress party to spread misunderstanding among people in relief camps that Gujarat was unsafe and they will not get justice in the state.

Sreekumar submitted fabricated affidavits before the Justice Nanavati and Mehta Commission of Inquiry formed to look into the 2002 riots cases and also threatened a witness, it said. Bhatt falsely claimed to be present at the meeting at the chief minister’s bungalow on February 28, 2002, and submitted a fabricated affidavit before the commission and the Supreme Court, it claimed.

Note: Allegations made in the chargesheet were added to this story after publication.