The Aligarh University Act of 1920 was passed to protect fundamental rights of Muslims, so why is the government now tampering with it? 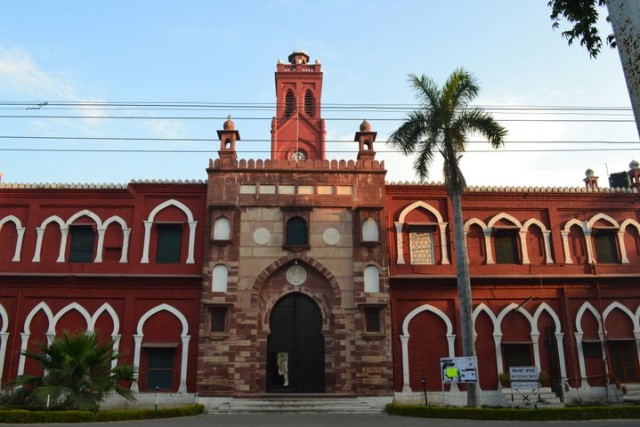 Protection of minorities is the hallmark of a civilisation, said Gandhi. The framers of the constitution showed utmost sensitivity to the needs and aspirations of the minorities. G.B. Pant, while moving the resolution to set up an advisory committee on fundamental rights and the rights of minorities, explicitly stated that “satisfactory solution of questions pertaining to minorities will ensure the health, vitality and strength of the free state of India… now it is necessary that a new chapter should start and we should all realise our responsibility. Unless the minorities are fully satisfied, we cannot make progress; we cannot even maintain peace in an undisturbed manner.” Accordingly, special safeguards were guaranteed to the minorities and were incorporated in the chapter on fundamental rights with a view to inculcate in them a sense of confidence and security.

In this context, the recent decision of the Government of India opposing the minority character of Aligarh Muslim University and Jamia Millia Islamia University has shaken the confidence of the Muslim minority.

The assertion by the attorney general that the executive of a secular country cannot set up minority institutions and that the Government of India is in agreement with the 1967 five judge bench decision of the Supreme Court and two 2005 judgments of the Allahabad High Court in respect of Aligarh Muslim University, has initiated an avoidable political debate in the country. If the government wants to oppose the minority character of AMU, it should do it before a seven judge bench.

The importance of minority rights

A number of TV channels debated the issue and did discuss the efforts of playing Muslims against Dalits and OBCs in the context of the all important Uttar Pradesh assembly elections. But most discussions missed out on the fundamental issues which are involved in this historic case of huge constitutional importance: Why have special minority rights been given in the constitution in the first place? Can minorities establish universities? How can the minority character of an institution be determined? Who would determine this status? Can fundamental rights be waived? Can parliament pass a law helping the incorporation of a minority university? If a minority institution accepts governmental supervision in order to ensure efficiency of administration and safeguard itself from maladministration, does it loses the minority tag?

The state under Article 30(2) cannot, in granting aid to educational institutions, discriminate against any educational institution on the ground that it is a minority institution. The Supreme Court has given highly liberal interpretations to expressions used in Article 30, which is the only fundamental right which has not been subjected to any restrictions as far as the text of the constitution is concerned and thus has been termed as an absolute right. The apex court has held that term ‘educational institution’ includes a ‘university.’ Similarly it said expression ‘of their choice’ means ‘of their choice’ and it is within the power of minorities to expand their choice as much as they want. It is thus possible for a minority community to make a choice of a central university with some governmental supervision and whose degrees are recognised on par with degrees of other universities.

To say that Aligarh Muslim University is not a minority institution is to restrict the ambit of Article 30 of the constitution.  TV anchors and BJP spokespersons are not fully aware of the evolution of minority jurisprudence through apex court decisions post 1967. The Supreme Court’s line of argument in the Aziz Basha case had been as follows: since the Governor-General in Council established AMU, Muslims do not have the right to administer it. It is strange that AMU was not a party before the Supreme Court. The conclusion of the court was primarily based on the Aligarh Muslim University Act, 1920. The court concluded that the Muslim community surrendered its minority character in lieu of the recognition of its degrees.

Parliament clarified the doubts raised in Basha by the 1981 Act that AMU was merely incorporated by Parliament and that the university had in fact been established by the Muslims themselves as ‘an institution of their choice.’ Parliament also clarified that MAO College and AMU are one and same. To say that Basha is still good law is to deny both the fact as well as law as it stands today after the 1981 amendment. The Allahabad High Court unfortunately termed the 1981 amendment as unconstitutional. The primary issue before the Supreme Court now is to examine the constitutionality of the AMU amendment of 1981.  The only test to examine the constitutionality of central law is to ensure that the subject on which parliament has legislated must not be under the exclusive jurisdiction of the state assemblies. AMU is specifically mentioned at entry 63 of the Union list and therefore the legislative competence of parliament as to the 1981 amendment cannot be questioned. Even in the Basha case, parliament’s power to make amendments in the AMU Act was upheld by the apex court.

Now what did parliament do in the 1981 Act? It deleted the expression ‘establish’ from the long title and preamble of the Act to make it clear that 1920 Act was not intended to establish AMU. Since Basha, it has been clearly held that the Muslim community will have the right to administer AMU if they had established it. Thus Parliament has removed the basis of the Supreme Court’s decision by giving legislative recognition to the historical facts about the establishment of the university. Had the 1981 Act been before the Supreme Court in 1967, the court would not have held that AMU is not a minority institution.

In a catena of cases, the Supreme Court has held that judicial decisions can be rendered ineffective by parliament. Recently, the Modi government overturned a property case decided by the Supreme Court in favour of the family of the Raja of Mahmoodabad by promulgating an ordinance on enemy property. Similarly on jalikattu, a government notification had overturned an earlier Supreme Court decision. In the Vodaphone case too, the apex court decision was overturned by a retrospective amendment.The 2005 Allahabad High Court decisions have gone against this well-known principle in quashing the 1981 amendment and questioning parliament’s power to legislate.

No impinging of fundamental rights

Parliament has been prohibited from passing any law which impinging on fundamental rights. But parliament has all the powers to enact laws for the protection of fundamental rights. The Aligarh Muslim University Act, 1920 was a law passed by the legislature to promote the fundamental rights of the Muslim minority. Similar laws have been passed in different states for incorporating number of minority universities. Several deemed universities of minorities have been established by the Ministry of Human Resource Development under Section 3 of the UGC Act, 1956.

The law is settled that fundamental rights cannot be waived. Basha wrongly held that the Muslim community in its long negotiations with the government had surrendered the right to administer Aligarh Muslim University. The media ought not to see this case from the communal angle. It is now for the apex court to decide these contentious and complex constitutional issues.

Faizan Mustafa is the Vice-Chancellor of NALSAR University of Law, Hyderabad