Navlakha, 70, walked out prison around 6 pm on Saturday. A police team took him to a building in Belapur-Agroli area of Navi Mumbai where he would be staying. 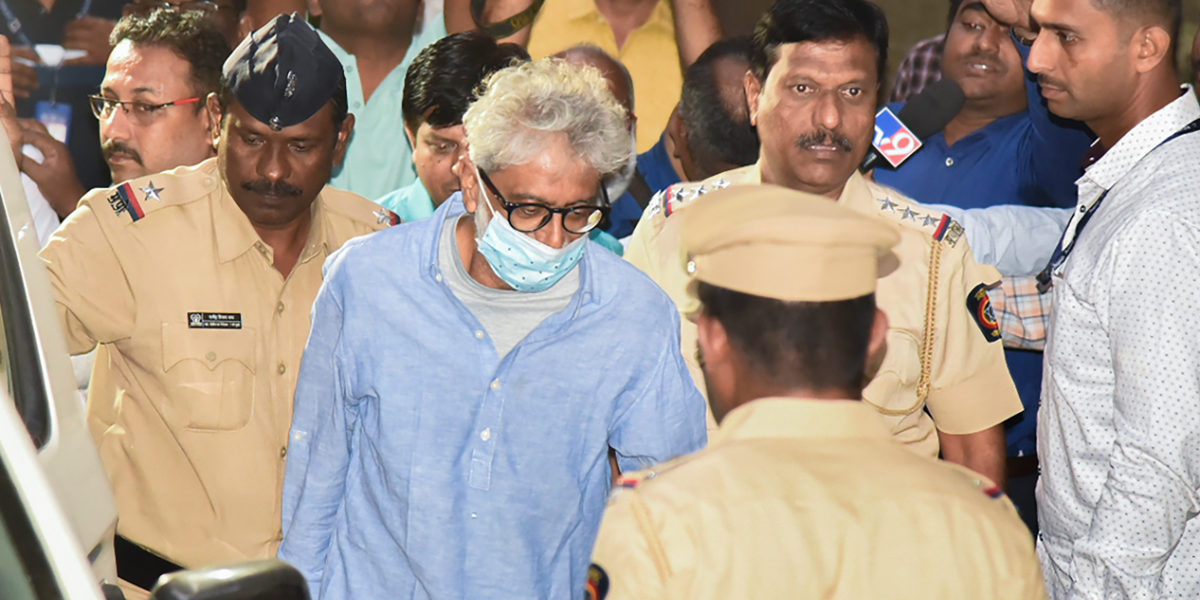 New Delhi: Activist Gautam Navlakha walked out of prison on Saturday evening, November 19, and was taken to a building in Navi Mumbai where he will be living under house arrest.

The 70-year-old was named an accused in the Elgar Parishad case by the NIA, which has also arrested several activists, scholars and lawyers in connection with it.

His release from Taloja prison after more than two years came nine days after the Supreme Court earlier this month granted his plea seeking house arrest on medical grounds.

Navlakha walked out of prison around 6 pm on Saturday. A police team took him to a building in Belapur-Agroli area of Navi Mumbai where he would be staying.

However, the National Investigation Agency (NIA) had sought that Navlakha’s shift to house arrest from the prison be put on hold, initially citing security concerns about the premises and then noting that the residence was above a library of the Communist Party of India.

Taking a dim view of the NIA’s objections, the top court had said, “If you are trying to find out some loopholes to see that our order is defied, we will take a very serious view of it…If with the entire police force you cannot keep a watch on a 70-year-old ailing man, then think about the weakness…please do not say such a thing. With all the might of the State, you are not able to keep a 70-year-old ailing man in house confinement.”

On Friday afternoon, November 18, the apex court upheld its November 10 order and said he must be put under house arrest within 24 hours.

The case relates to alleged inflammatory speeches made at the ‘Elgar Parishad’ conclave held in Pune on December 31, 2017, which Pune police claimed triggered violence the next day near the Koregaon Bhima war memorial on the outskirts of the western Maharashtra city.

The Pune police had claimed the conclave was backed by Maoists.

The case was later handed over to the NIA.

One of them, tribal rights activists Stan Swamy, passed away in July last year, after he had contracted COVID-19 in prison.

The 84-year-old was denied medical care for over ten days before he was finally moved to a hospital on May 30, 2021. He had complained of fever and weakness during those ten days.

In fact, he was moved to a hospital only after the Bombay high court had intervened.

After Swamy’s death, his lawyer Mihir Desai had demanded a judicial inquiry into the matter. He had held the NIA and the Taloja central prison responsible for Swamy’s death.