"What's the guarantee that more people will not be targeted for their beliefs and principles in the future?" 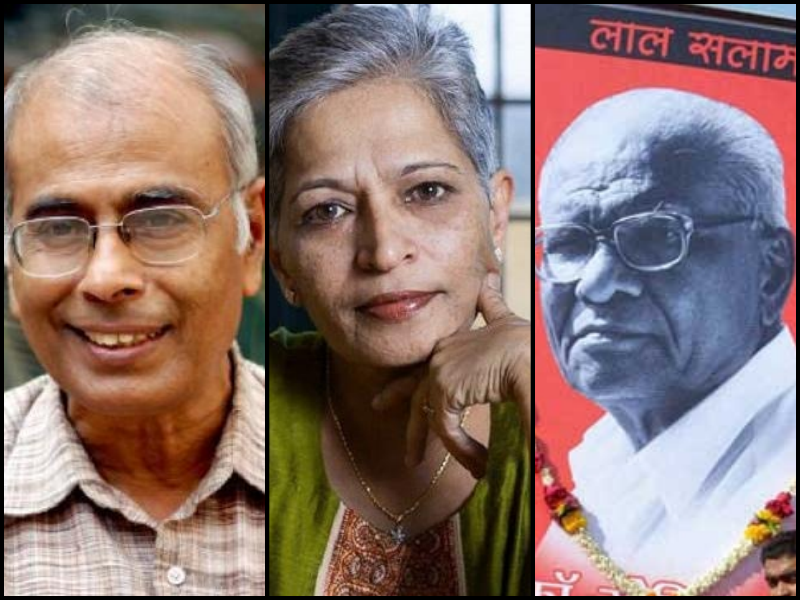 New Delhi: Alluding to the murder of noted journalist-activist Gauri Lankesh outside her home in Bengaluru in early September, the Bombay high court on Thursday (October 12) said that the “trend of killing people who believe in liberal principles is dangerous” and is bringing disrepute to the country.

According to an Indian Express report, the court added that today there was no respect for liberal values and opinions.

“Not just thinkers but any person or organisation that believes in liberal principles can be targeted,” said the division bench of Justices S.C. Dharmadhikari and Justice Bharati Dangre while hearing a petition urging the court to oversee the probes into the murders of rationalists Govind Pansare and Narendra Dabholkar.

The families of the two had approached the Bombay high court over the the lack of seriousness in the investigation of their murder cases, Hindustan Times reported.

“It’s like if there is some opposition to me, I must have that person eliminated,”Justice Dharmadhikari observed.

Dabholkar was shot in Pune in August 2013 while Pansare was killed in Kolhapur in February 2015.

While the CBI and the Maharashtra Crime Investigation Department (CID) had submitted their probe reports in the Dabholkar and Pansare murders respectively, the bench observed that the progress made by the authorities so far had failed to yield any concrete results.

The probe into Lankesh’s murder has revealed that among the key suspects, five are linked to the right-wing group Sanatan Sanstha. Three among them – Rudra Patil,  Sarang Akolka and Vinay Pawar – had also emerged as suspects during the investigation into the killing of Dabholkar, Pansare and Kannada scholar M.M. Kalburgi.

“The fact remains that the prime accused are still absconding. And between every adjournment in the case, one more precious life is being lost,” the bench said. “What’s the guarantee that more people will not be targeted for their beliefs and principles in the future? If the accused persons and organisations are feeling emboldened, then the probe agencies should take that as a challenge.”

Responding to the petitions, additional solicitor general Anil Singh said the CBI has done its best to trace the suspects in the Dabholkar case. He added that the probe agency has secured cyber inputs that may lead it to the accused, according to Hindustan Times.

The bench noted that the investigative agencies should alter their line of investigation. “They have organisational backing, funding, technological support and arms at their disposal.”

According to Indian Express, the court, however, dismissed the apprehensions of Abhay Nevagi, counsel for Dabholkar and Pansare’s families, that the probe agencies were not looking into the role of Sanatan Sanstha.

“While the court can’t make details of the probe public, we can say this much that the probe reports have examined all angles. They have not ignored the possibility of the role of Sanatan Sanstha in the case.”