From the Station to the Streets, Justice Muralidhar Gets a Warm Welcome in Chandigarh

Banners welcoming the judge to the Punjab and Haryana high court were seen in the city. 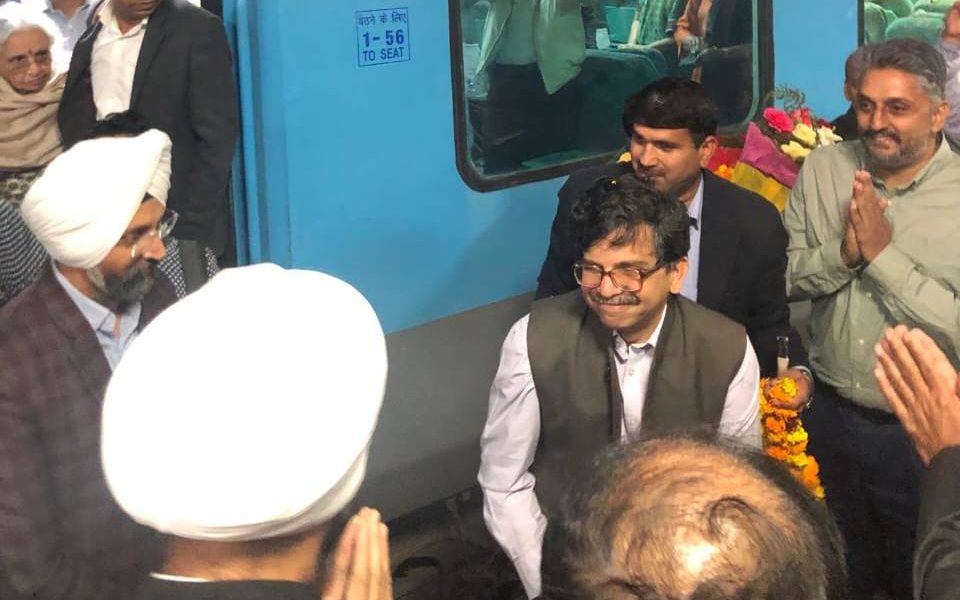 New Delhi: Hours after receiving an extraordinary farewell from the Delhi Bar Association, Justice S. Muralidhar was received in Chandigarh with a rousing welcome by several members of Bar Council of the Punjab and Haryana high court on March 5 night.

Speaking to The Wire from Chandigarh, Karanjit Singh, the chairman of the Bar Council of the Punjab and Haryana high court, said, “I myself was present at the railway station on March 5 night to receive him. Altogether we were about 50 of us. We have also put up two banners in Chandigarh to welcome him.”

Singh said, “[People from] Punjab and Haryana are always known for their hospitality, so receiving him at the railway station was to convey to him that he is welcome. There is nothing wrong in it.”

Photos shared by lawyer and council member Amarbir Singh Salar on Twitter showed a number of lawyers welcoming a smiling justice with bouquets. A welcome banner from “Lawyers from Punjab and Haryana High Court” could also be seen.

The banners put up by the council stated: “Delhi’s Loss – Punjab’s Gain”. 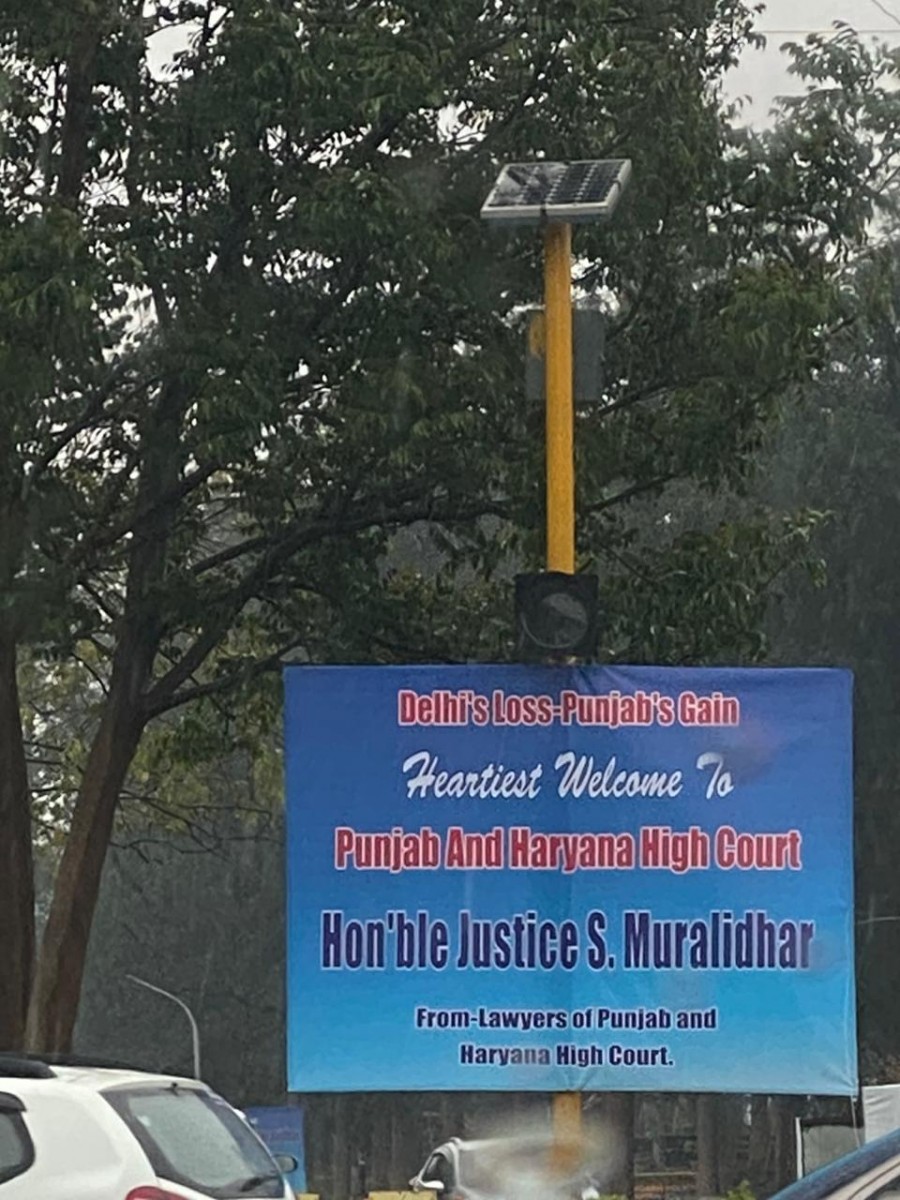 Justice Muralidhar’s abrupt transfer to the Punjab and high court on February 19 by the Supreme Court Collegium was heavily criticised by the Delhi Bar Association, besides several legal luminaries questioning its timing. The Association expressed “shock, dismay and outrage” at the Collegium’s decision to transfer out the third senior most judge of the Delhi High Court. It also resorted to a day’s strike against it on February 20.

Also read: Justice Muralidhar on the Distinction Between Neutrality and Impartiality

The transfer of Justice Muralidhar, who served the high court for 14 years, came at a time when he was hearing some important petitions related to the recent Delhi riots, which has claimed at least 53 lives. The justice had also pulled up Delhi Police for failing tot take appropriate and timely action to quell the violence. He also questioned solicitor general Tushar Mehta for not following the Lalita Kumari guidelines on registering an FIR against BJP leaders Kapil Mishra, Anurag Thakur and Parvesh Varma for delivering inflammatory speeches prior to the riots.

Gurinder Pal Singh, former chairman of the Bar Council, termed the welcome given to the justice on March 5 night by the lawyers as “unusual”.

“This shows that the bar always acknowledges the contribution of such persons occupying the chair of higher echelon of judiciary having deep constitutional insight and committed to constitutional values,” he said.

Singh, who was also the former additional advocate general of Haryana, added, “The impartiality, fairness and fearlessness of a judge always make him/her darling of the bar and the grand welcome given to Justice Muralidhar at the Punjab and Haryana High Court as well as the grand farewell given to him by the Delhi Bar Association is a testimony to this.”