From Hope to Despair, Sixty Years of the Indian Society of International Law

The institution urgently needs reform so as to realise its basic objectives and re-establish its lost glory. 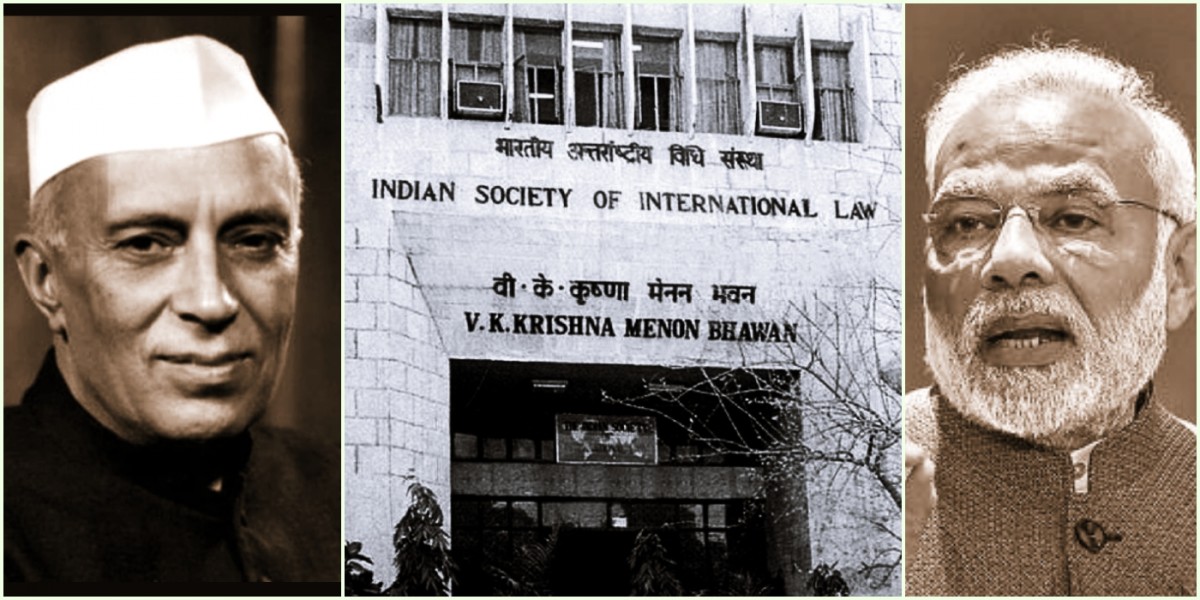 The Indian Society of International Law turned 60 this year but an honest stock-taking of its work in the past few years suggests it is in urgent need of renewal. The ISIL was registered as a society on February 9, 1959 and inaugurated during a two-day conference in Delhi in August 1959. Its patron was the then prime minister, Jawaharlal Nehru. In his inaugural address, Nehru expressed deep concern over various problems at the global level and emphasised the role international law societies could play:

“I do not suggest that the Indian Society of International Law is in a position to solve these problems, but it is important that these problems should be considered by this and other such societies and organisations, so that a strong public opinion should be built up and ultimately, I suppose, it is this strong and widespread public opinion that will make the difference.” (1 IJIL 1960-61, p. 7)

Nehru said he hoped the ISIL would help bridge the gaps between the theory and practice of international law and thereby contribute to overcoming the challenges confronting the international community.

The ISIL has earned a reputation in the field of international law under the leadership of distinguished scholars such as Nagendra Singh, Upendra Baxi, V. S. Mani, R. P. Anand and Rahamatullah Khan, to name a few. However, for the past several years, its performance has not been not up to the mark. Though it has broadened its activities to include summer and winter courses on international law, moot court competitions etc, unfortunately, its programs and events are not producing the desired results. Rigour and quality are often missing in the organisation of its regular activities and there are structural reasons for this.

It is worth examining how it is that persons with little or no exposure to international law have managed to get elected to the society’s top positions.

In ISIL, a person contesting the election for an executive post has to be a life-member. The EC has the power to grant life-membership to an applicant on the basis of the following criteria as printed on the application-form of life-membership, available on the website of the Society:

Over the years, however, the criterion for life-membership has not been strictly followed.

Next, ISIL’s rules, regulations and bye-laws do not specify the conditions of eligibility to become president or vice-president. While other such societies across the world have also not laid down eligibility criteria (except the Chinese Society of International Law), they follow an unwritten rule that the person being elected on the top position must be sincerely engaged with international law, and also willing and able to fulfil the objectives of the society. In India, regrettably, this tradition has often been ignored in case of elections for few of the top positions.

The next problem with the ISIL is the declining salience of its conferences. The ISIL regularly organises an annual conference but for the past few years, these have become ritual events which do not make any contribution to international law. The lack of commitment is apparent at almost every stage of the annual conferences. The kind of quality discussions and debates which Nehru once hoped for now rarely occur. Even when contemporary international law issues are taken up – in the 2019 conference the themes included climate change and cross border terrorism – the conference could not take up these problems to the level of creating “strong and widespread public opinion”, as Nehru envisioned.

To be fair, the ISIL in 2001 began organizing standalone international conferences, which is indeed a welcome step. So far, nine such conferences on emerging areas of international law have been organised. These were certainly better than the ritualistic annual conferences in many aspects. Yet, their contribution to international law is not clear. Since the formation of the ISIL, India has encountered several international challenges, including cross-border terrorism, boundary disputes with Pakistan and China, the delimitation of maritime zones, refugees, the diplomatic protection of its nationals abroad, and so on. However, the ISIL could not take a legal position by adopting resolutions in its conferences so as to create wider consensus – a tradition other societies follow. For example, the American Society of International Law has so far adopted eight resolutions on international legal issues, the latest being a Resolution on the Use of Armed Force and the Treatment of Detainees, adopted in 2006.

The ISIL has also experienced a setback in relation to its flagship publication, the IJIL. Undoubtedly, the journal has earned world-wide reputation over the time. It is not just one of the older journals of international law but is well regarded internationally. In 2015, the journal’s publication was assigned to Springer, an international-level publishing house which made the IJIL available online as well. This was definitely a value-addition to the periodical. Moreover, Springer added an important segment in the journal, ‘State Practice of India: Indian Practice relating to International Law’. However, in the Annual General Meeting of the ISIL held on May 5, 2019, it was decided to discontinue the publication of the journal with Springer. Here, it is worthy to note that the journals of the American and Asian societies of international law are published by Cambridge University Press, while the European and Chinese societies of international law publish their journals through Oxford University Press. In such a scenario – where quality journals join hands with reputed international publishers for wider reach and readership – terminating the IJIL’s arrangement with Springer is a regressive step. This is not to say that volumes published prior to the engagement with Springer lack quality. In fact, the journal has occupied a prestigious position at the international level since its inception. But the shift away from Springer will rob IJIL of its greater potential.

Of course, publishing the IJIL through Springer – which makes its articles available online at a price in foreign currency – adversely affects its readership in many countries. Now that it has disengaged itself from Springer, the ISIL should make the journal freely available online, as the Indian Law Institute has done. This will not only increase its readership but also help in the fulfilment of its objectives.

The ISIL also needs to pay attention to its website and library. For instance, the archives of the IJIL and ISIL Yearbook have not been updated online for the past few years, and there are no details of the annual conferences, seminars and lectures conducted by the society before the year 2000. The ISIL has published many notable books as well; however, the list of books is not available on its website.

The ISIL library has a rich collection of books and periodicals on international law, and its catalogue can be accessed online. ISIL members can access the library for free, whereas others can use it on liberal terms. Curiously, though, the proceedings of the conferences convened prior to 2000 are not available in the library.

Taken together, all of these factors, big and small, have affected ISIL’s performance and contribution. As with other institutions in India, its functioning is affected by systemic flaws, political interference and nepotism, which makes it harder to deal with the problems it was established to resolve. The ISIL has the potential to strengthen India’s stand on international law, provided some systemic changes are brought in. The institution urgently needs reform so as to realise its basic objectives and re-establish its lost glory.